Can I use NordVPN for torrenting? How to safely torrent with NordVPN

Not every VPN is suitable for torrenting. Some don't allow it, others are too slow and then there's those that fall short on privacy. So is NordVPN a good choice for torrenting?
Sam Cook Data journalist, privacy advocate and cord-cutting expert 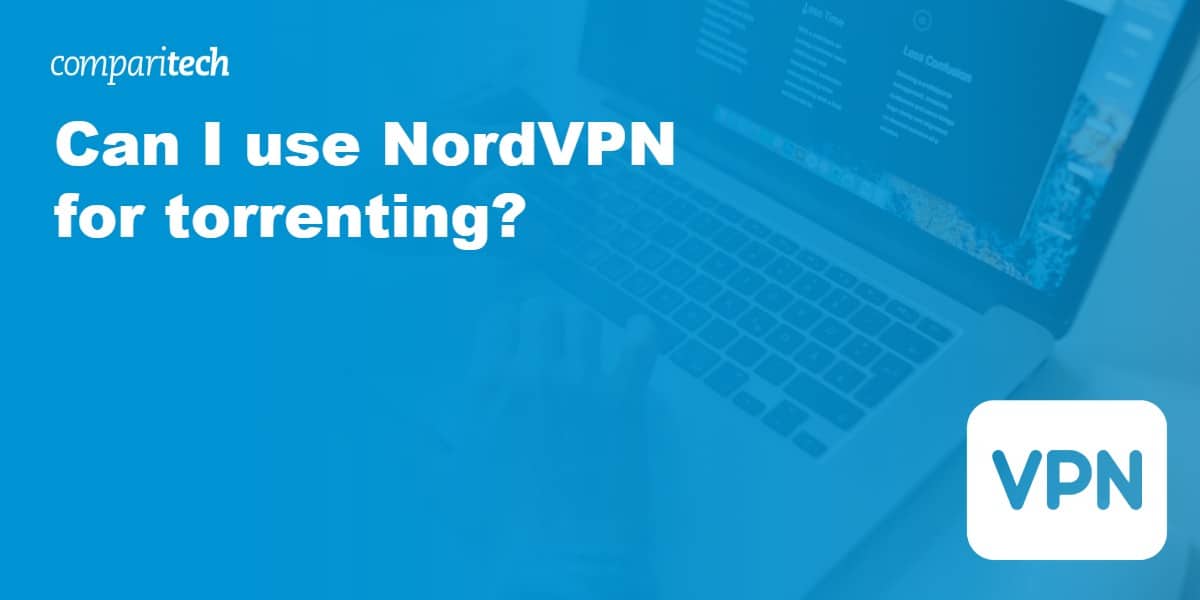 NordVPN is one of the most popular VPN services on the market, thanks in part to its large number and variety of specialty servers, security features, and privacy policies. Beyond that, many users opt for NordVPN because it openly supports and provides infrastructure dedicated to peer-to-peer (P2P) file-sharing. Combined with strong DNS leak protection and a proven no-logs policy.

Jump to: How to torrent safely with NordVPN

However, with VPNs, the devil is often in the detail.

We put Nord VPN through its paces to see if it is safe for torrenters to use. In particular, we wanted to know:

Does NordVPN work for torrenting?

Most VPNs allow P2P traffic, making it easy enough to use any VPN for torrenting. Many even have statements in support of filesharing. Few, however, have servers dedicated and designed to help support P2P traffic. NordVPN fills a bit of a niche market, in that sense, even if it’s not the only service that allows for torrenting.

Below, we’ll explore in more detail why NordVPN is well-suited to torrenting and other forms of P2P file sharing based on its server speeds, server options, and logging and privacy policies.

NordVPN is offering a fully-featured risk-free 30-day trial if you sign up at this page. You can use this highly-versatile, no-logs VPN without any restrictions for a month. That's plenty of time to try out its torrenting-optimized servers and see what all the fuss is about!

There are no hidden terms—just let support staff know within 30 days if you decide NordVPN isn't right for you and you'll receive a full refund. Start your NordVPN trial here.

Why use a VPN for torrenting?

Torrenting became popular in the 1990s and early 2000s because it allows users to significantly reduce time spent downloading files. File downloads are distributed across a large number of peers instead of sourced directly from a single server. Each file sharer (seed) offers part of the file to download, which ultimately increases how quickly the file is downloaded (leeched).

Although torrenting is a legal form of internet traffic, many ISPs throttle all forms of P2P connections because of its popularity among internet pirates. Torrent networks can be fast when unthrottled, but do come with privacy concerns; each individual connected to a torrent shares their IP address with everyone else downloading or uploading the same file.

You can mask your IP address, evade ISP snooping and speed throttling, and still enjoy fast torrent speeds by using a VPN. VPNs also allow users to beat internet censorship in places like China and bypass geographic content blocks anywhere in the world.

How to torrent safely with NordVPN

To get started torrenting on NordVPN, do the following: 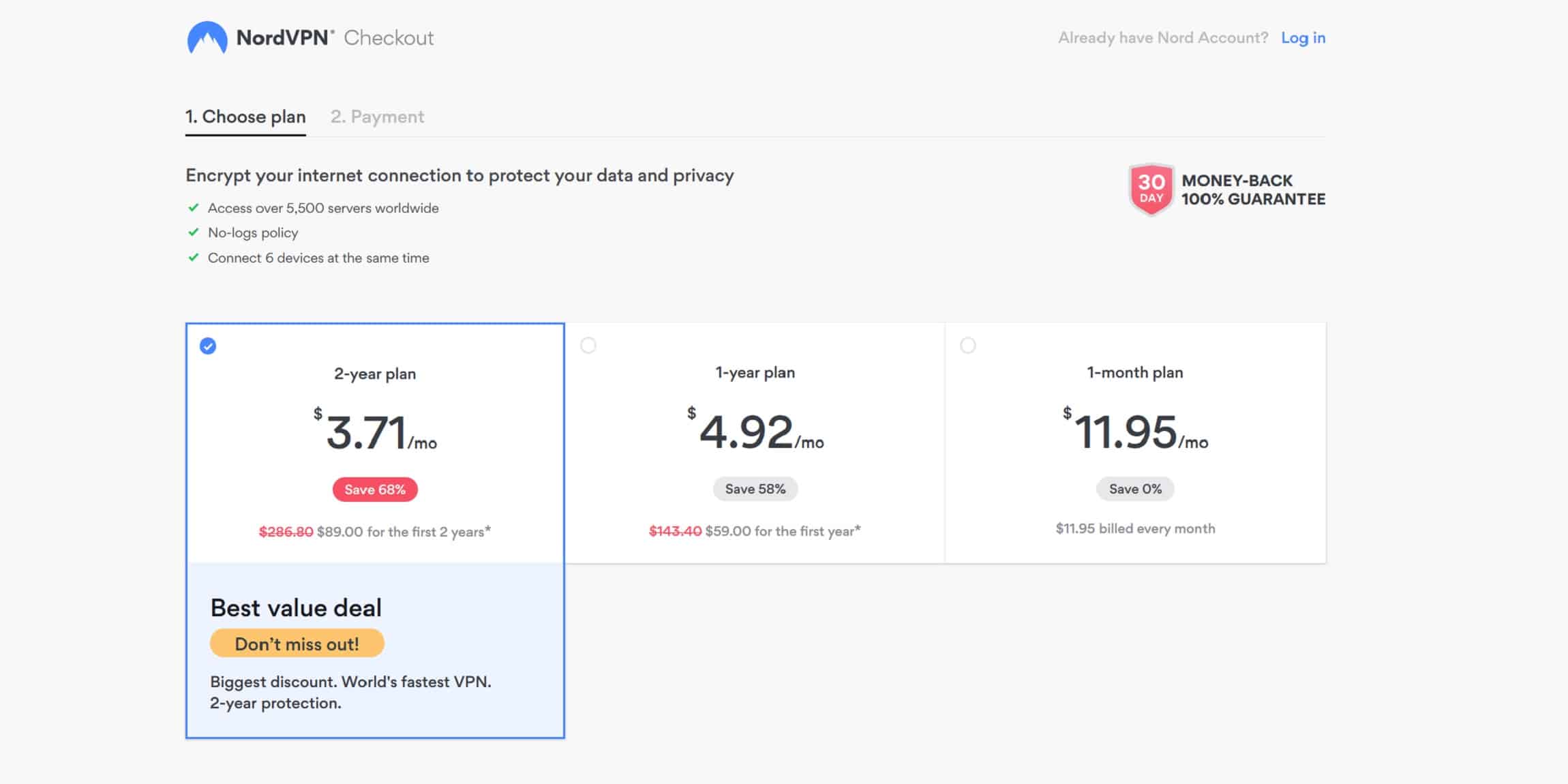 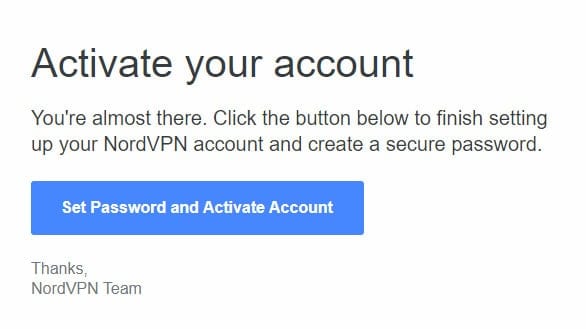 From there, you can torrent without getting speeds throttled by your ISP, and through any torrent site or P2P network.

We recommend you turn on NordVPN’s kill switch before torrenting. The kill switch will shut off your connection in case NordVPN’s software fails for any reason. The automatic shut-off should prevent your true IP address from leaking to the torrent network and give you time to close your torrenting software before you relaunch your internet connection.

To turn on the kill switch, go to the settings section of the app, navigate to the Kill switch tab and turn “Internet Kill Switch” on. 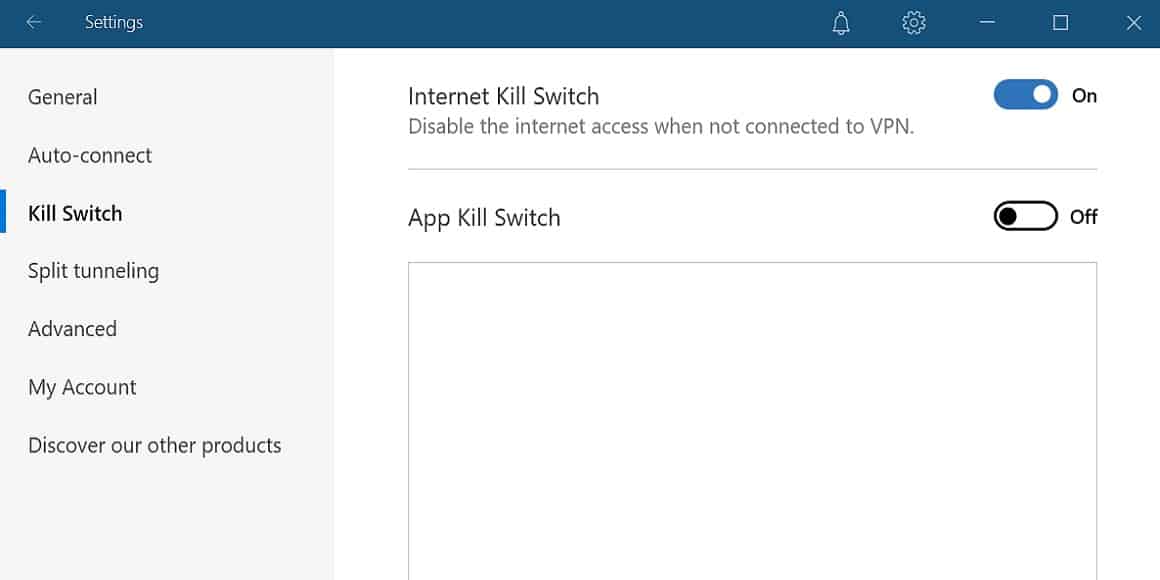 If you just want to apply the kill switch to a specific app, such as your torrent client, NordVPN has an App Kill Switch as well. Simply select “App Kill Switch” in the settings menu, then choose your filesharing app (Qbittorrent, uTorrent, Azureus Vuze, etc).

Putting NordVPN torrenting to the test

You’ll want to verify a few items before taking NordVPN for a torrenting trial run. Check the server’s data and privacy protections, as well as the server speed.

First, it’s important to verify that the VPN is indeed masking your true IP address and not leaking data.

You can do this by performing a DNS leak test both before and after connecting to your desired VPN server. 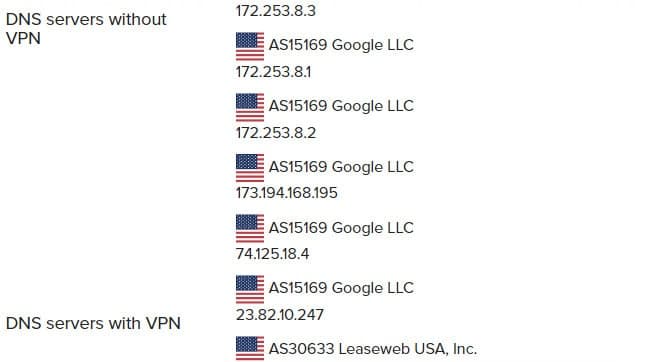 Ideally, you want to see different servers with different IP addresses show up in the two different tests. This sort of result indicates that your VPN is not leaking your IP address through DNS.

If, for any reason, you plan to torrent through a Chrome extension like uTorrent easy client, make sure you also test for WebRTC leaks as well. These are a type of leak specific to web browsers (most notably Chrome and FireFox) that will leak your IP address to STUN servers.

The same test used for DNS leaks will also tell you if you have a WebRTC leak through your VPN when you run the test with the VPN connected.

NordVPN’s encryption and privacy features protect against both DNS and WebRTC leaks, while its kill switch ensures your IP address is protected even if the connection to the server drops.

How to test NordVPN’s torrenting speeds

You can test NordVPN’s torrenting speeds two ways. First, you can connect to one of the dedicated P2P servers, and then run a simple speed test through one of the many speed testing sites available (Speedtest, Google, Fast, etc.). Some ISPs prioritize traffic through the more popular speed testers, like Speedtest and Google, so you may want to try less-well-known options for more accurate results.

Note that all VPNs will reduce your internet speed due to encryption and extra distance to the VPN server. It’s important to test your connection before and after to verify how much speed loss you’re experiencing. For example, here are side-by-side speed tests we performed on a WiFi network and when connected to a NordVPN P2P server:

As you can see, there was some drop-off in speed through the VPN server (to be expected when using a VPN) but not enough to make a significant impact on download speeds through the P2P server.

You can also torrent through any of NordVPN’s other server types. However, the P2P servers are optimized for fast torrenting, so you may experience better results when torrenting through them.

Are there alternative VPNs for torrenting?

NordVPN’s dedicated P2P servers make it a preferred option for torrenting. However, it’s not the only option on the market that combines fast server speeds with the leak protection and security features necessary to keep you secured while torrenting.

At present, ExpressVPN is a good alternative for those who want access to servers in a greater number of countries, while  CyberGhost and SurfShark are cheaper on a per-month basis. All three feature strong security, DNS and WebRTC leak protection, and importantly, kill switches that act as a failsafe if your VPN connection goes down.

Can I use a free VPN for torrenting?

While you can use a free VPN for torrenting, you’ll likely find yourself quickly frustrated. Free VPNs almost always have download caps and speed caps in place, which means slow downloads that can get cut off before they finish.

Many free VPNs also lock key features behind a paywall, including the option to switch between servers. And most free VPNs won’t come with a kill switch, which is a feature we strongly recommend for P2P users who plan to spend any amount of time on file-sharing networks.

Can I use NordVPN with uTorrent or BitTorrent?

NordVPN has specially configured servers designed to provide the best-possible torrenting experience, so there's no reason you wouldn't be able to use popular P2P clients like uTorrent and BitTorrent.

However, it's important to note that you have to use the full app, since NordVPN's browser extension (like most others) only encrypts traffic sent to and from your web browser.

What should I do if my ISP is throttling my bandwidth?

ISPs tend to throttle bandwidth when the user is doing something they don't like, usually a data-intensive task like streaming or torrenting. It's easy for them to target specific activities too, since P2P traffic has a different data pattern than say, day to day web-browsing.

A VPN helps by encrypting every piece of data you send, making it impossible for your ISP to tell what you get up to online. Since they can't tell what you're doing, it becomes much more difficult for them to justify throttling your speeds.