Best VPN for Comedy Central so you can watch it anywhere 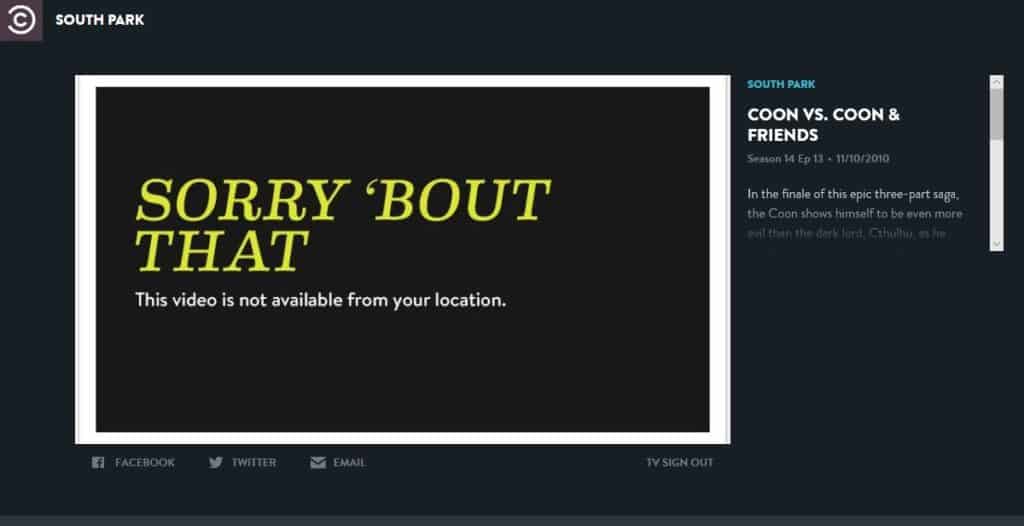 We go into some detail on each of the VPNs we have chosen for this list, but if you can’t stick through right to the end of the article, here’s a summary o our top VPNs for Comedy Central:

ExpressVPN has 33 high-speed servers in the US, so it’s a strong choice for anyone looking to stream HD content with no noticeable buffering. It’s capable of unblocking not just Comedy Central, but also Netflix, Hulu, and Amazon Prime Video. Three connections are allowed at once, so you can watch on whichever device is most convenient.

BEST VPN FOR COMEDY CENTRAL:ExpressVPN is our #1 Choice. Reliably unblocks Comedy Central as well as many other streaming services. Exceptional speeds for buffer-free HD viewing along with total security and privacy. Try it risk-free with the 30-day money back guarantee.

BEST BUDGET VPN:NordVPN is a good value choice. A good all-rounder that works well with Comedy Central. Strong security features and allows up to 6 devices to be used simultaneously from one account. Includes 30-day money back guarantee.

This service uses 256-bit encryption, but that’s just the beginning of its security measures. A kill switch, OpenVPN obfuscation, timed IP address switching, and local traffic blocking features are also available. IPVanish does not log any details of your online activities. Up to five devices can be connected at once, making it possible to protect an entire household of devices with a single account.

LARGE NETWORK:IPVanish is easy to use. Offers strong privacy and security with a large number of IPs and servers plus additional protection against DNS leaks. Fast speeds but not the cheapest on this list. 7-day money back guarantee.

How to use a VPN with Comedy Central 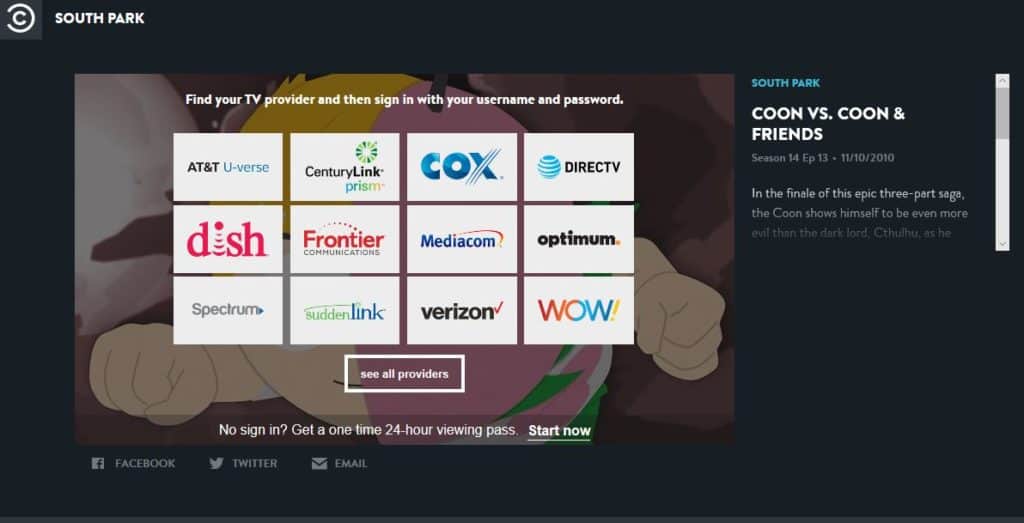 If you try to watch Comedy Central from outside of the US, you could end up with a couple of different scenarios. In some places, such as Canada, you might be asked to log in with your US cable credentials. If you reside outside the US, then it’s unlikely you’ll have a US cable account, so this won’t work for you. There is the option of signing up for a free 24-hour viewing pass. But in our experience, going through the signup process ultimately results in a location error.

In other countries, such as the UK, you’ll simply receive an error message right away, telling you the content isn’t available in your location.

In either case, the solution is simple. You can use one of the VPNs above and connect to an American server. This will make it appear that you’re located in the US and Comedy Central should work with no issues. If you’re still receiving an error or are asked to enter credentials, you could try switching servers or contact support to see which servers are capable of unblocking Comedy Central.