Couldn’t get tickets for the NFL London Games 2019? Read on to find out how you can live stream the Chicago Bears v Oakland Raiders game for free. We’ll even show you how to watch online from abroad with a VPN.
Mark Gill TECH JOURNALIST, VPN AND PRIVACY SPECIALIST 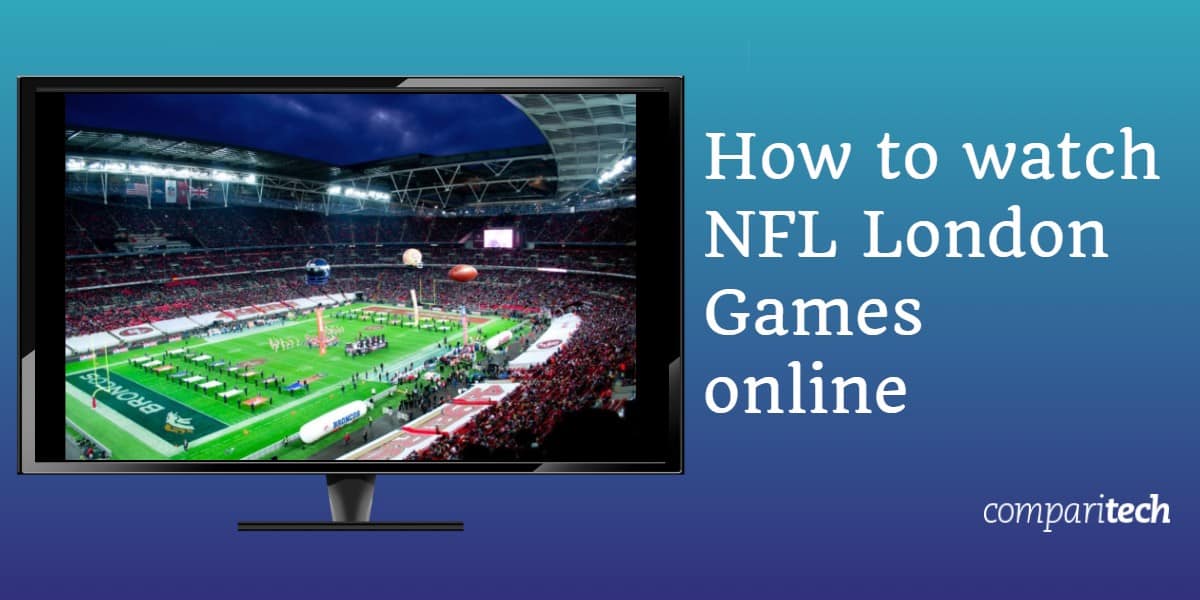 The Chicago Bears vs Oakland Raiders match will take place on Sunday, October 6 at 6 PM BST (1 PM EST / 10 AM PST). The first of four NFL games in London in 2019, it’s also the inaugural NFL game at the new Tottenham Hotspur Stadium. While tickets sold out very quickly, you can still watch online for free with the help of a Virtual Private Network (VPN). In fact, VPNs even make it possible to live stream the Bears v Raiders game abroad (outside the UK).

We’re only recommending official sources to watch the Chicago Bears vs Oakland Raiders live stream. The NFL London Games attracts lots of unauthorized streams. However, these are best avoided if you don’t want to miss out on any of the action as unofficial streams are frequently taken offline due to copyright infringement. They’re also usually of lesser quality, with poor resolution and issues including excessive lag and buffering. Besides, you can watch Chicago Bears vs Oakland Raiders for free online so there’s no need to use unlicensed streams.

The 2019 NFL London Game between the Chicago Bears and Oakland Raiders will only be broadcast on region-locked platforms. This means you’ll need a VPN in order to watch abroad.

How to watch Chicago Bears vs Oakland Raiders live online

Ready to find out how to live stream the London Games matchup between Chicago Bears and Oakland Raiders? Just follow the steps below.

Here’s how to watch to NFL London Games 2019: Bears vs Raiders for free

If you’re still having trouble despite following all of the above steps, don’t worry. It’s worth connecting to another UK server in case the IP address you’re using has been blacklisted. You could also contact your VPN’s customer support for further guidance. Doing so in advance of the NFL London Games 2019 will give you time to address any issues and avoid missing out on the Bears vs Raiders game.

The Chicago Bears vs Oakland Raiders match will be broadcast live, for free, on BBC iPlayer. It’ll also be available on-demand for around a month afterward, so don’t worry if you have other plans on game day.

In order to watch BBC iPlayer, you’ll have to register for a free account. Additionally, while a UK TV license is required to use BBC iPlayer, this service doesn’t actually verify whether you have one or not.

It’s worth knowing that BBC iPlayer is region-locked and only available in the UK. For this reason, you’ll need a VPN and UK IP address in order to watch abroad. ExpressVPN includes a 30-day money-back guarantee which means you can try it risk-free and receive a full refund if you’re not satisfied.

Where else can I live stream Bears vs Raiders online in the UK?

Another option for watching the NFL London Games 2019 in the UK is via Sky Sports. While this isn’t a free option, it may be of interest for existing Sky Sports customers, since it allows you to live stream the 2019 NFL London Games online via the Sky Go app. Sky customers can add the complete sports package to their existing subscription for £23 per month.

If you don’t have Sky TV, there’s the option of watching cable-free via Now TV. With it you can purchase a Sky Sports day pass for £9.99 (there’s also weekly and monthly passes for £14.99 and £33.99 respectively). However, with free-to-watch coverage available, there’s really no reason to watch on Now TV.

Both Sky Go and Now TV are geo-restricted platforms so a VPN is required to watch from outside the UK.

Where else can I watch the Chicago Bears vs Oakland Raiders live stream online?

There’s always plenty of options when it comes to watching NFL games in the US, and the 2019 London Games are no exception. The Chicago Bears vs Oakland Raiders game will air live on Fox. In order to watch online, you’ll need to go to the Fox website and sign in with your US TV provider details.

If you don’t have cable TV, you can still watch Fox Sports via the following streaming services (all of which include a free trial): AT&T TV Now (from $50 USD/month), FuboTV (from $54.99/month), Hulu with Live TV ($44.99/month), PlayStation Vue (from $49.99/month), and YouTube TV ($49.99/month). All of these services are geo-restricted and available only in the US. However, you can unblock them and watch from abroad with a VPN and US IP address. 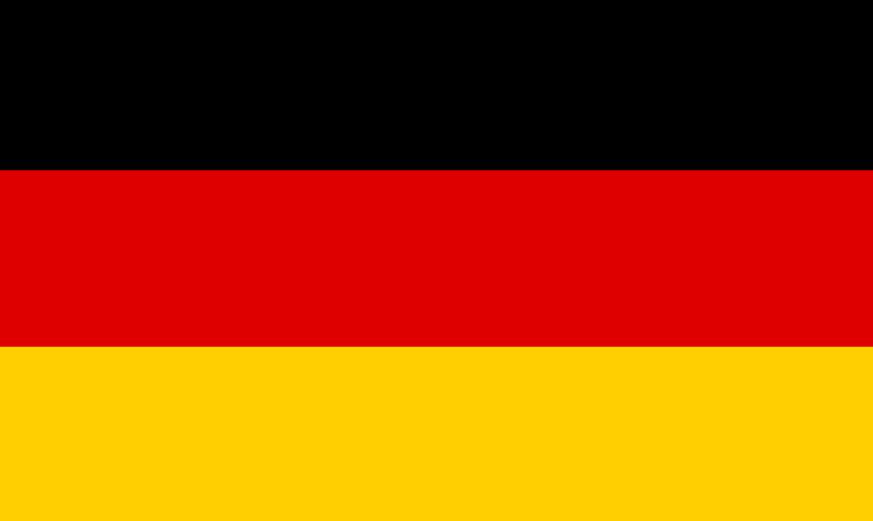 ProSieben is one of the few broadcasters to have secured free-to-air NFL rights. It’s broadcasting two games every Sunday as well as the playoffs and Super Bowl. The Chicago Bears vs Oakland Raiders game will air on ProSieben Maxx. While you can live stream the game for free with ProSieben, a VPN and German IP address is required if you’re planning on watching from outside Germany.

ESPN and ESPN2 will be providing live and on-demand coverage of all regular-season NFL games, including Chicago Bears vs Oakland Raiders. If you’re already a Foxtel customer, you’ll be able to live stream the game via the Foxtel Go app.

However, Foxtel Go isn’t the only way you can watch online with Foxtel. There’s also Foxtel Now — a standalone service that costs $25 monthly for the base subscription and an extra $29 monthly for the Sport package. What’s more, it comes with a 10-day free trial. The Foxtel Go and Now apps are only available in Australia so you’ll need to get an Australian IP address via a VPN in order to unblock them abroad.

If your country isn’t listed above, don’t worry! The NFL game between the Chicago Bears and Oakland Raiders will be broadcast in many countries. Here’s a list of current NFL broadcasters going in the 2019 season.

Can I use a free VPN to watch Chicago Bears vs Oakland Raiders?

It’s important to note that many free VPNs are unable to unblock region-locked platforms such as BBC iPlayer and Sky Go. Worse still, free VPNs are known to be very slow, making live streaming of sporting events such as the NFL London Games particularly challenging. The frequent lag and buffering may even make you miss out on key moments of the Bears vs Raiders game.

As if poor performance wasn’t bad enough, free VPNs usually don’t do enough to keep you safe online. A lack of security features such as encryption or a kill switch means that you’re running the risk of having your data compromised. Some free VPNs even resort to shady tactics to make money; one method is to track your browsing history, selling it to third parties without your knowledge. Needless to say, a free VPN isn’t worth the risk.

What should I know about the NFL London Games?

The very first NFL London Games took place in 2007. That year, the New York Giants beat the Miami Dolphins 13-10 at Wembley Stadium. In total, some 24 games have been played in London. Only the Green Bay Packers are yet to play in an International Series game.

This year, four games are to be played in London, two of which will take place at Wembley Stadium (Cincinnati Bengals vs Los Angeles Rams and Houston Texans vs Jacksonville Jaguars). However, two games will, for the first time, be hosted at Tottenham Hotspur Stadium (Chicago Bears vs Oakland Raiders and Carolina Panthers vs Tampa Bay Buccaneers) – the first purpose-built NFL stadium outside the US.

Who are the favorites to win the Chicago Bears vs Oakland Raiders game?

Although this will be a Raiders home game, Chicago Bears are the favorites to win. Heading into the London game, the two teams have each played four games of the 2019–20 NFL season. The Bears record is 3-1 while the Raiders is 2-2.

However, there is some cause for optimism for the Raiders following a 31-24 victory over the Colts. Furthermore, there is some doubt as to whether the Bears’ starting quarterback Mitch Trubisky will play after he suffered a dislocated shoulder versus the Vikings.