The 2020 Stanley Cup Final will runs from September 19 through September 30. If you're hoping to watch the Stanley Cup live online, there are free options, but you may need a VPN to get them.
Sam Cook Data journalist, privacy advocate and cord-cutting expert 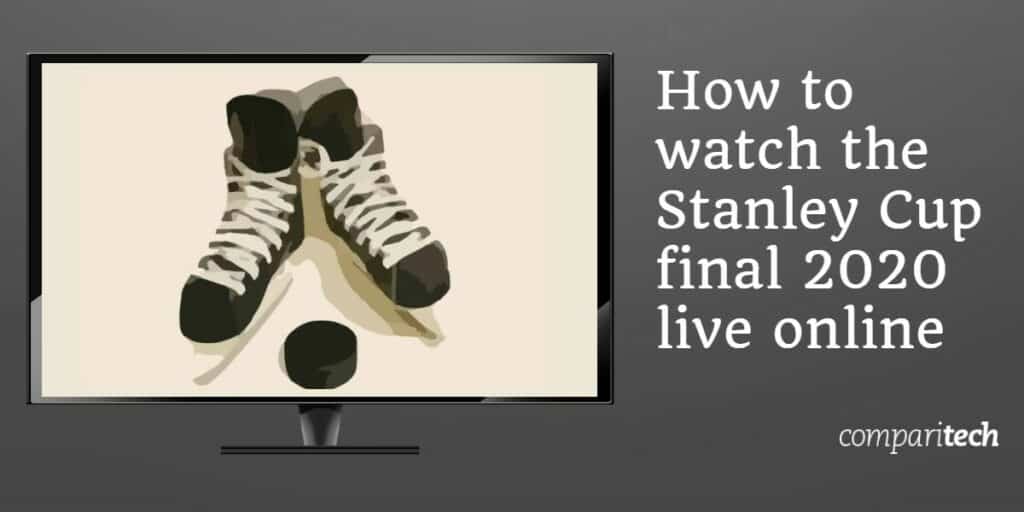 Get ready! You can watch the 2020 Stanley Cup Final live online anywhere in the world starting September 19. Online streams of the much-anticipated Stars vs. Lightning event will be available in the US, Canada, and abroad, although you may need a VPN to access every Stanley Cup Final game this year.

This is the first time a Stars vs. Lightning competition has ever happened at the Stanley Cup Final. You won’t want to miss it. And for 2020, you’ll be able to live online and for free if you find the right sources.

Important note: This guide only recommends official sources for the Stanley Cup Final. NHL is popular in the US, Canada, and elsewhere, but the event is primarily offered through pay TV services and networks. As a result, many hockey fans may try to stream through unlicensed sources. However, several legitimate services exist that allow for free streaming, and in HD. Unofficial sources may risk your privacy and security. As such, we recommend using a VPN to protect your identity and security and to use only official streaming sites for the Stanley Cup Final.

All of the services listed below are region-locked. You’ll need a VPN to access their Stanley Cup Final streams abroad.

How to watch the Stanley Cup Final with a VPN

There will be streams available for the 2020 NHL Final from multiple countries and TV networks. To get unrestricted access to these streams, do the following:

We recommend testing a stream with your VPN prior to the event. This will give you time to test different VPNs and VPN servers and to switch to a different streaming service if necessary.

How to watch the 2020 Stanley Cup Final free

If you’re in Canada, you can watch the 2020 Stanley Cup free through the CBC website or app, or for $9.99 CAD for access to Sportsnet Now.

However, if you’re outside Canada, you can still access the CBC’s free streams of the NHL Final by using a VPN.

You’ll need to connect to a Canada-based VPN server to access the CBC if you’re outside of Canada. We’ve tested this method and verified that it works well, making this the single best option to watch the 2020 Stanley Cup Final live online anywhere.

An alternative to CBC may be through NBC in the US. NBC currently holds the broadcast rights to NHL games and the NHL Playoffs for US fans. Many Stanley Cup games have been broadcast on NBC, and this may include the Stanley Cup Final games, as well.

Alternatively, you could sign up for a free trial to Sling TV, YouTube TV, Hulu + Live TV, AT&T TV Now, or fuboTV, all of which carry NBC’s core channel in most markets. Each of these services offers a multi-day free trial.

If you’re still on the fence about which VPN to choose, we recommend ExpressVPN because of its large number of available servers in key locations worldwide and its 30-day money-back guarantee. If you’re not a fan of the service or only need it for the Stanley Cup, you can cancel after the event is over for a full refund.

Where else can I stream the Stanley Cup Final online?

The 2020 Stanley Cup Final will be broadcast in multiple locations worldwide. Most options involve pay-TV channels and services, so your best option, if you want to reduce costs, is to use the CBC with a VPN. However, there are some other potentially low-cost options for hockey fans.

The NHL Stanley Cup Final schedule is as follows:

*Best of 7. Games only if necessary.

Watch the 2020 Stanley Cup Final in the US

As the NHL is a US-based league, it should come as no surprise that sports fans in the US will have multiple options to watch the Stanley Cup Final.

For starters, NBC owns the rights to broadcast the series. You’ll need access to NBC and NBC Sports Network.

You can get NBC’s over-the-air broadcasts if you have an OTA antenna, or if you live in one of the many cities where Locast is available.

Your best option, however, may be to sign up for a cord-cutting TV streaming service with a free trial, then cancel the subscription after the NHL Final is over. Here are your options:

If you’re already subscribed to one of the above services but are traveling outside the US, you can connect to a US VPN server and log in as normal.

Canadian sports fans will find CBC the easiest option for viewing the 2020 Stanley Cup Final. We recommend CBC since it will be free, and will broadcast the event via the CBC Sports app and on the web in high quality.

What teams are in the 2020 Stanley Cup Final?

The puck drop will feature a Dallas Stars vs Tampa Bay Lightning competition. Both clubs have held the Stanley Cup in the past, although neither has made it this far with their current rosters.

The Lightning have just one club win to draw upon when they took the trophy in 2004. Most of the team’s current roster is also familiar with the main event, having lost to the Chicago Blackhawks in 2015’s Stanley Cup Final.

Meanwhile, the Dallas Stars also have just one Stanley Cup victory to their name. The team last made an appearance just 19 years ago at the 2000 Stanley Cup Final, with a loss against the New Jersey Devils.

See also: How to get a Canadian IP address