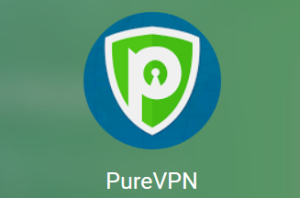 With quick speeds, servers in a lot of countries and no monitoring users browsing it's a shame some connections didn't work or we would have awarded PUREVPN a higher rating.

For: Against Visit web site

If you’re on the hunt for a VPN provider you’ve most likely heard of PureVPN. It’s one of the more high profile providers out there, largely thanks to its large user base and server network.

As of this writing it has more than 500 servers placed around the world in 180 locations in 121 countries, which makes it one of the biggest VPN server networks out there.

On the security front, PureVPN offers the protocols of PPTP, L2TP, SSTP, SSL, and 128-bit encryption, which is common for most VPN providers, as well as Secure DNS and a VPN kill switch, which will terminate your connection if it ever becomes unsecure.

The company meanwhile makes it privacy policy clear online. “We Do Not monitor user activity nor do we keep any logs,” says PureVPN, which means it has no record of the sites that you visit. It does however log the time that you signed in and used the service and the IP address that you connected to.

The company itself is headquartered in Hong Kong because it has “no mandatory data retention laws.”

Update on October 9, 2017: PureVPN handed over logs to the FBI that led to the arrest of an alleged cyber stalker in the US, reports BleepingComputer. It’s not clear what those logs contained, but the report does mention an IP address that was used to log into a victim’s Gmail account. The report does not state whether the FBI had a court order, but because PureVPN is incorporated in Hong Kong and the FBI is an American intelligence agency, one would assume PureVPN had legal grounds to reject the request for data.

Pure VPN advertises itself as a no-logs VPN provider, despite stating that it collects users’ IP addresses in its privacy policy. The “no logging” claim misrepresents the truth; the company stores information that can identify users and be used to corroborate their online activity. To bend to the will of a foreign intelligence agency–especially the US–further betrays users’ trust. For these reasons, we have lowered PureVPN’s rating from 3.5 stars (7/10) to 2.5 stars (5/10).

After you install the program and log in for the first time, you’ll be greeted by a menu that asks you what you want to use PureVPN for. You’re given a couple of options like streaming, unblocking sites, or security etc. By choosing the purpose that’s right for you, PureVPN can serve up the best servers for that particular use. 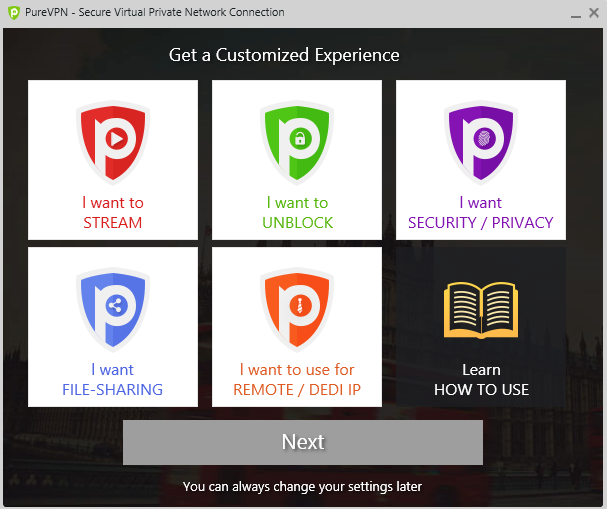 We got straight into it and tested a couple of different servers. First off, the design is rather clean and easy to navigate.

In many cases, PureVPN have several servers in each country. If you select the country you’d like, it will connect you to the fastest one available. To begin we clicked on America and it connected us to a New York server with download speeds of 12.45Mbps and upload speeds of 3.10Mbps, making it one of the faster VPN connections we’ve seen from a provider in recent times. 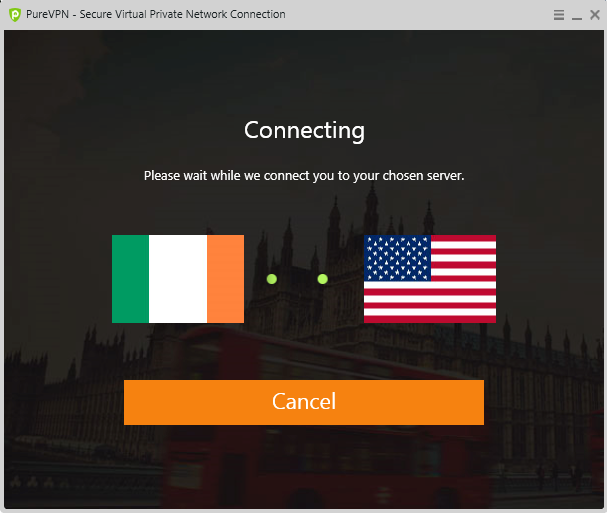 While this is the fastest American server in Pure’s network, you can select one from its other locations. Currently the company has servers in Miami, Phoenix, Los Angeles, Chicago, New Jersey, Houston, Georgia, Washington, Virginia, San Francisco, Ohio, Seattle, and Alaska.

Once you connect to a server, PureVPN has a very handy graphic for the user to keep an eye on their own upload and download traffic too. 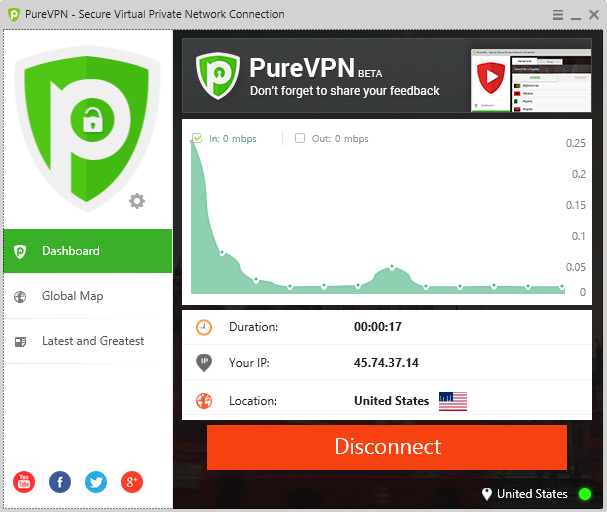 Next we decided to try out a European server. Users are required to wait three seconds between server switches.

Then we tried to connect a server in Belgium but failed to do so, instead receiving a VPN error message asking us to the change our password. Following a few more attempts we moved on to a German server, connecting us to its faster server based in Frankfurt (download: 11.86Mbps, upload: 3.04Mbps).

We had similar connection problems when tried some Middle East servers, namely Afghanistan, which we tried to connect to in order to compare it with American and European options. Rather, we got an 812 error message that stated: “The connection was prevented because of a policy configured on you RAS/VPN server.” On the flipside, we tried a server in Qatar and got some solid speeds, though not as fast at the others we tested.

Once you’ve been using the service for a while, you can add server to your list favourite servers. This is a very convenient way of connecting to a server you like quickly. 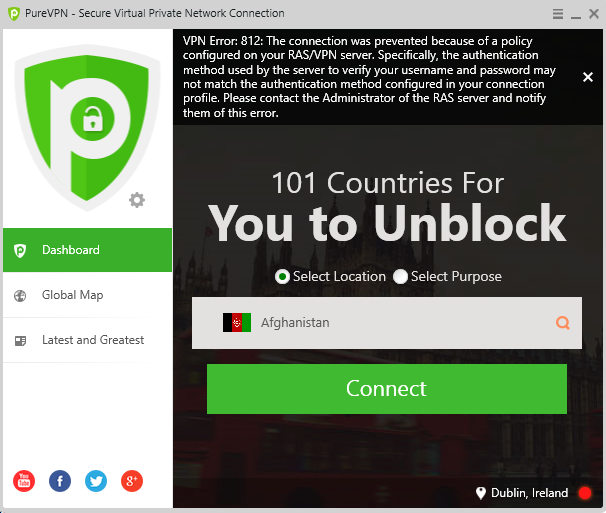 Does PureVPN work with Netflix?

VPNs are a popular means of unblocking Netflix to access the wider US Netflix library of content for subscribers outside of the US. Unfortunately Netflix has banned many VPN’s including PureVPN, if you try accessing Netflix using PureVPN you will get the Netflix proxy error message.

PureVPN offers a live chat service on its website should you ever encounter any issues. We contacted the live chat regarding some questions we had about the service and received very quick and efficient replies.

The live chat is open on the website so you don’t need a subscription to use it. This is especially convenient for any potential new users that are shopping around for a VPN.

Visit PureVPN
Latest Guides
VPN protocols explained and compared febrero 2, 2019 / by Paul Bischoff Does your VPN Keep Logs? 123 VPN Logging Policies Revealed diciembre 6, 2018 / by Aimee O'Driscoll How to remove spyware for free and which tools to use noviembre 14, 2018 / by Sam Cook 300+ Terrifying Cybercrime and Cybersecurity Statistics & Trends [2020] EDITION] octubre 2, 2018 / by Andra Zaharia 70+ common online scams used by cyber criminals and fraudsters julio 8, 2018 / by Jon Watson Most VPNs can leak personal data despite claims to the contrary diciembre 12, 2017 / by Paul Bischoff Where are VPNs legal and where are they banned? noviembre 13, 2017 / by Aimee O'Driscoll What is a Man in the Middle attack and how can I avoid it? octubre 19, 2017 / by Jon Watson How to opt out of ad tracking from the largest ad networks octubre 14, 2017 / by Chris Stobing How to configure a smart DNS proxy service on a DD-WRT router octubre 4, 2017 / by Jon Watson
Latest Blog posts
How to get an IP address for Costa Rica from anywhere agosto 7, 2020 / by Mark Gill 7 Best VPNs for Costa Rica in 2020 agosto 7, 2020 / by Mark Gill How to get a Serbian IP address from anywhere agosto 7, 2020 / by Ian Garland + More blog posts on VPN & Privacy