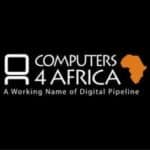 For each user that runs the broadband speed test, Comparitech donates one cent (US$0.01) to either the Electronic Frontier Foundation (EFF), a non-profit digital rights advocacy group, or Computers 4 Africa, which funds access to computers in developing nations on said continent. The leading online speed test is run 3 billion times per year. If we can get just one percent of those people to use our broadband speed test, we could raise millions for charity. Please note we only make one contribution per user to avoid abuse of the tool.