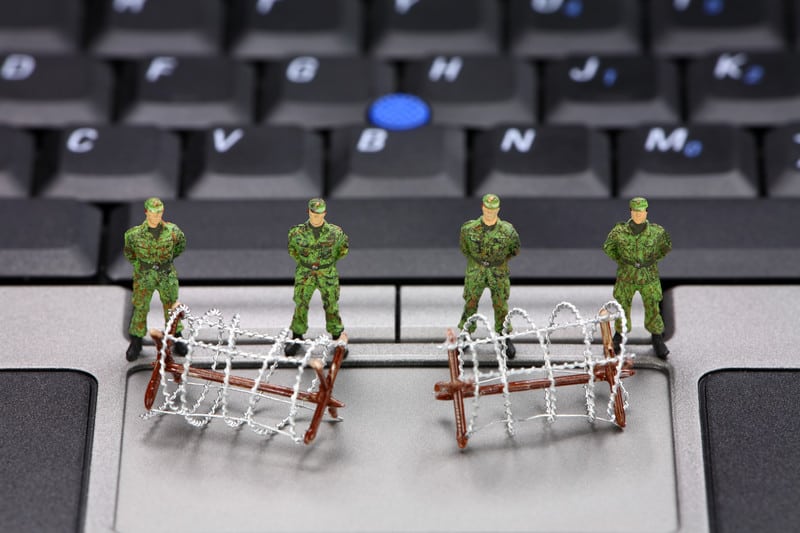 Windows users have the largest choice when it comes to free antivirus programs. Given Windows has the largest market share for both consumers and businesses, it should come as no surprise that free options abound.

The best free antivirus programs for Windows and Mac computers include:

What to look for in a free antivirus program

It’s common for Windows users to rely on virus protection software, but Mac users are also turning to antivirus protection in an increasingly dangerous online world. Paid options abound, but free options exist for both Windows and Mac users.

A good free antivirus program does all of the following:

Additional features available through antivirus programs will vary. However, free real-time monitoring, quarantines, and malware removal are options you should be looking for from your free antivirus program.

SEE ALSO: We take a deeper dive into the best antivirus for Mac

Pulling in its powerful tool into a lightweight free option, Bitdefender now offers a free antivirus tool for Windows and Mac users. The free tool is a feature-limited version of the company’s paid program.

Bitdefender Antivirus Free Edition offers all of the following features:

Users looking for more can upgrade to the full version of Bitdefender from within the application.

Comodo is a large internet security company covering a wide range of security concerns, including antivirus. Their cloud-based antivirus software for Windows and Mac can be downloaded for free on your desktop or laptop computer.

With Comodo free, you’ll get a limited set of features, to include:

The Mac version of the software offers a slightly more limited selection of features, but still maintains the core virus scanning and removal features.

Comodo’s free antivirus uses the company’s Host Intrusion Protection System (HIPS). With HIPS, your computer is protected against known and unknown viruses. Malware that isn’t on a known blacklist is sandboxed away from the main system. Those threats are then taken care of in the quarantined environment, unable to interact with or impact your system. The software also uses predictive technology to help determine when a threat may occur from a file or website.

Alongside free protection for your computer, you can also download a free Comodo antivirus solution for your Android phone. Comodo’s free Android app has more features than every other Android option we’ve mentioned. With the Android app, you get real-time protection, scanning, scheduling, SMS and call blocking, and more.

Sophos is not as well known in the market as Bitdefender, but it’s an extremely respected brand. The company’s high-powered software is available for both Windows and Mac computers. And uncommonly, it’s Mac version is not nearly as feature-limited as many other options that provide Mac antivirus protection.

With Sophos Free, you’ll get:

The free tool also comes with a 30-day free trial for Sophos Home Premium and its expanded set of features. You’ll still have access to the above list of features once the free trial ends.

Kaspersky’s well-known antivirus software can be utilized for free on Windows computers. This software is far more limited than most of the other options on this list.

Kaspersky meets our criteria by providing:

If you’re looking for more, you can upgrade your Kaspersky Antivirus software for a host of additional features, including functionality with Mac computers and Android devices.

Still, if all you’re looking for is a lightweight, free antivirus solution for your computer, Kaspersky is a very good option. The company focuses its free tool solely on real-time monitoring and does not extend any bonuses to free customers. Nevertheless, the free tool utilizes the company’s quality antivirus engine at no cost to you.

Now onto the 12th version of its software, Adaware Antivirus provides a solid option for those who want quality antivirus on the cheap.

For free, you’ll get the following features through Adaware Antivirus:

The software utilizes a powerful and intelligent engine to scan for and block malware, making it a great free antivirus option. Should you find yourself in need of more features, you can more than triple the number of features by purchasing one of Adaware’s paid versions.

Available for Windows users, Avira Free Antivirus is a fairly straightforward free real-time AV tool. While there’s a fully-featured paid version, the free option is for those who just need real-time antivirus protection and who may not plan to use or even need other features.

This tool is ad-supported. You can remove ads and extend the number of available features with its paid tool. However, for free, the ads may be worth the headache.

Should you choose to upgrade, however, you’ll also get scanning for downloads and torrents, USB drives, and email attachments.

As you likely noticed, none of the options we listed above provide iOS apps. Unfortunately, the market for iOS antivirus software is small, with free options extremely limited. Here’s one great option you may want to consider, however.

Security company Avira has a number of products available, including a free antivirus app for iOS users. The app provides a useful selection of features for iPhone users, including: