What is Trojan Horse malware and how can you avoid it?

Trojan Horses are one of the most successful malware attacks. In this post we look at what Trojan Horse malware is, what it does and how you can avoid it.
Marc Dahan Specialist in online privacy 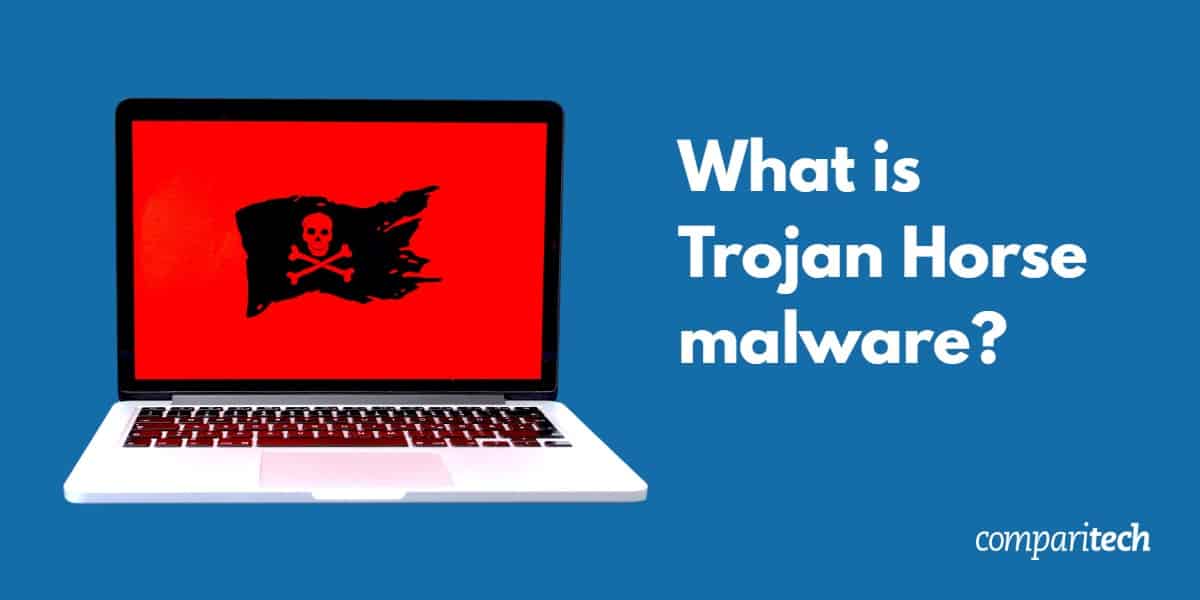 You know the story of the Trojan Horse, right? According to Greek mythology, during the Trojan war, the ancient Greeks built a huge wooden horse (the horse being the emblem of Troy), which hid a group of elite Greek soldiers inside, and left it in front of the gates of Troy. They hoped to fool the Trojans into wheeling the horse into the city, believing it to be a victory trophy. And, as the story goes, they did. Then later that night, the Greek soldiers crept out of the horse and opened the city gates for the rest of the Greek army. They entered the Trojan city, destroyed it, and ended the war.

The expression “Trojan Horse” came to mean something that initially seems innocuous but is ultimately bad or malicious. And in the world of computing, the expression came to denote a specific type of malware that disguises itself as a seemingly harmless program or file to trick you into installing it. Once installed, like the Greek soldiers creeping out of the wooden horse at nightfall, the Trojan Horse malware turns against you.

What is Trojan Horse Malware?

A Trojan is not a virus. It is considered malware. Unlike a computer virus, a Trojan Horse doesn’t replicate itself by infecting other files or computers. It’s a decoy that may end up downloading viruses onto your machine, but it is not itself a virus.

Trojans are one of the first pieces of malware to ever be detected. The term Trojan Horse first appeared in a 1974 US Air Force report, which documented all of the ways a computer system could presumably be compromised. Soon after, the first actual Trojan was observed on the wire. It was a small program called ANIMAL-PERVADE. This Trojan Horse was disguised as a harmless animal-themed game, but once installed on a system, it would download a virus onto that same system.

Today Trojans represent one of the most successful and common malware attacks.

What do Trojans actually do once installed?

Below are some of the more common attacks Trojans can perpetrate once installed on a computer system:

When a Trojan infects your computer, it can create an unauthorized access point for the attacker to access your machine. The Trojan itself can also send information back to a server controlled by the attacker.

Many Trojans are designed to hunt for and funnel your personal and financial information. This works in conjunction with a backdoor.

Some Trojans will target your already infected computer and download additional malware and viruses.

Take control of your computer

Other Trojans aren’t so interested in what’s on your computer but would rather use your computer as a bot on a network the attacker(s) control. This is often done to perpetrate Distributed Denial of Service attacks (DDoS), for example. In a DDoS attack, the attacker(s) uses your machine (and presumably others’ machines) to take a server offline by flooding it with traffic from the machines under their control. Another common payload is cryptojacking, where the attacker(s) uses your machine to mine bitcoins for themselves.

Some Trojans can also infect smartphones and once on the device they start sending out SMS messages to premium numbers, driving your bill way up.

Some Trojans are actually ransomware or a gateway to ransomware. Ransomware, once installed on your system, typically encrypts your files with an unknown key or password and then demands a ransom (usually money) in exchange for the decryption password or key.

How do Trojans work?

It’s difficult to give any type of guidance on what a Trojan Horse might look like because, by its very nature, it will be disguised as something else, which can be pretty much any kind of computer file. Although the most common “disguises” are programs, links (URLs), and email attachments.

See also: Common phishing scams and how to avoid them

Here’s a short list of some notable Trojan Horse malware examples that have been widely distributed:

In late 1989, thousands of floppy disks containing the AIDS Trojan were mailed out to the subscribers of PC Business World magazine and a WHO AIDS conference mailing list. Once installed, the Trojan would encrypt all of the filenames on the system and display a ransom demand of $189 for the decryption program. This was the first known ransomware.

In 2002, the Windows-based backdoor Trojan, Beast, was discovered on the wire. Beast was capable of infecting almost all Windows versions at the time.

In 2004, the Vundo Trojan, known to generate pop-ups and advertising for fake anti spyware programs, first appeared. The Trojan also caused performance degradations on the infected system and could block access to certain websites.

In 2005, the Zlob Trojan was first observed. The Zlob Trojan would cause pop-up warnings that mimicked genuine Windows warning messages to frequently appear. Clicking the pop-ups would trigger the download of a fake antivirus program containing additional viruses and malware.

In 2016 the Tiny Banker Trojan started infecting machines. This Trojan used HTTP injection to display a fake online banking page that looked exactly like the original, legitimate banking site. Once a user typed-in their credentials, an error message was displayed stating there was an error, after which the user was redirected to the real banking website. But by this point, it was already too late. The credentials entered on the spoofed page were harvested by the attacker. The user had no idea their credentials had just been stolen because they were able to log in as normal, after a small “glitch”.

How can you know if your system is infected?

It all depends on what the Trojan you’re infected with was designed to do. But for sure, you should be running a reputable antivirus program. An antivirus will always be your best technical measure against Trojans. And the easiest way to tell if your system has been infected by a Trojan is to run an antivirus scan. A good antivirus program should be able to detect most Trojan variations that are out “in the wild”.

But do bear in mind that antivirus programs can never really be ahead of the curve. The viruses and malware it protects you from must first be observed before an antivirus program can craft a defense from it. So there will always be potential infections out there that your antivirus isn’t yet equipped to protect against. This is not an argument against antivirus software – it’s just the nature of the game.

Check the programs that are installed on your system

Because Trojans disguise themselves as something innocuous. If you suspect your computer is infected by a Trojan, take a look at your list of installed programs. If you see any programs that you don’t remember installing (and you suspect you’re infected with a Trojan), you may just have found it.

In addition to uninstalling the software, we recommend rolling back your device to a previous restore point if possible.

Check the performance of your computer

Malware and viruses can really hinder your computer’s performance. And because a Trojan can lead to viruses and more malware, it makes sense to look out for the symptoms caused by these as well, as they may indicate the presence of a Trojan Horse on your system.

Many of the things I discussed in my How to spot and avoid fake antivirus article are relevant to Trojan infections as well.

Look out for the following:

These are telltale signs of viruses and malware, including Trojan Horses.

What can you do if you’re infected with a Trojan?

The first thing you should do, if you haven’t already, is to install a reputable antivirus program and run a full scan of your system. It could also be a good idea to perform a “boot-time” scan, which tends to uncover the more stubborn varieties of malware that can only be detected during the boot-up process.

Let’s say you’re not so lucky and your antivirus program can’t detect it. So you’re in a situation where you suspect you’re infected with a Trojan but you can’t find it. In this situation, you could restore a backup of your computer, taken before the Trojan infection. That should restore your system to a clean state.

If you didn’t make regular backups of your computer and your antivirus can’t find the Trojan and you’re still convinced you’ve got a Trojan, your only last resort may be to back up your files, reformat your computer, reinstall your programs, and copy your files back onto it. Just make sure not to copy the Trojan itself.

How can you avoid Trojans?

Below I’ve outlined some of the steps you can take to try and avoid trojans all together.