What is a firewall and why do you need one on your home network?

In the early days of computing the humble PC was considered to be nothing more than a number-crunching device – a glorified calculator, if you will – and, to be honest, that was a fair assessment of the earliest machines and their capabilities.

Bought only by the most affluent in society, the earliest computers were often seen storing recipes and being used for household budgeting.

Some were even used for work, though it really was a bind having to carry all those 5.25″ floppy (yes, they really were floppy back then) disks back and forth between the home and office.

On the flip side, the slow adoption rate of computers, and the lack of connectivity (there was a time when the internet was not a thing), meant that security threats were almost non-existent.

As Graham Cluley recently explained in an interview with Tripwire:

“When I first started out, about 200 new computer viruses were discovered every month (we thought that was a lot back then).

Most of our customers received updates via the post on 5¼ inch floppy disks every three months.

For those who were really paranoid, they could connect their modem to an antivirus company’s bulletin board and download an update about once a month”.

Things have changed though and modern computers are far more powerful than ever before.

Heck, even the latest phones are a bazillion times more powerful than the PCs of the last millennium.

Computers, tablets, phones and even TVs and fridges have found new meaning in their lives too, removed from the shackles of single housedom and allowed to roam the global superhighway known as the worldwide web.

And that changes everything.

“Now 400,000 new malware samples are discovered each day, which equates to about 3-4 malicious programs uncovered per second”.

Not only that, but the stereotypical spotty basement-dwelling hackers of yesteryear have also been replaced – by organised criminals looking to make as much money as possible.

The home computer of years gone by has been replaced by quicker, leaner devices which have, literally, opened up a new world for those people who use them.

Ask anyone today, especially kids, and they will tell you that a computer is the internet.

The old overpriced calculator has been superseded by new technology that can fit in your pocket or be strapped to your wrist and it all connects to the same electronic space, allowing almost instant communication with other people, and other devices, anywhere in the world.

Such a gateway to the outside world doesn’t come without its problems though.
While your computer, smartphone or smartwatch will allow you to communicate with other people, so they will try to communicate with your device… and not all of them want to play nicely.

The criminal element of the internet

You’ve heard the stories about the bad guys on the internet – people who send poorly spelled email scams, those who use phishing emails to dupe the unwary into giving out their bank account details, and those who deface websites to make political points, and hundreds of other types of cyber criminals up to no good.

Now, while the chances of you falling victim to them are slim – if you’re sensible and follow good security advice – the problem is getting bigger.

That is why you owe it to yourself and your family to protect yourselves when you are using the internet.

If you don’t, there is an increasing chance you’ll regret it later.

And when it comes to internet protection, there are a couple of free or low-cost solutions that can really make a difference.

The one you’ll hear about most often is antivirus software and we highly recommend you use it.

The next most important defensive measure you can take is to have a good firewall solution as well. 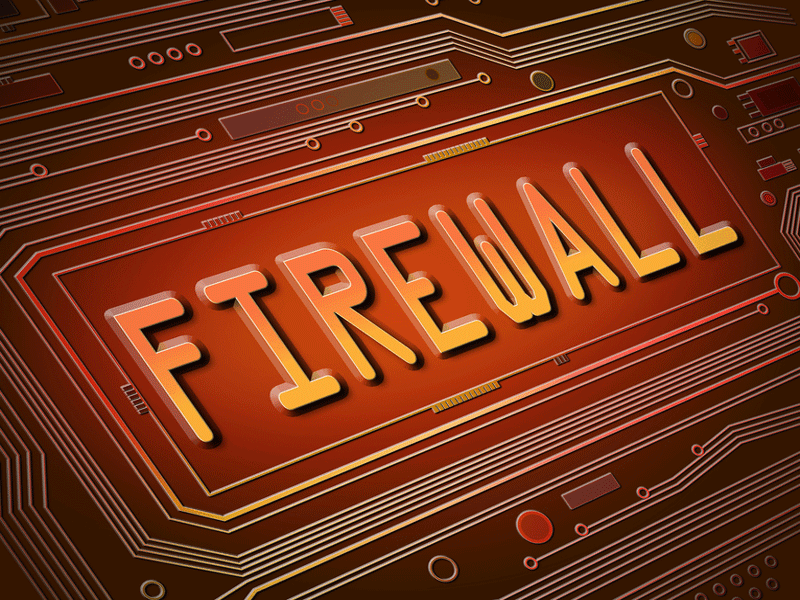 What is a firewall?

You can think of a firewall as a barrier that separates your computer or network from the internet.

At various point in that barrier there are openings, called ports, through which your computer can communicate with other devices, including the internet.

Likewise, other computers on the internet can walk in through those same ports and start communicating with your devices.

A firewall will police those ports for you though, only opening them up as and when required and only to those external devices it trusts.

Thus a firewall can prevent hackers from breaking into your computer, thwart worms (a particularly insidious type of malware) from spreading between computers on the internet and block your own data from leaving your machine (via a Trojan, for example) without your prior knowledge.

Other types of security software – such as antivirus programs – can deal with threats as they arrive on your system.

A firewall can block those same threats before they ever manage to take a foothold in the first place.

So, now that you know you need a firewall, what’s next?

The main choice you will have to make is between the type of firewall you install.

Hardware firewalls are typically more robust and feature heavily within the business arena, used by medium and large companies to protect their IT infrastructure.

If you are a business owner we would recommend seeking out professional advice as to what type of configuration you will need and the product best suited to your needs.

A software firewall is more suited to the home user and the best news is that they needn’t cost you a thing.

Installed on each and every computer you have, a software firewall will monitor and control traffic between your machine and the internet.

There are many different firewalls available.

Some can be downloaded from the internet as standalone products, other are available from the major security vendors as part of their internet security software packages.

For fans of Microsoft’s operating system the choice may even be simpler than that – from Windows XP onward, a free firewall has been included.

Ensuring Windows firewall is switched on

Windows XP users (if you are one, please consider upgrading to a newer operating system as support and security patching expired on 8 April, 2014) can go to Control Panel > Security Centre.

In Vista, you can check the firewall status by opening up Control Panel > Security.

And, in Windows 7 and 8, go to Control Panel > System and Security > Windows Firewall.

If your firewall is active; great. If not, switch it on right away.