How we test VPNs at Comparitech

We explain our methodology for testing and analyzing VPNs on criteria like speed, security, and streaming.
Paul Bischoff TECH WRITER, PRIVACY ADVOCATE AND VPN EXPERT 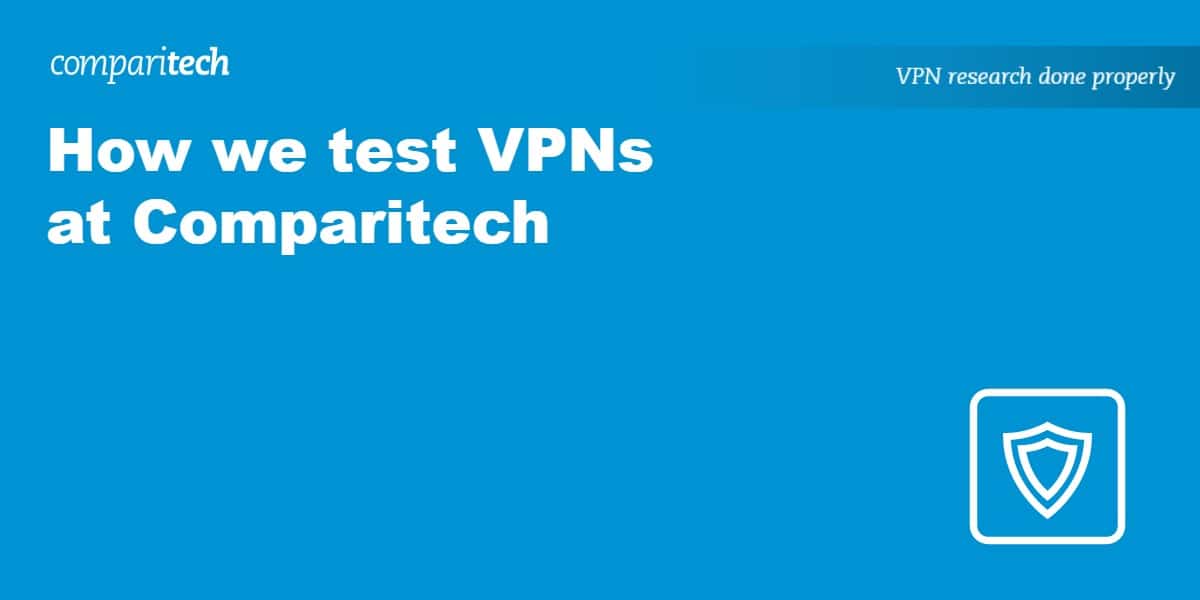 Comparitech VPN reviewers strive to write the most comprehensive, accurate, and useful reviews of VPNs on the web. All of our reviews are based on first-hand experience and a battery of tests—we don’t just regurgitate marketing hype.

We review each VPN from the perspective of a consumer who:

In this article, we’ll explain how Comparitech VPN reviewers evaluate each of these factors:

Privacy should ensure that no third parties—including the VPN provider—can identify individual VPN users or see their online activity by monitoring the VPN connection. This is partially accomplished by employing strong security measures, which we’ll get into in the next section, but also indicated by a VPN’s privacy policy.

Comparitech strongly favors VPNs that adhere to a no-logs policy. That means no logs of:

Some logs do not identify or track users, so we don’t have a problem with them. We don’t count the following types of logs against VPN providers:

Many VPNs that claim to have no-logs policies still log some of the above information. Such policies often only apply to activity logs but not other metadata that could identify a user. As part of our research we have analyzed the log policies of 140 different VPN providers.

A VPN’s country of origin also plays a role in privacy. Different countries have different laws regarding mandatory data retention for service providers like VPNs. Governments in certain countries might be able to coerce VPN providers into installing backdoors or handing over user data to authorities. We prefer VPNs incorporated in countries with no data retention laws, as well as those beyond the reach of major surveillance powers like the US, the UK, and China.

If a VPN accepts anonymous payment methods, such as cryptocurrency, that’s a bonus for privacy. A few VPNs even allow users to sign up through a dark web mirror of their website in order to preserve customer anonymity.

VPN security includes encryption and authentication. These technologies are used to ensure that data is kept confidential, is not modified in transit, and only travels between trusted parties. 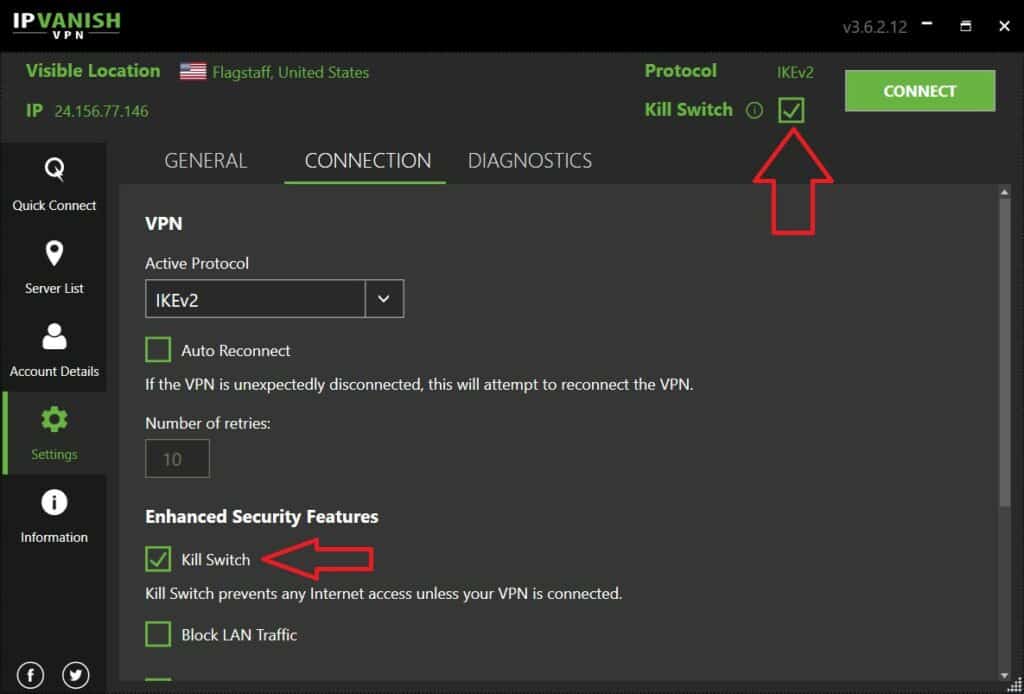 We examine the following security criteria for every VPN we review:

How we test for VPN leaks

A lot of the above criteria deal with VPN data leaks. Leaks occur when data is sent outside of the VPN tunnel over the default network, compromising user privacy.

We can test for these leaks using a website like browserleaks.com and ipleak.net. Such a test informs us of our current IP addresses, DNS servers, and WebRTC addresses. We first run the test without the VPN, and then again with the VPN. If any of the addresses are the same across both tests, that indicates a leak—the VPN should replace every IP address with one of its own in order to hide the user’s device.

We publish VPN speed test results as global averages. Every VPN is tested nine times: three times of day spread at least four hours apart, and across three locations. Our test machine is in the United States, and we test connections to North America (nearest), Europe, and Asia. The average download speed of these nine tests are averaged together for the final result.

We perform the tests using each VPN’s Windows app on a 1 Gbps connection. We use the fastest secure protocol available, which as of late has been Wireguard, followed by OpenVPN and IKEv2. Speeds are measured using the Ookla Speedtest.net desktop app. 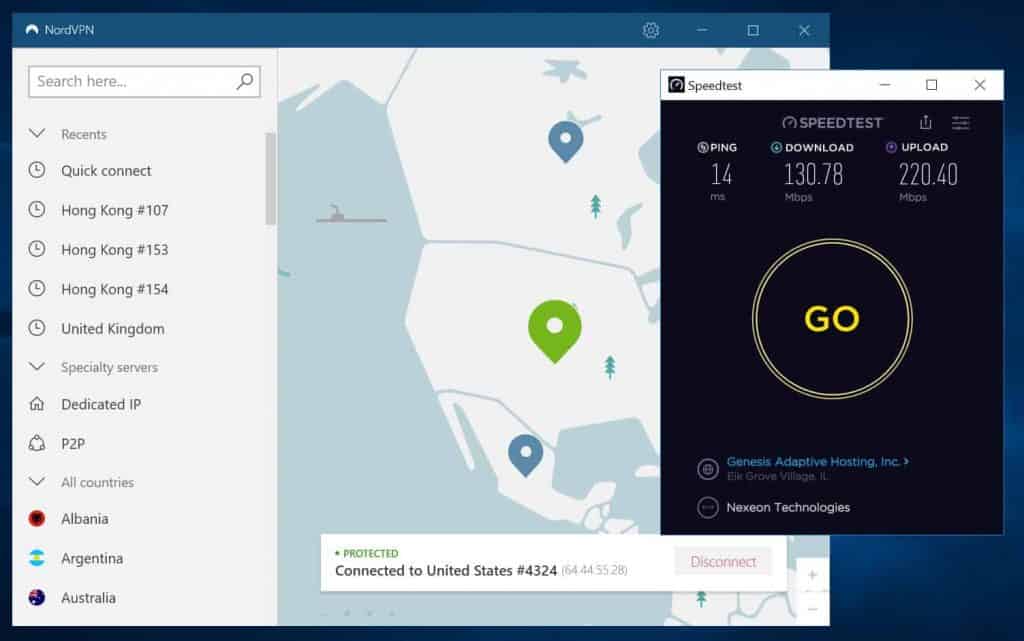 Outliers—results that are more than three standard deviations away from the mean—are thrown out, and the VPN retested.

We only report download speed, which is what most readers are interested in. We do not report upload speed.

We also do not measure VPN latency, also known as ping time or lag. These measurements would be more indicative of the test machine’s distance to the VPN server than the VPN server’s actual performance. In other words, connecting to a closer server usually results in a lower ping time.

In addition to the empirical tests, we also stream high-quality video and play competitive online games to ensure the VPN matches readers’ expectations.

We check to see if each VPN can unblock:

… and others. Tests are run both on the desktop website and mobile app versions of each streaming service, because some VPNs can unblock one but not the other. Our texting of VPNs with Netflix is extensive.

With so many different Netflix catalogs available we have run over 5,000 Netflix VPN tests to see which providers can give you access to which country version of Netflix.

VPN users from certain countries are primarily interested in bypassing web censorship. In China, for example, VPNs are used to access content that is normally blocked by ISPs at the behest of the government, including western social media, news outlets, and entertainment.

VPNs can also bypass censorship at a smaller scale, such as at a school or office where certain websites and apps are blocked by local administrators.

We test each VPN’s ability to evade the Great Firewall and other government blocks whenever possible, though these situations often change rapidly and sometimes we have to take VPN providers at their word. In any case, if a particular VPN suddenly stopped working in a given country, it would quickly become apparent and that change would be reflected in our review. 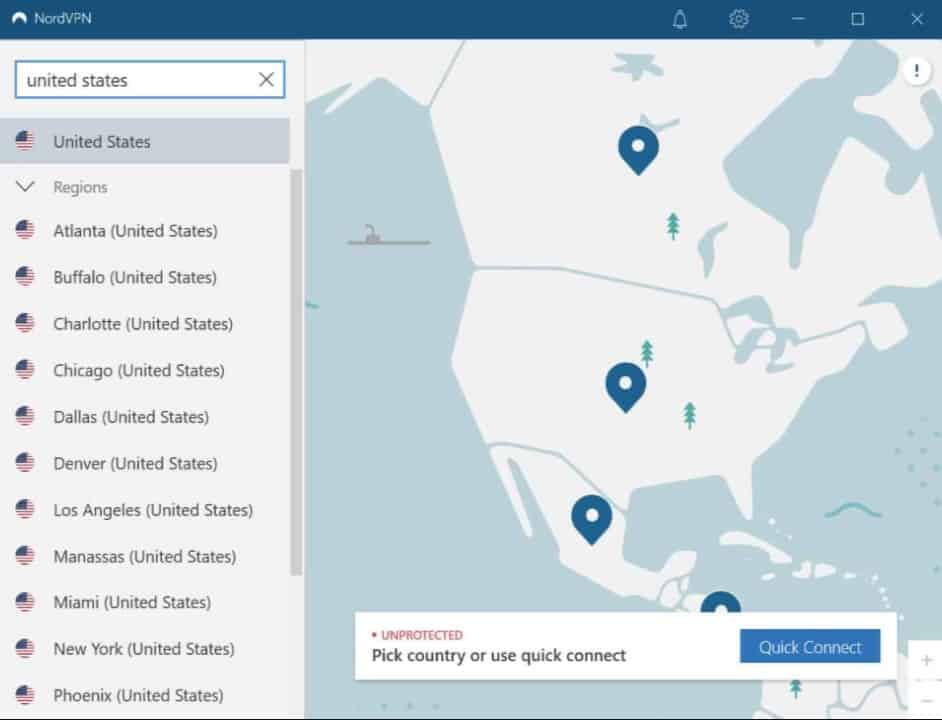 The number of servers a VPN operates is less important than you might think. Servers can vary greatly in capacity and bandwidth, and one VPN might have far more users than another. So having 10,000 servers isn’t necessarily better than having 100 servers.

More important is the number of locations on offer. The average VPN operates servers in 30 to 60 countries. Make sure the one you want to connect to is on that list. Some VPNs, like ExpressVPN, operate servers in more than 90 countries.

Note that some VPNs use virtual locations. These are servers that physically reside in one country but have the IP address of another country. Although the IP address might grant you access to a country’s content, it’s worth noting that the actual server might be in a country where data protection laws are not in place, potentially endangering your privacy. On the other hand, a virtual location could also give you an IP address for a country where you wouldn’t want your VPN to operate a real server, such as China or Iran. 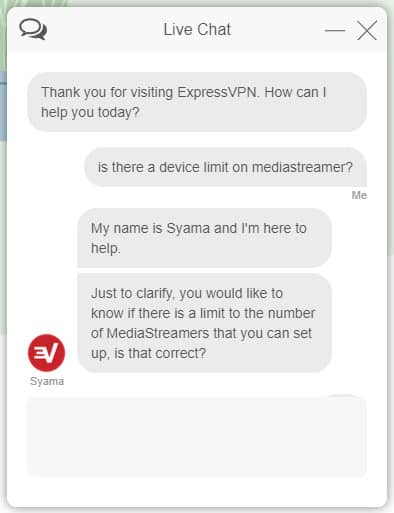 Sometimes you need help, so we make sure to hit up each VPN’s customer service at least once in the course of a review. We note down the time to respond, office hours availability, as well as subjective judgments about knowledge and helpfulness. We prefer VPNs employ both live chat systems and ticket submissions systems, the former being quicker and the latter usually being more private.

In addition to tech support, we also take note of billing practices. Shady schemes like default auto-renewal and burdensome cancellation processes are frowned upon.

We tend to favor VPNs that offer money-back guarantees.

You need a VPN that works with all of your devices. Most VPNs support the major operating systems:

Note that some devices flat out don’t support VPNs unless you hook them up to a VPN-protected wi-fi router. They include Chromecast, Roku, Apple TV, smart TVs, and game consoles.

Features that we look for in apps include:

We also judge apps subjectively on design, ease of use, and appearance.

If you live with family or close friends, you may wish to share your VPN account. In that case, you’ll want a VPN with plenty of simultaneous connections, which let you connect more than one device at a time under a single plan. Five is the standard, though many VPNs offer more and a few even allow unlimited simultaneous connections. We’ve rounded up the best VPNs for multiple devices here.