Interested in learning how your country compares to the rest of the world on internet censorship? We’ve broken down every country’s online restrictions into an easy-to-read guide.
Paul Bischoff TECH WRITER, PRIVACY ADVOCATE AND VPN EXPERT 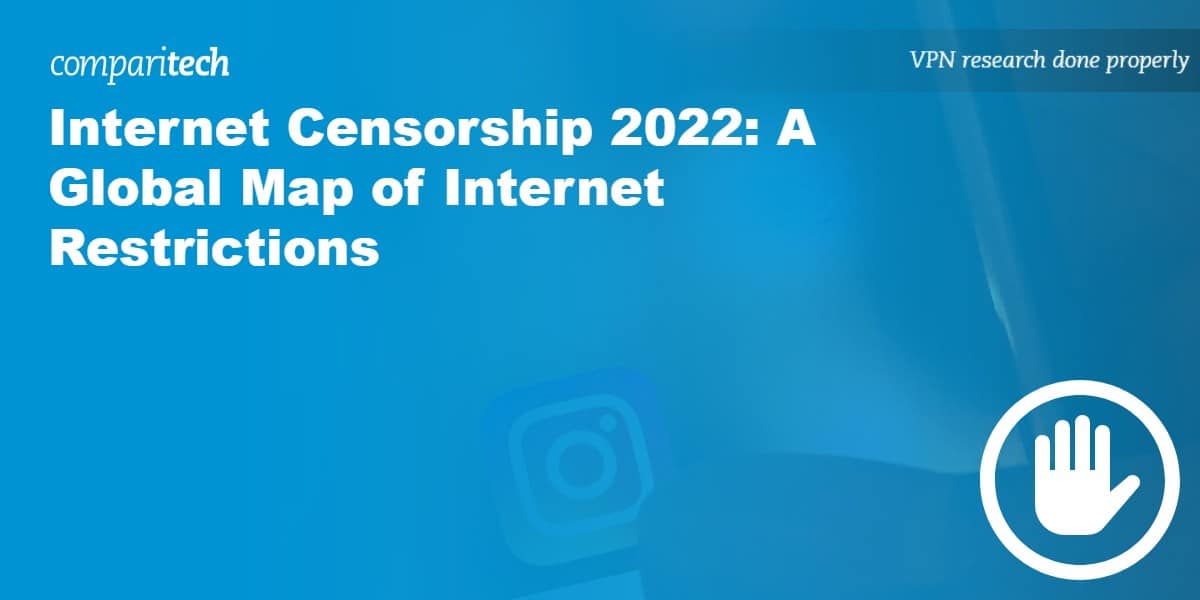 More than 60 percent of the world’s population (5.03 billion people) uses the internet. It’s our source of instant information, entertainment, news, and social interactions.

But where in the world can citizens enjoy equal and open internet access – if anywhere?

In this exploratory study, our researchers have conducted a country-by-country comparison to see which countries impose the harshest internet restrictions and where citizens can enjoy the most online freedom. This includes restrictions or bans for torrenting, pornography, social media, and VPNs. Also whether there are restrictions or heavy censorship of political media and any additional restrictions for messaging/VoIP apps.

Although the usual culprits take the top spots, a few seemingly free countries rank surprisingly high. With ongoing restrictions and pending laws, our online freedom is at more risk than ever.

We scored each country on six criteria. Each of these is worth two points aside from messaging/VoIP apps which is worth one (this is due to many countries banning or restricting certain apps but allowing ones run by the government/telecoms providers within the country). The country receives one point if the content—torrents, pornography, news media, social media, VPNs, messaging/VoIP apps—is restricted but accessible, and two points if it is banned entirely. The higher the score, the more censorship.

The worst countries for internet censorship

The countries that have increased censorship in 2023

If we compare the scores for each country from our 2021 study to our 2023 study, there are 27 countries that appear to have upped their censorship. Five countries have introduced more than one new censorship rule. One, as we have already seen, is Myanmar with three new changes. Likewise, Sri Lanka also added three new means of censoring– these were the banning of torrents, restricting certain VPNs, and long blockages of social media due to protests in the country.

Elsewhere, Afghanistan has seen increased censorship across political and social media. With the Taliban regaining control over the country, 231 media outlets have since been shut down and mobile phones have been searched for social media posts criticizing their regime.

The Indian government has also ordered companies to collect and hand over VPN user data. The government also uses a monitoring system (CMS) which is able to intercept any online activities including VoIP messages.

Will online censorship become the “norm?”

While it’s no great surprise to see the likes of China, North Korea, and Iran topping the list, the growing number of restrictions in many other countries is greatly concerning. This year we have seen 27 countries increasing their internet censorship, compared to just 3 from last year’s study. Most of the new restrictions this year were located in Asia, with most changes coming from political media and VPN restrictions.

From Myanmar’s social media blocking attempts and bans on VPNs to Afghanistan shutting down hundreds of media outlets, our online freedom is something we can no longer take for granted.

Thankfully, VPNs do still offer a way for many of us to surf the net privately (and legally). But as censorship becomes increasingly common, more and more countries could join the restricted list, putting citizens’ digital privacy at risk.

To find out to what extent each country is censored, we have studied each in detail to see what restrictions, if any, they impose across torrents, pornography, political media, social media, VPNs, and messaging/VoIP apps.

We scored each country on six criteria. Each of these is worth two points aside from messaging/VoIP apps which is worth one (this is due to many countries banning or restricting certain apps but allowing ones run by the government/telecoms providers within the country). The country receives one point if the content—torrents, pornography, news media, social media, VPNs, messaging/VoIP apps—is restricted but accessible and two points if it is banned entirely. The higher the score, the more censorship.

In some cases, countries may be scored as having banned one of these areas but residents may find ways to circumnavigate these bans, e.g. with VPNs or mirror sites. However, as the country enforces this ban by blocking websites or implementing laws, the country is scored as having banned it. On the other hand, if a country has brought in regulations to try and restrict or ban an area but users continue to be able to freely use these services/websites, the country is only scored as being “restricted” because the regulations/laws aren’t being enforced.

What is the Communications Decency Act (CDA)?

The Communications Decency Act (CDA) was the United States Congress's first attempt to regulate pornographic material on the Internet. The CDA was introduced as part of the Telecommunications Act of 1996. The CDA made it a crime to use any telecommunications device to send or receive obscene or indecent material. The CDA also created a safe harbor for Internet service providers, shielding them from liability for user-generated content.

How big of a problem is censorship in schools?

Censorship in schools is a growing problem that has recently gained more attention. With the rise of technology, it has become easier for school administrators to monitor and control the content students are exposed to. This can lead to issues such as limiting access to important information and resources or preventing students from expressing their opinions.