Microsoft Access is a time-worn relational database management system. It was innovative in its day but it faces a lot more competition in the RDBMS market today. Is it worth learning Access’s foibles to set up a personal database? Aren’t there better alternatives and newer options available? This topic has become increasingly divisive with industry opinions being quite split. We investigate.
Stephen Cooper

Microsoft Office is almost 30 years old – it was launched in November 1990. Not many software packages have enjoyed such longevity. However, the Microsoft bundle hasn’t stayed the same over the years. Some elements get added, while others get dropped. One component of the productivity suite that is still in there is Microsoft Access.

Access debuted in 1992. Microsoft had struggled to produce a desktop DBMS for years and fast-tracked the development process by buying up one of the sector’s market leaders, FoxPro. Although Microsoft continued to market and develop FoxPro, it was able to pick at some of the code and services of its new acquisition to bump-start its own database engine project. The transfusion was successful.

Access rode on the success of Windows. The package’s main rivals failed to spot the rise in this operating system and didn’t release Windows versions fast enough. Microsoft also killed off FoxPro to make room in the market for MS Access. The success of the tool increased when it was included in Microsoft Office in 1995.

The tool then became part of the Microsoft Office evolutionary pipeline with a requirement to get overhauled regularly in synchronization with the development of other Office components. This really took Access to the next level.

One problem with Microsoft Access is that it has its own file format that isn’t compatible with any other system. While Microsoft adopted an OpenDocument Format-compatible XML-based file structure for Excel and Word, it left the old file structure of Access alone.

The .docx and .xmlx file formats of Word and Excel have become the universal touchstone of file types in their respective application fields. However, the .accdb format used by Access never caught the public’s imagination and other developers of rival productivity suites weren’t interested in building Access file compatibility into their desktop database applications.

A common use of Microsoft Access is to keep it as a front end to more commercially successful DBMSs. For example, Access can attach to an Oracle database, so business applications written in Access can connect through to data held in an Oracle database. Access can also front for SQL Server and Sybase. However, this repurposing of the Access application feels a little like a half-life. Is this the last resort for Access, acting as a skin to more successful RDBMSs?

As the demand for Access programming language skills lessens, fewer programmers bother to learn the system. This begins a cycle of decline where the lack of an available developer skills pool puts project managers off from using an environment to develop a new product. So, the shortage of programmers with data management skills creates a shortage of projects in that language and the lack of demand for those skills makes mastering that language a poor career move. Thus, the skills pool shrinks further and the cycle of decline continues. Microsoft Access could be following COBOL, FoxPro, and SQLBase down the path to oblivion.

Microsoft couldn’t help but notice the meteoric fall of Access from its heights as the most widely used desktop database system in 2011 to being an embarrassing left-over in 2017. The company announced in November 2017, close to the application’s 25th birthday, that it intended to retire Microsoft Access from its online productivity suite.

The official shutdown date for Access Web Apps and Web Databases in Office 365 was set for April 2018. Despite declaring the removal of Access from Office 365, Microsoft quietly changed its mind. Updates continued to appear – the latest version of Access in Office 365 was released in September 2020. Also, Microsoft continued to develop the desktop database software, releasing Access 2019 in September 2018 as part of Office 2019. Microsoft has a page where you can check which version of MS Access you are using. Depending on the version of Access you have deployed, you can check on updates and new features as well.

The lingering purpose of Access lies in the self-build market. However, what small business operator will bother creating a contacts database in Access or setting up an invoice form when there are plenty of ready-made invoice generators available on the web? Who is going to create a recipe database for the kitchen when plenty of online cooking sites already make those recipes available anytime on-demand?

Think of a situation where someone might still need to use Access and just as quickly, you can come up with a better alternative that is already available. If you can’t, we’ve come up with a shortlist of alternatives to Microsoft Access.

OpenOffice presented a serious challenge to Microsoft Office. It contained all of the elements anyone wanted from Microsoft Office but was free. Microsoft toughed it out and finally, the free OpenOffice failed to provide enough investment to keep it up to date. The bugs in the system eventually made it a security risk and the free alternative to Office withered.

OpenOffice still exists today, though, as an open-source project, its code was available and a lot of people made their own versions. In most cases, the “forks” of OpenOffice used the same component names for the individual applications in the suite. The OpenOffice equivalent of Access is called Base. Base has its own file format — .odb – and it isn’t able to open .accdb files created in Access. Base isn’t any better than Access, except that it is free. There are still versions of OpenOffice available for free.

The original OpenOffice got foisted off on the Apache Foundation. The Foundation initially got some support from IBM who lent the project to a development team that rewrote it to be the same and IBM’s Lotus Symphony. Since IBM withdrew, the project has shriveled. Base is still a component of Apache OpenOffice and it is completely free to use.

2021 Update: Despite having a lower development budget since the departure of IBM, Apache is still maintaining the code for this suite. There were three update releases during 2021, so the system is still being kept fresh. 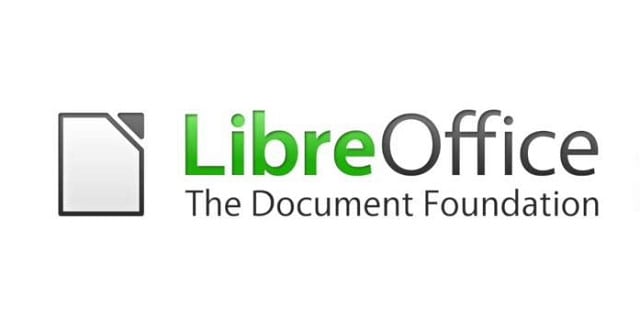 LibreOffice is a clone of OpenOffice and ended up being more successful. The suite includes Base, which is a good free alternative to Microsoft Access. It has its latest versions for Windows, Mac OS, Linux, and Android.

Google G -Suite is a powerful rival to Office 365. The free version is just called Google Docs even though it contains more than the eponymous word processor. Google Forms is part of the suite. You can use Google Forms to create data entry and data query screens and use Google Sheets (a spreadsheet) as the back-end database.

The interface of Google Forms is very easy to use and anyone can create a small database application without any technical knowledge. Check out this YouTube video on how to create a database with Google tools. 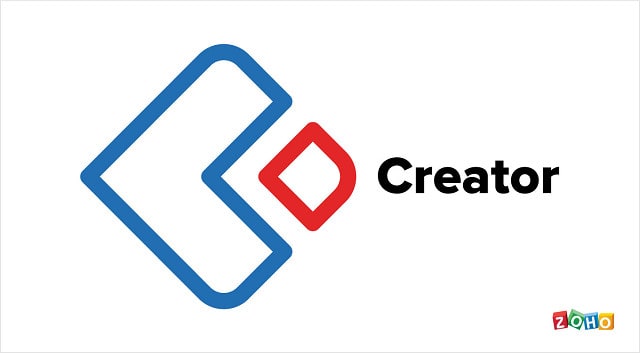 Zoho Creator is an online application creation environment that is based around the development of Access-like databases. The development environment includes a guide, with staged tasks that help you create a database and screens and reports based on it. This is a professional solution, however, there is also a free tier. The two paid plans are charged for by subscription. You can assess the paid editions of Zoho Creator with a 15-day free trial.

2021 Update: There is now also a freeware version – See the price comparisons.

Bubble is a good alternative for those who use Access to interface to other DBMSs. This is a codeless website development tool with the ability to create data forms for data entry and query. The company offers a hosting service as well. You can design a site or a page and host it on the Bubble servers, setting up new databases or linking back to your existing databases.

This is a paid service but there is a free version. The free Bubble will have “Built with Bubble” printed on your page.

This article has attracted a lot of community attention with a number of commenters recommending alternative packages to Microsoft Access. We list the most common ones here:

If you were depressed about the decline of Microsoft Access, then hopefully, this review of the status of the package and alternatives to it has given you some cheer. The way forward out of your Access depression is to try out some other database systems.

The free alternatives on this list show you that you shouldn’t have paid for Access in the first place. One problem you will face is migrating your data out of the .accdb format. However, you can export data in CSV format and import that into a new database created with any DBMS.

Microsoft doesn’t have any plans to replace Microsoft Access while also planning to remove the application from Office 365. Therefore, Access users will need to look at alternative systems to run their desktop databases, such as LibreOffice Base, Zoho Creator, or Bubble.

What is the difference between SQL and Microsoft Access?

SQL stands for “structured query language.” It is a generic language, originally invented by IBM, for accessing data in relational databases. Since the creation of SQL in the early 1970s, several proprietary adaptations have been formulated. Microsoft Access uses a version of SQL that is very close to the original, definitive language.

Visual Basic went through a transformation in 2002 when it was integrated into the .NET framework. For a while, it was called Visual Basic .NET (or VB.NET) but now has gone back to the Visual Basic name. Visual Basic is still supported by Microsoft and is still being developed. The latest version is Visual Basic 2019, which is also referred to as VB 16.0. This is sold as part of the Visual Studio 2019 package.

The closest Google Cloud has to Access is Google Bigtable, a NoSQL big data system. This is not included in G-Suite.

The current status is that Microsoft is fully committed to continuing development and support of Microsoft Access.