Trend Micro vs Avast: Which is best? 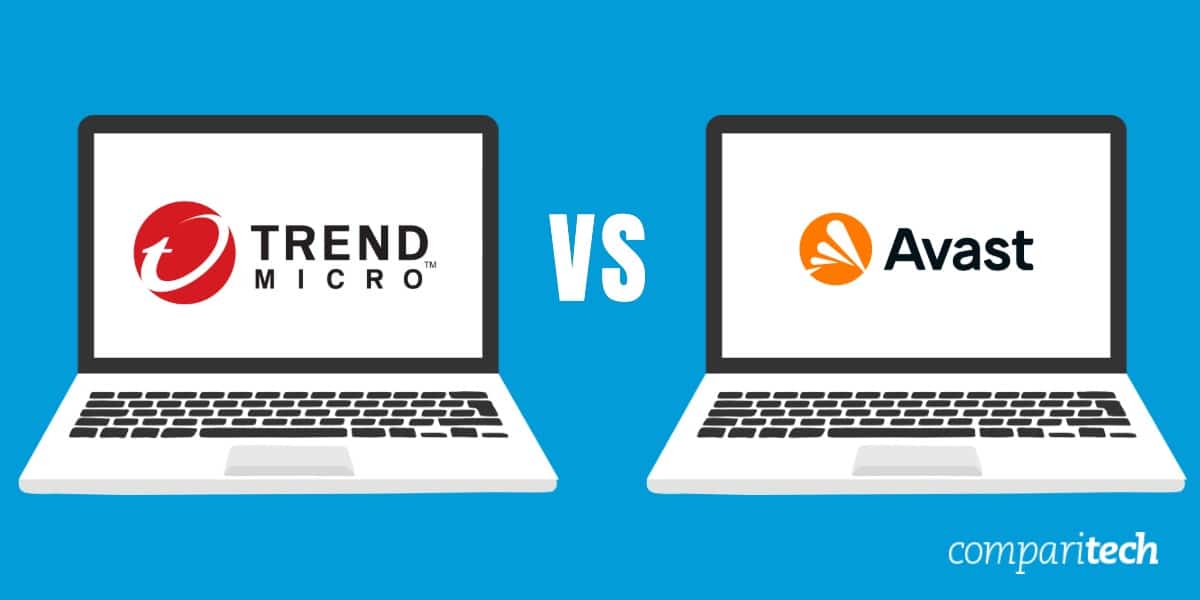 Looking for antivirus software and struggling to decide between Trend Micro and Avast? In this comparison, I run a series of tests to determine the efficiency of each program’s in-built malware prevention tools. The tests are intended to determine how well the real-time scanner and on-demand scans work, as well as how much they affect PC speed and overall performance when carrying out a task.

I’ll look at other key aspects like cost, customer support, the user interface, and combined security features to obtain a better picture of each antivirus and conclude which is the best.

If you’re in a rush and just want to know who won, I can tell you that Avast is the winner. It wins due to its excellent malware protection results, with no major influence on PC speed or performance, and a variety of additional security tools for a very reasonable price when compared to some other prominent brands.

Do you want to learn more about both providers? Continue reading to see the complete comparison.

BEST DEAL FOR TREND MICRO:Save 44% on Maximum Security and protect up to five devices on one subscription.

BEST DEAL FOR AVAST:Save up to 50% on Avast One and benefit from the highest levels of antivirus protection.

Trend Micro has been a mainstay in the Antivirus business for the past 31 years, founded in 1988 by Eva Chen, Steve Chang, and Jenny Chang. The company focuses on cloud security and protection for enterprises, but it also offers protection for home PC users.

It protects around 250 million computers around the world and offers protection from viruses and malware, alongside PC performance and online privacy tools.

Avast is an antivirus brand well-known to most home PC users. It has a strong network of regional offices, but its headquarters are in Prague, Czech Republic. To combat advanced cyber attacks, the business produces computer security software that employs machine learning and artificial intelligence. Its excellent free antivirus product has helped it gain a lot of popularity.

Price and value for money are important factors when you are looking around and comparing antivirus packages. What option do Avast and TrendMicro have to offer?

Avast enjoyed a lot of success with its free antivirus, and it continues to do so today. Of course, the free software is set up to protect against computer viruses, but it also comes with basic versions of a few more utilities, such as a VPN and PC optimization tools.

It will set you back $69.99 for one machine or $89.99 for up to ten. For added flexibility, it would be good if Avast offered a three- or five-device option.

On the Avast website, certain savings are now on offer for the first year of subscription. For the first year, Avast One (family version) is discounted from $139.99 to $59.99.

This covers one Windows device, and Antivirus+ Security protection is only compatible with the Windows operating system.

This package adds in parental controls and safe surfing for kids, as well as social media security, and a system tuner.

At the time of writing, the package is reduced from $79.95 to $39.95, for the first year. Up to three devices can be protected with the Internet Security package.

Once again, this suite is only compatible with Windows PCs.

Maximum Security is the most expensive tier in the Trend Micro lineup. It can secure up to ten devices, however, three or five devices can also be protected for a reduced subscription fee. This version includes all of the other features from Antivirus+ and Internet Security, as well as some additional tools.

A password manager, mobile device cybersecurity, and 24/7 premium assistance are among the tools available. Trend Micro Maximum Security costs $89.95 for five devices, but it’s currently available at a discounted price of $39.95 for the first year.

The most crucial factor to consider when comparing antivirus software is if it can protect against typical malware and virus attacks.

To verify this, I ran a few experiments with various sample malware files and three live programs containing malware, including adware and trojans, to see how effective each scanner was.

First, I put the programs through their paces with four EICAR files (The European Institute for Computer Antivirus Research).

These samples were allowed to download over an HTTPS connection by Avast’s real-time scanning software, but they were blocked over an HTTP connection. 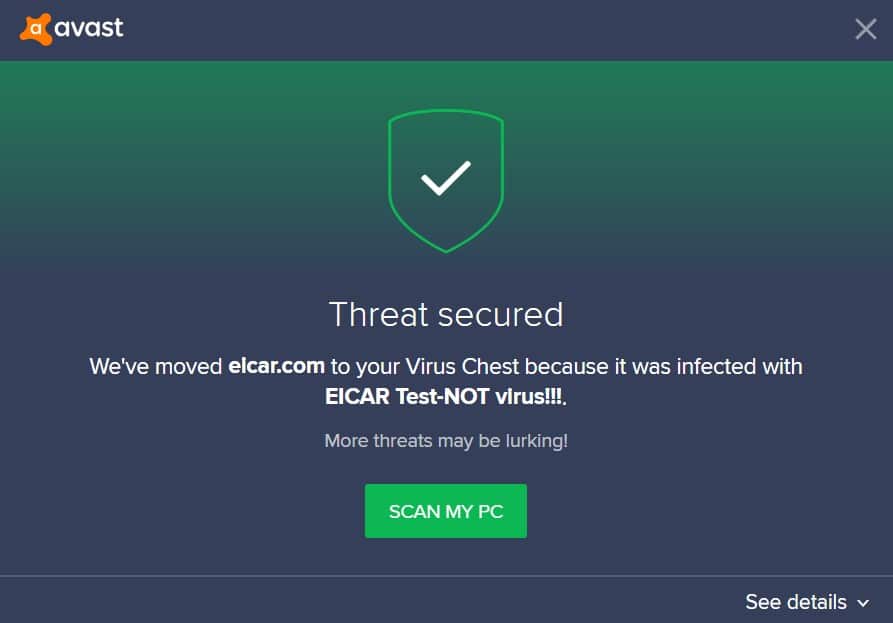 All three malware and adware samples were also removed by Avast.

With its real-time scan, Trend Micro was able to block the first sample, a basic EICAR test file. 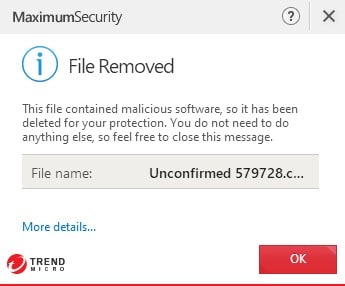 The other three EICAR sample files were not detected nor blocked by Trend Micro’s real-time scanning security.

The missed files were pieces of hazardous malware concealed in ZIP packages, demonstrating that Trend Micro might struggle to detect malware embedded this way. It was able to successfully stop the three live malware samples from operating on the system.

On-demand scans examine your PC’s existing files for viruses and malware that must be deleted. To test this, I conducted a rapid system scan and a more comprehensive scan to assess how good each was at detecting EICAR malware and the three samples.

Avast’s Smart Scan took 146 seconds to complete and found none of the files. However, Avast’s full system scan was successful. It took 60 minutes to check 1,870,000 files and detected all seven threats.

The Trend Micro quick scan took 1020 seconds, making it one of the most time-consuming antivirus solutions I’ve encountered. Regardless, the quick scan revealed no potential threats.

During the full scan, Trend Micro spent 110 minutes scanning the entire system, checking 667,000 items. During the full on-demand scan it missed the four EICAR samples but picked up the three live malware files.

TrendMicro performs a fairly thorough scan of a computer system in a reasonable amount of time, but it does not go as deep as Avast and takes longer to complete than its competitor.

I wanted to examine how well Avast and Trend Micro were regarded by the top professional antivirus testing sites, AV-Comparatives, to see if they would support my own testing.

AV-Comparatives performs a number of tests on antivirus programs for both personal and corporate use. The Real World Protection Test and the Malware Protection Test are the two I want to focus on for this analysis.

AV-Comparatives’ Real World Protection Test between July and October 2021 pitted a variety of antivirus products against 743 malware test scenarios. In this test, Avast safeguarded against 99.9% of threats, with only two false alarms.

Trend Micro was able to stop 100% of the attacks, but it did register 17 false positive results.

The offline protection rate is a little alarming, as Trend Micro came in second to last in this category, with only Panda scoring lower (50.3 percent).

In the test category, most providers scored around 90%, so Trend Micro lagged well behind.

Nobody wants to use software that slows down their computer. I kept track of how much system resource consumption grew throughout scans to evaluate how much of an impact Trend Micro and Avast made on my PC. The results of the quick scan on system resources are shown in the table below.

The results of a full scan for both providers are shown in the table below.

The complete scan by Avast had a minor influence on CPU consumption, which climbed by 10 percent. The amount of memory used increased by only 1%. Disc use grew considerably, from 28 MB/s to 5,801 MB/s.

Trend Micro recorded an 18% rise in CPU utilization, an eight percent decrease in memory use, with a small spike in disc utilization from 2 MB/s to 10 MB/s.

I’d like to compare my results to those of a reputable testing lab, just like I did in the malware protection part.

Antivirus performance is measured by the speed with which a user can execute routine tasks on a PC while an antivirus scan is running in the background. Let’s see how fast each program is according to AV-Comparatives.

The following are the tasks that were measured:

Apart from starting applications on the first run, Avast was rated as very quick for all tasks. The test took place in October 2021.

Trend Micro was scored as very quick in the same test for loading websites, downloading files, archiving/unarchiving, and file copying. For the remaining four categories, it was classified as quick.

While my own tests revealed that Trend Micro had no dramatic effect on PC speed, lab data indicates that Avast is the faster program for a few tasks.

Which provides the most beneficial features for customers? Each has its own set of extra tools and features, which are outlined below.

We’ve covered some of the key features in more details below.

Avast provides a clear breakdown of the yearly subscription cost, as well as how much subscriptions will cost in following years once the first year deal expires. I recommend turning off automatic billing once you’ve completed the signup process, or you’ll be charged again with the full price in a year.

Avast One was downloaded in under 1 minute from the internet to my PC, and installation was straightforward.

Trend Micro’s website has a streamlined design that makes it simple to navigate between pages and learn more about each product. The checkout process is also easy, and the download and installation took only a few minutes.

Having software that works is one thing, but I also want to find an antivirus that is easy to use and doesn’t have me searching around for the features I will need to use most often. 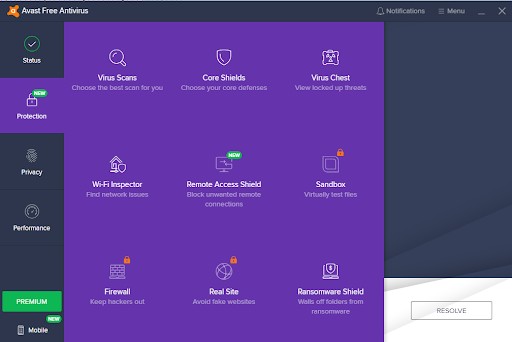 The color pattern of Avast’s interface is purple, dark blue, and green, and it appears quite modern but it’s still practical.

The green button for starting a new scan jumps out from the design. A basic icon-based navigation panel runs down the left hand side of the screen, displaying whether your device is now secured or if it’s been infected. 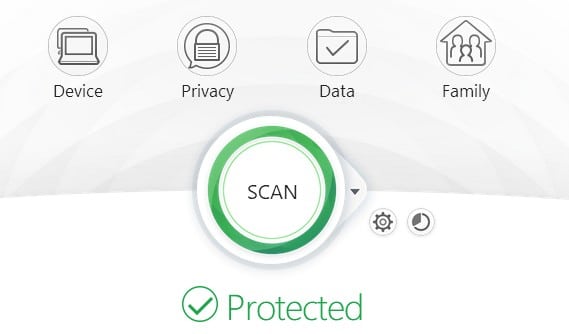 One of the advantages of a slightly limited feature list can be seen in the Trend Micro design. It’s all quite simple and easy to navigate.

There is no unnecessary clutter, with each feature neatly compartmentalized into visually distinct icons. A clear and distinct layout in this UI makes it very simple to navigate and find what you need.

Is technical support and information readily available, and is it straightforward to obtain? Let’s see how good TrendMicro and Avast’s customer service is.

On Trend Micro’s website, there are various ways for customers to get in touch with them.

It provides a support site with a variety of FAQs, search options for its support databases and directories depending on which product you own. You can also call the phone support line to speak with a live person.

It should be noted that Trend Micro’s premium 24/7 coverage is only available to customers who have purchased the Maximum Security solution.

Avast also offers live chat help as well as email support. Avast Premium subscribers, unlike Trend Micro, do not have access to a customer service phone line. Avast features thorough help manuals in the support part of the website.

In conclusion, I found that Avast is the superior antivirus program. Both providers offer protection against viruses and malware but Avast found more of the sample files in my tests. The lab tests results had little between the two provider’s detection rates, though Trend Micro had a very low offline detection rate and a large number of false positives.

Avast was rated faster for several tasks. Both programs have good additional features but Trend Micro does not offer webcam protection which might be a big deal for some users.