What is Bluesnarfing? Your questions answered

Heard the term bluesnarfing and want to know what it is? You'll find everything you need to know inside, including answers to several FAQs.
Craig McCart 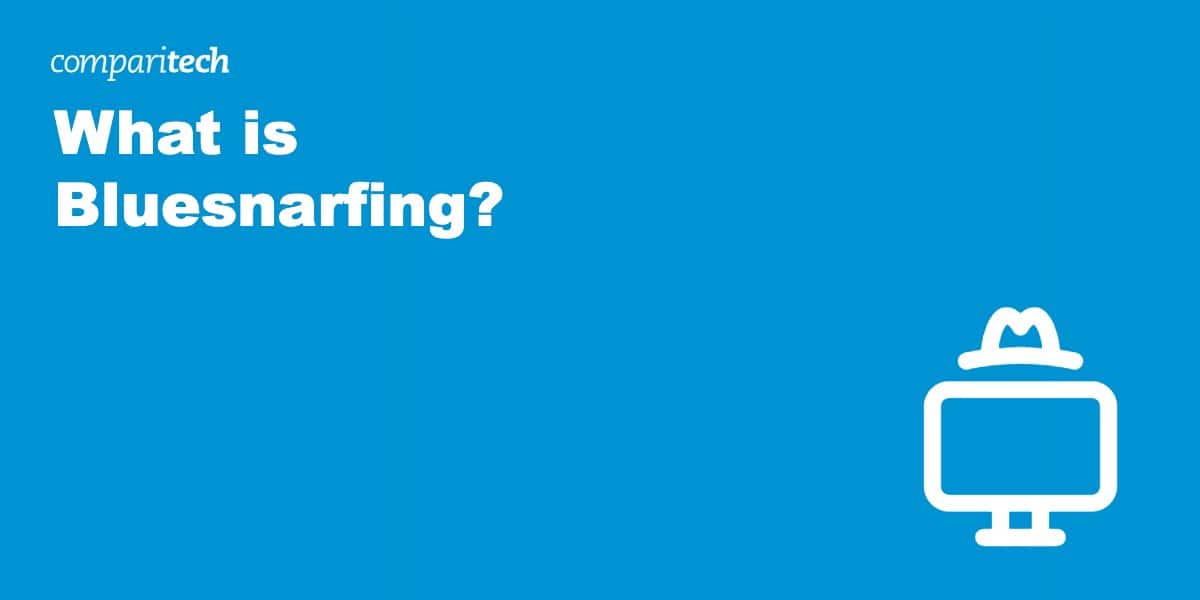 You’ve probably heard of bluejacking and bluesnarfing, but what exactly are they? This blog post will explain what bluesnarfing is and how it works. We’ll also share some tips on protecting yourself from this type of attack.

Bluesnarfing is a type of wireless hacking in which a hacker gains access to your Bluetooth-enabled device without your permission. Once the hacker has access to your device, they can download your contacts, calendar entries, text messages, and other sensitive data. They can also change your device’s settings and install malware, all of which can be a huge risk to your personal information and privacy, potentially resulting in ID theft or fraud.

How Does it Work?

An initial Bluesnarfing attack will usually take place within 30 feet of the victim, however, malware and other effects from bluesnarfing can persist afterward. The attacker will scan for Bluetooth-enabled devices in range and try to pair their device with the victim’s device. If the victim’s device is not protected with a PIN code, the attacker will be able to pair it with their device and gain access to its data.

Bluesnarfing often targets a smartphone’s phone number (IMSI) or the International Mobile Equipment Identity (IMEI). The attackers can then divert incoming calls and messages to another device without the user’s knowledge by getting access to this unique piece of data.

How Can You Protect Yourself?

Nobody wants to become a victim of bluesnarfing – remember that old saying? Prevention is better than cure? There are several things you can do to protect yourself from bluesnarfing attacks:

What should I do if I think I’ve been bluesnarfed?

If you think you’ve been bluesnarfed, you should first change your Bluetooth settings and create a new PIN code. You should also run a security scan on your device to check for any malicious software that may have been installed. If you find anything, delete it immediately.

Consider performing a factory reset if you’ve been infected with malware. It would be best if you also changed any passwords that may have been compromised. Finally, you should contact your wireless carrier and inform them about the incident. They may be able to help you recover any lost data.

Bluesnarfing attacks have become more common in recent years, and there have been several attacks that have made the headlines due to their effectiveness.

One such example is known as the BlueSniper rifle, developed by a Southern California university student that can attack a wireless device from a range of one mile – much further than the 300 feet range of a typical bluesnarfing attack. Fortunately, the developer of the BlueSniper rifle only uses it to detect security vulnerabilities and not for malicious purposes.

One of the most significant bluesnarfing attacks was performed by Google in 2013, when it admitted to accessing information from encrypted wireless networks. This allowed it to collect usernames and passwords without permission and led to the tech giant being fined $7 million.

Keep these tips in mind to protect yourself from bluesnarfing attacks. Remember to use a strong PIN code on your Bluetooth-enabled devices, keep your Bluetooth turned off when you’re not using it, only pair your device with trusted devices, and use a security solution that includes anti-hacking protection.

How can I tell I've been affected by bluesnarfing?

If you notice unusual activity on your devices, such as new contacts or text messages you didn't add, you may have been affected by a bluesnarfing attack. You should also be aware of any changes to your device's settings.

What are the different types of bluesnarfing?

Do all Bluetooth devices have this vulnerability?

No, not all Bluetooth devices are vulnerable to bluesnarfing. The attack only works on devices not adequately secured with a PIN code.

Bluesnarfing attacks are not very common. However, they can be challenging to detect because they often go unnoticed by the victim.