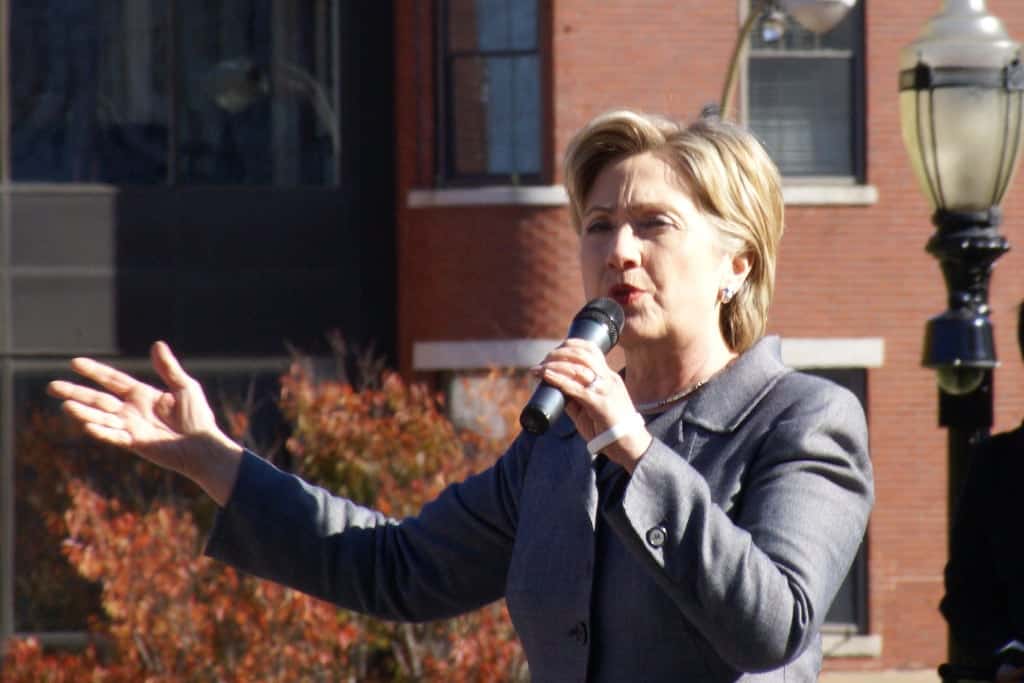 US Presidential Candidate Hillary Clinton’s vague statements on encryption at the most recent Democratic national debate drew heavy criticism from the tech community. While acknowledging that she wouldn’t want to force tech companies to leave backdoor access to encrypted information for law enforcement, her alternative showed a clear lack of understanding on the topic.

“It doesn’t do anybody any good if terrorists can move toward encrypted communication that no law enforcement agency can break into before or after,” she said. “There must be some way. I don’t know enough about the technology to be able to say what it is, but I have a lot of confidence in our tech experts.”

She went on to describe some fantasized “Manhattan Project” where tech companies and law enforcement come together to form an imaginary solution that addresses terrorists’ use of encrypted communications. The original Manhattan Project was the United States’ secret program to develop nuclear weapons during World War II. NSA whistleblower Edward Snowden was not impressed:

Aaaaaaaaand Hillary just terrified everyone with an internet connection. #DemDebate

Clinton’s lack of a real solution was lambasted by tech media. “I don’t know enough about the technology, Martha, to be able to say what it is,” she added. Rolling Stone called out Clinton’s for her hypocrisy toward protection of private data:

This is the public servant, after all, who as secretary of state maintained a private email server — with the benefit to Clinton of being able to vet and delete her own communications before they became a permanent part of the public record.

Clinton’s non-answer here is essentially Trumpian: don’t worry about the details, the experts will figure it out.

Clinton’s remarks actually echoed Republican presidential candidate and former head of Hewlett-Packard Carly Fiorina, who said in the last GOP debate, “They do not need to be forced. They need to be asked to bring the best and brightest, the most recent technology to the table.”

Fiorina was countered by John Kasich, who portrays encryption as a terrorist tool that law enforcement must be able to penetrate in order to keep people safe. But ever since the damage done in the wake of Edward Snowden blowing the whistle on PRISM and other government-run mass surveillance programs, tech companies have been reluctant to comply.

As Tim Cook pointed out on 60 Minutes, a back door for the good guys (law enforcement) is also a back door for the bad guys (thieves, terrorists, hackers). Ultimately, the collaborative solution Clinton and Fiorina are imagining just isn’t realistic.

Also we can create magical ponies who burp ice cream while we’re at it. https://t.co/T9Gzd3eCMo

To be fair to Clinton, her opponents aren’t doing much better. Martin O’Malley gave an even more vague non-answer, while Bernie Sanders never got the chance to respond. And to her credit, at least Clinton didn’t advocate forced compliance:

clinton says she wouldn’t force Apple to give gov backdoor access. When expectations are so low, that’s a big win for Silicon Valley.

What encryption opponents fail to realize is that encryption is not a tool limited to United States tech companies. The same encryption protocols are used around the world and are widely available, so implementing a back door to iPhones would essentially result in terrorists switching to Samsung and affecting terrorism in no significant way whatsoever. Beyond that, there are dozens of other ways to encrypt data and communication before it ever leaves a device’s local memory and goes careening across the internet. In the end, back doors for phones and computers sold in the US only serve to damage the American tech industry. Terrorists can easily find alternative encryption methods.

“Hillary Clinton” by Mark Nozell licensed under CC BY 2.0