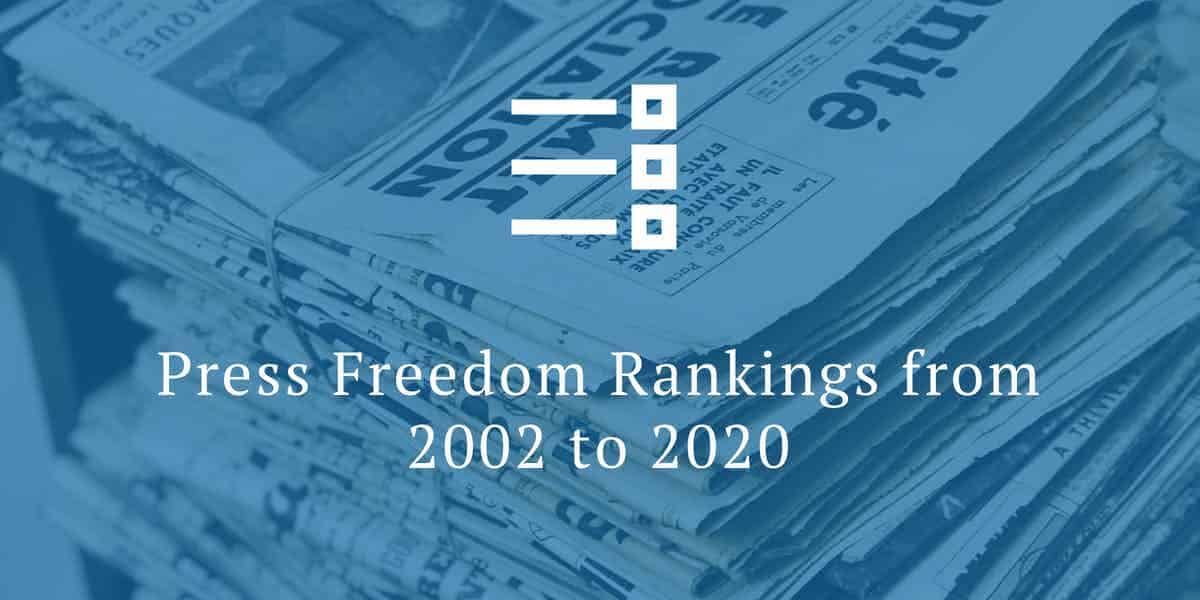 Each year, Reporters Without Borders (RSF) releases its press freedom rankings. It scores 180 countries based on the legal framework, the level of pluralism, media environments and self-censorship, media independence, transparency, and the quality of infrastructure which supports information and news production. It does not evaluate government policy.

Below, we’ve collected all of the data from 2002 to 2020 so you can see how each country’s score has changed over the years.

The countries with the best overall average rankings since the index began in 2002 are Finland and Norway (average ranking of 2). The Netherlands (4); Denmark, Sweden, and Iceland (7); and Switzerland and Estonia (9) also enjoy single-figure average rankings.

Please note: Some countries/territories may have changed over the years and occupied territories haven’t been included.