How to watch Finch online from anywhere on Apple TV+

Want to watch Finch starring Tom Hanks online? Finch will be available on Apple TV+ and with a VPN you can access it from anywhere. Learn how to stream Finch online using our easy guide.
Ray Walsh VPN and privacy expert 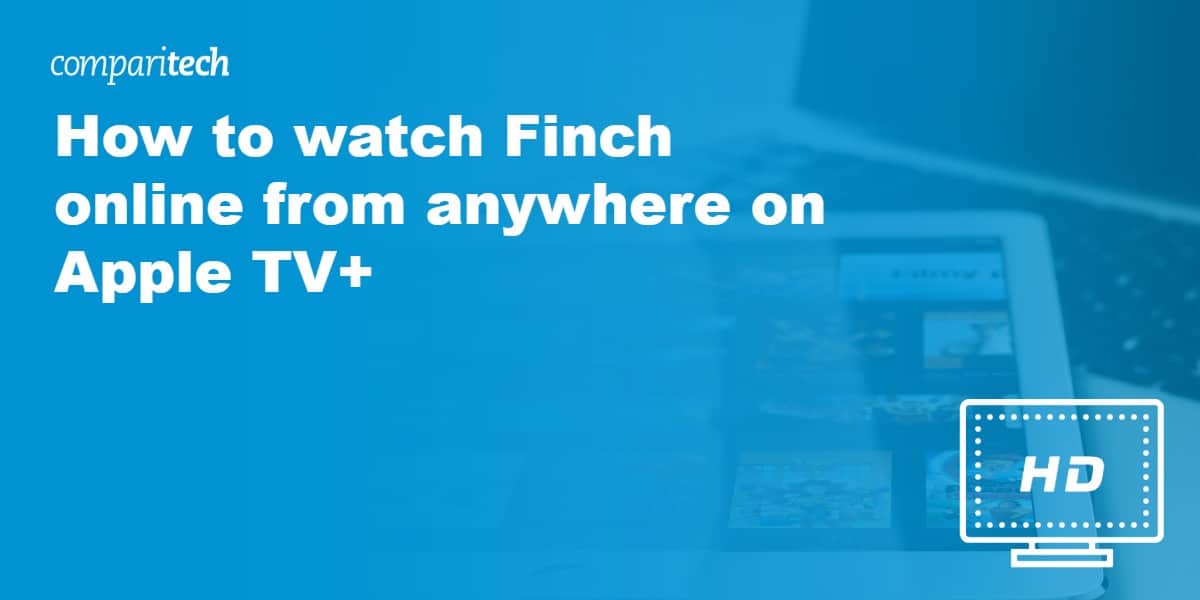 If you are a fan of the sci-fi genre and an even bigger fan of Tom Hanks, you are probably looking forward to the new Apple Original Finch. The new feature-length movie will not be showing in cinemas, so you will need to stream it online and a VPN (or Virtual Private Network) can help you do this.

Unfortunately, Apple TV+ is only available in 107 countries around the world. If you are visiting a country that isn’t supported, you will need to use a VPN to stream Finch on your services back home.

Not all VPNs work with Apple TV+, because the service works hard to block people. This means that you must pick a VPN for Finch carefully. The good news is that we have found a few VPNs that work.

You can use this guide to learn how to stream Finch abroad on Apple TV+. We will even recommend the best VPNs for the job – so that you can get instant access no matter where you are.

How to watch Finch online with a VPN

Accessing AppleTV+ abroad is easy if you use the right VPN. Apple works hard to block VPNs, to prevent its content from being viewed in unlicensed regions. The good news is that there are still a few services that work.

Here’s how to watch Finch online from anywhere:

As soon as you connect to a server in your home country, you can stream Finch while on vacation anywhere in the world.

If you want to take out a new Apple TV+ subscription, you will need a valid payment method for that country. However, you can easily purchase an iTunes gift card that is delivered via email. That means you can pay for a subscription from anywhere. Just remember to use a VPN. NordVPN offers a 30-day money-back guarantee, so you can try it risk-free.

WANT TO TRY THE TOP VPN FOR FINCH RISK FREE?

NordVPN is offering a fully-featured risk-free 30-day trial if you sign up at this page. You can use the VPN rated #1 for Apple TV+ without limits or restrictions for a month—great if you want to watch Finch abroad.

When is the Finch release date?

Apple will release its original movie Finch globally on November 5. It will release the movie on Apple TV+ in all markets on the same day to battle piracy – and simply because it can!

One of the great things about Apple Originals is that Apple owns the rights to the content. Unlike the shows and films that Apple licenses from third-party publishers and copyright holders, Apple is free to broadcast Finch in every region where Apple TV+ is currently available.

Where is Apple TV+ currently available?

Since Apple TV+ was first launched in 2019, it has expanded quickly and is now available in 107 countries. Below we have included a list of countries where you can access Apple TV:

Can I use a free VPN for Finch?

No. Although there are some free VPNs on the market, they are not fast enough to provide access to Apple TV+.

Free VPNs are oversubscribed, and they have few servers. As a result, those servers are extremely sluggish. This means that you will experience huge amounts of buffering when you try to stream Finch (or anything else).

What’s more, we have yet to find any free VPNs that Apple has not blocked. This means that you will not be able to use free VPNs to stream Finch (even if you are willing to deal with the lag and buffering).

In addition to the performance issues and lack of servers that work with Apple TV+, we recommend staying away from free VPNs for privacy and security reasons. Free VPNs often make money by harvesting user data and selling it to third parties to create a revenue stream.

This data is used to profile users and create databases about their online habits, which is the exact opposite of what a reliable VPN does; which is to provide you with watertight online privacy.

Many free VPNs have even been found to lie about the level of encryption they provide and to contain spyware or data leaks in their apps. This makes using free VPNs a huge risk to your digital footprint.

How much is Apple TV+?

What do we know about Finch so far?

Directed by Miguel Sapochnik (Game of Thrones) and produced by Robert Zemeckis (the writer of Back to the Future) the film centers around a man and robot living on a post-apocalyptic earth.

Finch (played by Tom Hanks) is living in a bunker with his dog Goodyear following a cataclysmic solar event. The robot engineer decides to design and put together a bipedal robot (played by Caleb Landry Jones) to take care of his dog should anything happen to him.

During the course of the film, the robot and Finch form a close bond and leave the bunker on a journey to find somewhere safe to live.

As they make their way across land in an attempt to find other survivors or a better place to live, Finch decides to teach his new robotic friend the joys of what it means to be a sentient living being.

The film, by Amblin Entertainment, is said to be extremely heartwarming and is already being tipped to win accolades during awards season later this year.

Who are the cast of Finch?

Due to its cataclysmic settings, the film is primarily played by Tom Hanks in the titular role of Finch. However, a few other characters make it into the movie during flashbacks in which Finch remembers his past.