How to watch The Matrix 4 online outside of the US

Want to stream The Matrix 4 online? If you want to watch Matrix 4 online, you can do so on HBO Max. It is only available in the US, but with a VPN, you can stream it from anywhere.
Ray Walsh VPN and privacy expert 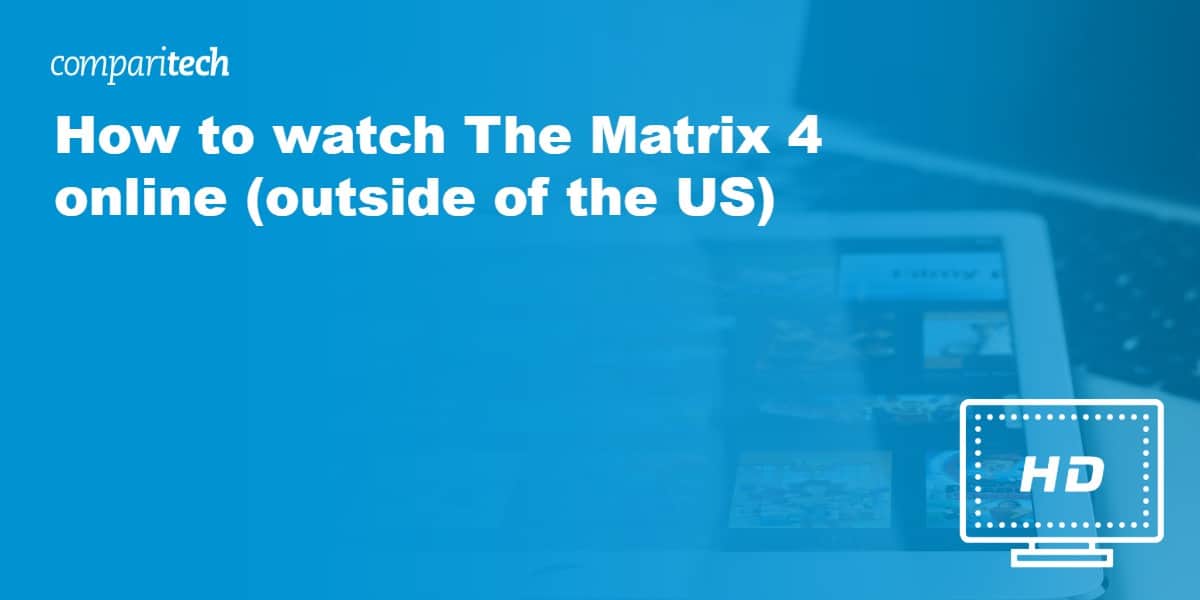 Due to Covid, The Matrix Resurrections is being released in theaters and online simultaneously. So, anybody who doesn’t want to leave the comfort of their home can choose to stream it. The long-awaiting blockbuster will be exclusively available on HBO Max. So if you are currently traveling abroad, you’ll need the help of a VPN.

A Virtual Private Network (VPN) is an online service designed to give you privacy and security. It works by encrypting your web traffic to prevent snooping. It also conceals your location from the websites you visit to stop a persistent layer of tracking.

By connecting to a VPN server in America, you get a US IP address. This tricks streaming platforms like HBO Max into believing you are back home in one of the 50 states. As a result, you can watch Matrix 4 on vacation anywhere in the world.

Not all VPNs work to stream on HBO Max. This is because the platform is aware that people use them to bypass its regional blocks. This means that you must pick a service carefully. In this guide, we have done the hard work for you by recommending VPNs for Matrix 4 that work flawlessly.

How to watch The Matrix 4 online with a VPN

Using a VPN to access HBO Max abroad is extremely easy using the right service. HBO’s effective anti-proxy systems mean that only a few VPNs work. Luckily, our experts have found a VPN that offers both value for money and superb US servers that work with HBO Max. That means you can follow the steps below to watch The Matrix 4 from anywhere.

Here’s how to watch The Matrix 4 online from anywhere:

As soon as the connection to the US server is established, the VPN app will turn green. At this stage, you can go ahead and stream The Matrix 4 from Canada, Europe, Mexico, or anywhere else in the world.

WANT TO TRY THE TOP VPN FOR THE MATRIX 4 RISK FREE?

NordVPN is offering a fully-featured risk-free 30-day trial if you sign up at this page. You can use the VPN rated #1 for HBO Max without any limits or restrictions for a month—great if you want to watch Matrix 4 outside of the US.

When is The Matrix Resurrections release date?

Following a year of delays because of the pandemic, Matrix 4 will finally drop in American cinemas on December 18, and on HBO Max on December 22. In Japan, the movie will be released slightly earlier on Friday, December 17.

In the UK and Europe, the film will hit theaters on December 22. However, the movie will not be available to stream on any British or European streaming platforms. Thus, you will need a VPN to watch Matrix 4 on HBO Max if you are visiting Europe for the holidays. Nord VPN offers a 30 day money back guarantee, so you can try it risk free.

How can I stream Matrix 4 online in Canada?

If you are traveling in Canada, you are probably aware that HBO Max is not available there. This is extremely frustrating, particularly if you’re in somewhere like Ontario—where you are a stone’s throw from the border—and accustomed to regularly crossing into the US for work or to visit friends and relatives.

Unfortunately, the same is true if you are an HBO Max subscriber crossing the border into Canada for Christmas. As soon as you arrive at your hotel or your relative’s house, HBO Max will automatically serve you a location error message.

As a result, the only way to stream The Matrix 4 in Canada is to connect to a VPN server in the US. This will allow you to regain access to HBO Max so that you can stream the movie on vacation.

How can I stream Matrix 4 online in the UK?

Unfortunately, the UK will not be getting an official streaming option when The Matrix 4 premieres on December 22. If you are in the UK, you will need to either go to the cinema or use a VPN to pretend to be in the USA to access HBO Max.

Can I use a free VPN to watch Matrix 4?

No. Although there are some free VPNs available on the market, you will not be able to use them to stream Matrix 4 on HBO Max. FreeVPNs are oversubscribed, and they have very few servers. This makes those VPNs very slow, which makes them unstable for streaming in HD.

To make the problem worse, free VPNs engage in bandwidth caps and download limits. This makes those services even more sluggish, resulting in constant buffering and reduced picture quality.

In addition to these issues, we have yet to find a free VPN that has US servers that haven’t been blocked by HBO. This is because HBO works hard to blacklist IPs that belong to VPNs, and free services do not have the resources to stay one step ahead of those blocks.

Why is HBO Max restricted outside of America?

HBO Max is bound by licensing contracts it enters into with content producers and copyright holders. These strict broadcasting agreements limit where HBO is legally permitted to broadcast content.

The Matrix Resurrections has been licensed to HBO Max for streaming in the US only. As a result, HBO is legally obliged to prevent anybody outside of America from being able to access the movie.

When users visit the HBO Max website, its servers automatically track each user’s IP address. If that address is found to be outside of America, the service simply serves the user with an error message.

The Matrix Resurrections—What we know so far

The Matrix Resurrections is the fourth installment in the sci-fi series about Neo’s battle to help humanity escape a simulated reality controlled by evil, sentient machines.

In the movie, Neo is living in San Francisco around 18 years after the time of The Netflix Revolutions (2003). Neo is undertaking treatment for supposed psychological issues that are causing him to suffer peculiar flashbacks.

To keep the strange memories that plague him under control, a psychologist has prescribed Neo blue pills. During the film, Neo encounters a new manifestation of Morpheus who offers him a red pill to re-open his mind and send him back into the Matrix.

Once inside the Matrix, Neo discovers that conditions have become much more dangerous since the last time he was there. It soon becomes clear that Neo must join a group of rebels to embark on a mission to battle the agents of the Matrix and a new enemy that has seized overarching control.

Not much else is known about the plot, so we will have to wat to find out whether Neo survived the murder-suicide of Agent Smith at the end of Matrix Revolutions, or whether he is due some kind of messianic resurrection in order to make his way back into the construct that is the Matrix.

The latest (and supposed final installment) of the Matrix is directed by Lana Wachowski, and was cooperatively written by Wachowski, David Mitchell, and Aleksandar Hemon based on characters originally created by the two Wachowski sisters.

Now that a release date is on the cards, fans can relax. However, for a while, the long-awaited sequel appeared to be doomed—with Wachowski purportedly considering walking away from the project due to the pandemic. Fortunately, Warner Bros was eventually able to convince Wachowski to finish the film.

Talking about the Matrix 4, Reeves has stated that the movie is both an inspirational love story about Neo and Trinity—and a call to wake up and fight the evils at the heart of society. With that in mind, you can expect the Matrix 4 to be a continuation of themes explored in the original trilogy.

What is the cast for The Matrix 4?