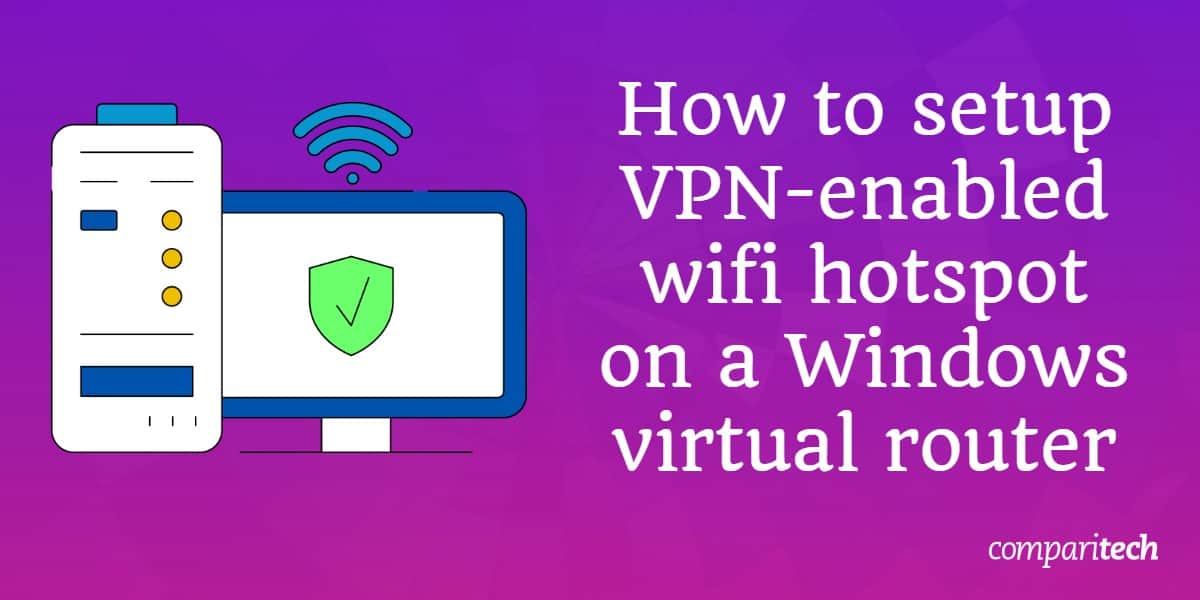 Most laptop owners don’t realize that their computers are capable of broadcasting their own wifi hotspots. Similar to setting up a wifi hotspot on your smartphone, a virtual router allows you to share your internet connection with other nearby devices.

In this tutorial, we’ll show you how to set up a virtual router with a VPN. Once finished, you can use the virtual router to connect other devices and route their traffic through the VPN. This is especially useful for devices that don’t natively support VPN connections, such as Roku, Apple TV, Chromecast, smart TVs, game consoles, and first-generation Amazon Fire TV sticks (newer Fire TV sticks support VPN apps). The process is much easier than setting up a VPN on your physical router, which often requires the risky task of flashing new firmware onto the device.

A virtual router can also be used to extend the range of a weak wifi signal. My friends and I recently used this in a hotel where the wifi didn’t extend all the way across the room. I placed my laptop in a spot where it got a better signal, then connected our phones to my laptop’s virtual router.

If you’re using Windows 10, you can follow the instructions in the video below. Windows 10 users do not need to use the Command Prompt to set up a VPN-protected wifi hotspot, as this features is now accessible directly from the Settings app.

What you need to create a virtual router in Windows

To get started, you’ll need the following:

First off, check to make sure your computer supports setting up a virtual router:

This tutorial is for Windows 10, but Windows 7 and 8 users should be able to follow along as well.

How to configure your Windows Virtual router

Now to actually set it up:

Now all that’s left to do is connect your devices to the virtual router. When you enter the wifi settings, the new network you just created should appear in the list of available wifi connections. Connect to it, enter the password that you created above, and that’s it!

If you disconnect from the VPN, the TAP adapter will de-activate and the virtual router will stop broadcasting the wifi signal.

If you have trouble starting the network, chances are there’s something off in your network adapter settings. To find these settings and adjust them, do the following: