Is Skype Safe and Secure? What are the Alternatives?

If you use Skype, should you be concerned about your security and privacy? We take a look and investigate some more secure alternatives.
David Gilbert

Skype is one of the oldest and most popular voice and video chat services on the internet. In March 2020, Microsoft revealed Skype had 40 million daily active users. Although many competitors have surfaced, Skype remains popular around the world.

So is it safe? Is it private? What should Skype users be aware of when they make calls and send messages? I’ll answer all of these questions in this article. I will mainly cover the standard Skype apps and not Skype for Business.

Microsoft acquired Skype in 2011, so Skype shares a privacy policy with all other consumer Microsoft products. A Microsoft account is required to use Skype. Unfortunately, that makes Skype’s data collection practices very opaque. Skype isn’t even mentioned explicitly in Microsoft’s privacy statement, and that statement doesn’t even specify what information is collected.

That being said, we can interpret the privacy statement to deduce some of the data that Microsoft collects about Skype users. 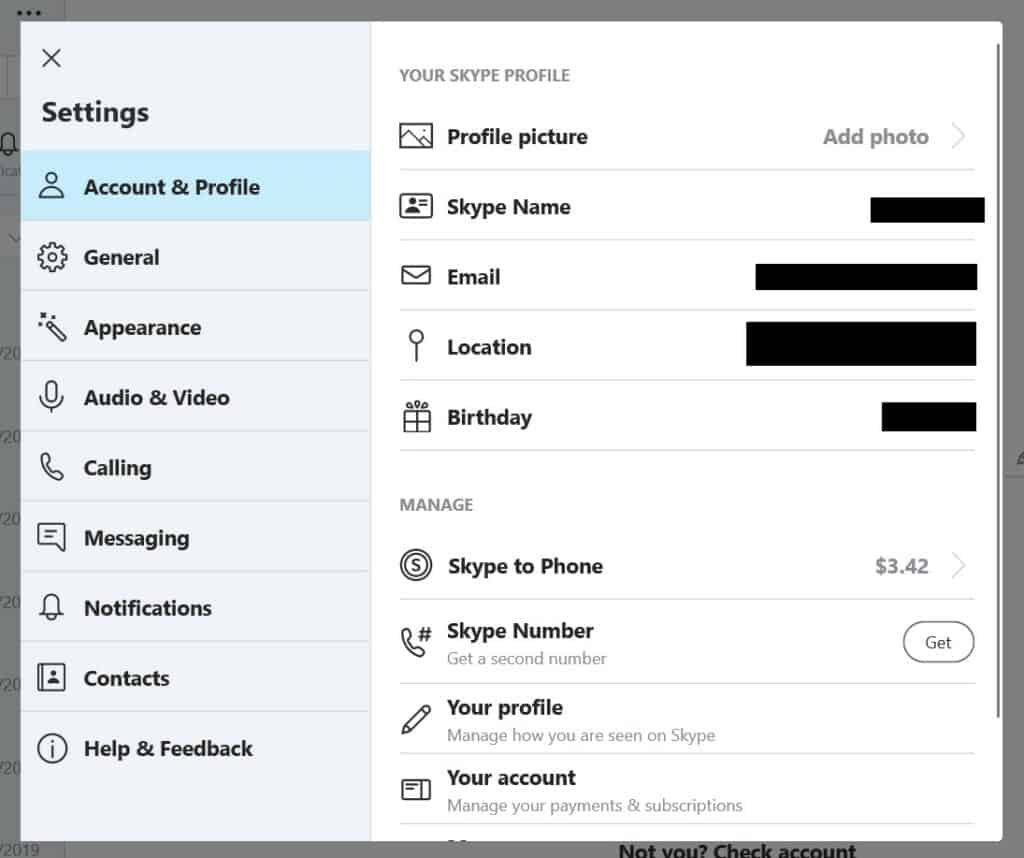 A Skype profile consists of:

If you use Skype to call phones, then Microsoft will also require your payment information.

Microsoft says it also obtains data about users from third parties, which might include data brokers.

Microsoft uses personal data for targeted advertising, personalization, research and development, and to improve its products. Your data is shared with Microsoft affiliates, subsidiaries, and vendors. It can also hand over your data in response to a legal request.

You can manage some but not all of the data that Microsoft has about you using its online privacy dashboard.

Skype by default makes users easy to find through the search feature. If you don’t want to appear in search results or recommendations, you can disable this option in your profile settings. 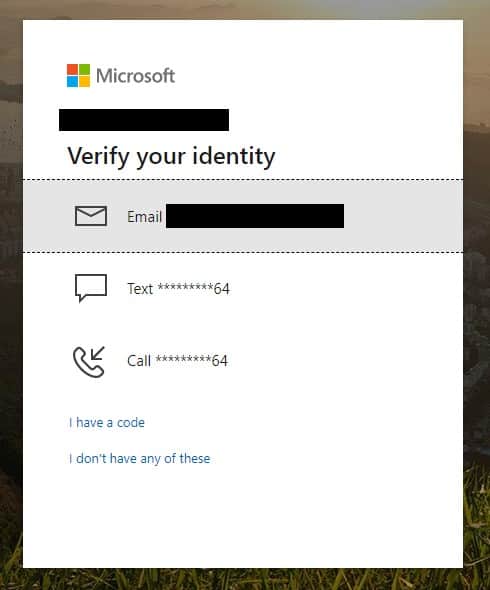 Microsoft offers all account holders the option to set up two-factor authentication. I strongly recommend doing so, as it’s a great deterrent for would-be hackers.

Two-factor authentication, also called two-step verification, requires you to enter a one-time code sent via email, text message, or authentication app, in addition to your password.

You can also opt to log in with a security key, which usually comes in the form of a USB device that must be plugged in when logging into your account.

Participants in Skype-to-Skype calls can record their calls and store them on Microsoft servers for up to 30 days. This is a built-in feature. During that time, they can download the video to use as they please. All participants will be alerted if a call is being recorded. Screensharing is also recorded.

Skype doesn’t use end-to-end encryption at all. That means every message, call, and file can be viewed by Microsoft.

Voice, video, text, and files sent between Skype users are encrypted, but only between your device and Microsoft’s servers. That data is decrypted once it reaches the server, allowing Microsoft to snoop if it so pleases. Given Microsoft’s history with the NSA, it’s best to assume nothing you do on Skype is kept private.

For each call you make, your Skype client creates a unique 256-bit AES encryption key for that session. This session key exists as long as communication continues and for a fixed time afterward, according to the company. When you place a call, Skype transmits the session key to the person you are calling and that session key is then used to encrypt messages in both directions. Again, this is not end-to-end encryption.

Calls made between Skype and normal landline or mobile phones are not encrypted at all. Voicemails are encrypted when you download them, but they are stored as an unencrypted file on your device.

In 2013 an Ars Technica investigation found that Skype “regularly scans message contents for signs of fraud, and company managers may log the results indefinitely. And this can only happen if Microsoft can convert the messages into human-readable form at will.”

Part of the investigation which saw a security researcher create specially crafted URLs which were sent over Skype’s IM system, counters Skype’s claims made in 2007 that it couldn’t conduct wiretaps because of strong encryption and complex peer-to-peer network connections.

Skype is targeted by certain kinds of malware as well as being a distribution medium for other types of malware. Although all known security vulnerabilities in Skype have been patched, we’ll cover a few past incidents here:

In February 2016, researchers at Palo Alto Networks revealed that a piece of malware called T9000 was specifically targeting Skype users. Once installed the software can record Skype video and audio calls, and upload them along with text chats to a server. There is a caveat however. Even with the malware installed, the user must still give explicit permission for it to access Skype, though it masks the request so the user doesn’t know it’s malicious. “The victim must explicitly allow the malware to access Skype for this particular functionality to work. However, since a legitimate process is requesting access, the user may allow this access without realising what is actually happening. Once enabled, the malware will record video calls, audio calls and chat messages,” the researchers said.

Keeping Skype and your operating system up to date is the best way to prevent malware. Antivirus is also helpful.

Skype is old, which means there are a lot of abandoned accounts out there. If a cybercriminal manages to hijack one of these accounts, they can use it to spread malware and phishing links to everyone in the account’s contact list. This is exacerbated by users who don’t vet their contacts and accept requests from strangers.

In 2019, the Rietspoof malware was spread primarily through Skype spam. This was a Trojan designed to infect systems so it can download more intrusive and potent malware.

Security firm F-Secure in 2016 revealed that criminals were posing as U.S. officials offering help to Swiss nationals find information on how to file for visas to visit the United States. They tricked victims into downloading the QRAT malware.

A simple rule will prevent you from ever falling victim to spam and phishing on Skype: never click on unsolicited links or attachments, especially from contacts you haven’t communicated with in a while.

Skype users can figure out callers’ IP addresses by simply listing all the TCP connections to your device. This can be done with a single command in the Windows Command Prompt, for example.

An IP address is a unique sequence of numbers and decimals that identifies a device and its location.

While an IP address in-and-of itself may not be hugely valuable, it could be used together with other personal information against someone. One workaround to this is to use a VPN to hide your real IP address.

In March 2013, Jeffrey Knockel, a computer-science graduate student at the University of New Mexico, revealed that the special version of Skype which Chinese users are forced to use — known as TOM Skype — was allowing the Chinese government to gather information on its users including information about their political beliefs, as well as censoring what they can say to one another.

In May of the same year, well-regarded Russian publication “Vedomosti” reported that both the national security agency and the police are able to tap Skype conversations without even filing a court order.

I’ll list a few of Skype’s many alternative VoIP apps from most secure to least secure: