How to watch BBC iPlayer on Kodi (from any location)

Want to stream BBC iPlayer on Kodi but not sure how to? This guide explains everything you need to know about the iPlayer Kodi addon, including how to set it up and enjoy your favorite content.
William Elcock 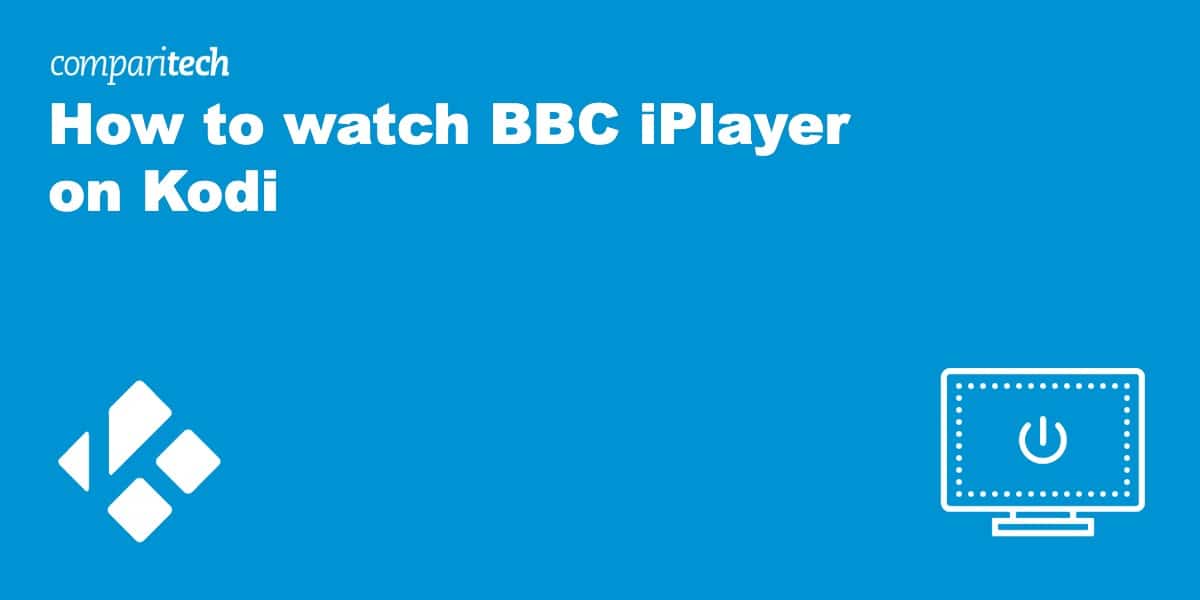 BBC iPlayer is a treasure trove of great British content. However, its web player could be more streamlined, which is one of the reasons why the iPlayer WWW Kodi addon is so popular. We explain how to watch iPlayer on Kodi, even if you’re currently traveling away from home (outside of the UK).

Note that legally, you’ll need a TV License to use BBC iPlayer, even if you’re only watching on-demand content. This fact is mentioned whenever you stream using the iPlayer website but it’s easy to accidentally click past the message when launching the Kodi addon, so we thought we’d best highlight it again here.

Like most major streaming platforms, BBC iPlayer is geo-restricted. This can cause problems for any Brits traveling abroad, since they won’t normally be able to keep watching their favorite shows. Luckily, there is a workaround: using a Virtual Private Network (VPN).

How to stream BBC iPlayer anywhere on Kodi with a VPN

VPNs route your internet traffic through servers elsewhere in the world, hiding your true location and helping you regain access to your usual content from anywhere.

Here’s how to stream BBC iPlayer on Kodi:

NordVPN is offering a fully-featured risk-free 30-day trial if you sign up at this page. You can use the VPN rated #1 for BBC iPlayer with no restrictions for a month—great if you want to binge your favorite show on a short trip abroad.

Before we can usethe iPlayer add-on, we’ll first need to install it. The BBC iPlayer addon, iPlayer WWW, is available through the official Kodi addon repository.

Here’s how to install the BBC iPlayer Addon in Kodi:

There’s a chance you might find that your BBC iPlayer Addon won’t connect properly. There are some notable reasons for this, which we’ll walk through here.

1. You’re using a VPN that doesn’t work with iPlayer

Don’t say we didn’t warn you beforehand! We’ve found through testing that the BBC effectively blocks most VPNs out there. So if you’re using a free VPN (which we highly recommend you don’t for safety and security reasons), you’ll likely have connection issues. Likewise, many paid VPN services don’t work with the iPlayer Kodi addon or any version of the iPlayer. IPVanish is one notable example here.

If you’re getting a failure to connect message, try signing up for a free account with ExpressVPN and testing again.

2. Your iPlayer WWW addon is outdated

There are several versions of iPlayer WWW floating around, as well as other versions of the BBC iPlayer Kodi addon as well. We recommend iPlayer WWW because it’s the version we found works, but you’ll also need to make sure you’ve downloaded the most recent version from the source we recommended above.

4. Your settings are incorrect

Alternatively, you can use the BBC iPlayer Kodi addon without entering your login credentials. However, you’ll just need to make sure that both Enable BBC iD and Sign in automatically are turned on in the configuration settings.

Does Kodi work on Firestick?

Yes, Kodi works with just about every major operating system and has its own native Amazon Firestick app. In fact, you can even get Kodi up and running on "just enough OS" systems like Raspberry Pi, so the options are near limitless.

Kodi itself is just a computer program that collects and organizes your media. However, it has a bad reputation thanks to people selling "fully loaded" boxes that come with piracy apps pre-installed. As long as you only use official addons (ie. those requiring a login or those that only show free-to-air content), there's no reason you should get into any legal trouble.

What is the difference between Kodi Krypton, Leia, and Matrix?

Every time Kodi has a large update, it is given a new name starting with the next letter in the alphabet. For instance, Kodi 17 was called Krypton, 18 was called Leia, and 19 was called Matrix.

So what does this mean for users? Well, not much. For simplicity and security, it's always best to use the latest version of Kodi available. You can  also safely assume that just about every addon built for Kodi 16 (Jarvis) is broken, so sites that talk about these are likely hopelessly outdated.