The 2021 NBA Draft can be streamed on Kodi from anywhere in the world this year. Here are your best options to watch the NBA Draft on Kodi, some of which may require a VPN if you're outside of the US.
Sam Cook Data journalist, privacy advocate and cord-cutting expert 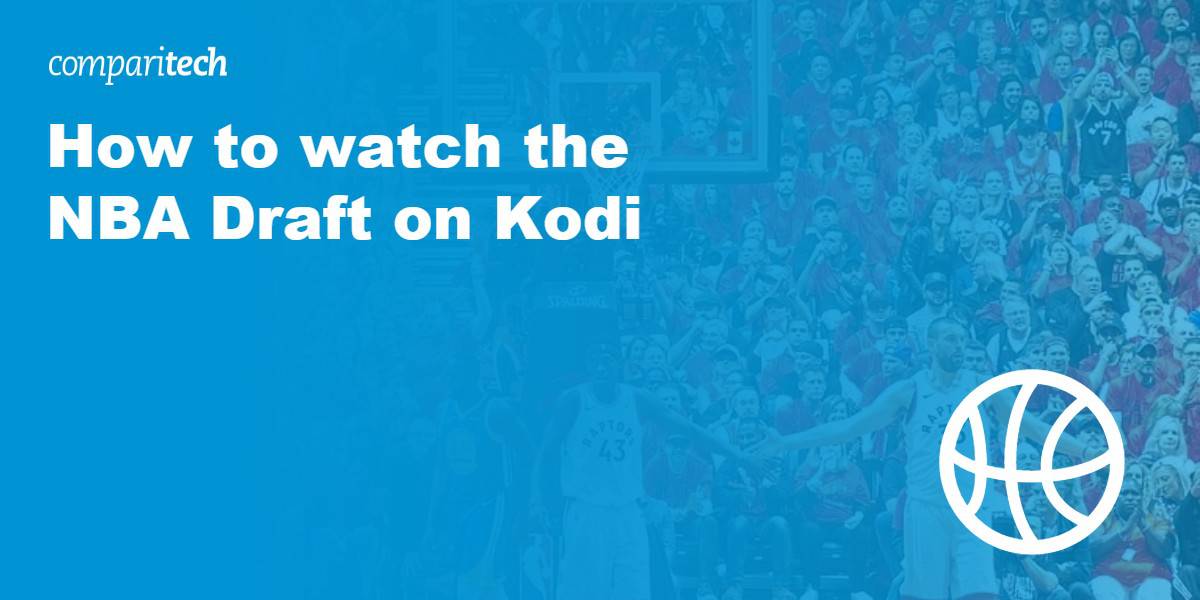 After a 50-year absence from the NBA Finals, the Milwaukee Bucks finally clinched a 4-2 win over the Phoenix Suns. We’re now headed to the next big basketball event: the 2021 NBA Draft. Live streaming access to the event is limited, but you can still watch the NBA Draft on Kodi if you’re using the right addons and services.

Important note: Our guide only recommends official Kodi addons. The NBA Draft is one of the biggest NBA events of the year, especially during a global pandemic. Limited access means some sports fans turn to unofficial streams. However, several official streaming options let you watch the NBA Draft on Kodi, without the unreliable streams from addons that could put your privacy and security at risk.

If you’re traveling abroad you will need a VPN to watch the 2021 NBA Draft on Kodi in Canada, the UK, or anywhere else outside of the US. We’ll explain how and which ones work.

If you’re in the US, you can get streaming access to the NBA Finals through ABC and ESPN. Several services offer ABC and ESPN streams, but you may need to sign up for free trials if you want to watch at no cost. Those outside of the US may still be able to access these services, but a VPN will be required. For all users, a VPN can help prevent ISP speed throttling and other data snooping that ISPs may engage in.

Here’s how to watch the NBA Draft on Kodi with a VPN:

No Kodi addon is perfect. We can’t guarantee that you’ll be able to access any of the Kodi addons from abroad, or through a VPN. We recommend that you test your options before the 2021 NBA Draft is scheduled to begin, to give yourself time to explore alternatives.

There’s just one option available to watch the 2021 NBA Draft for free on Kodi. You’ll need to sign up for a free trial in order to stream for free. All streams carrying ESPN will be region-locked, so a VPN will be necessary if you’re outside of the US.

You’ll need two channels to watch the 2021 NBA Draft this year: ABC and ESPN. If you’re in the US or abroad, ABC is accessible for free through Locast, which you can stream through the Stremium Kodi addon.

For ESPN, you’ll need to sign up for a cord-cutting service that offers ESPN in its package. The only standalone service for that on Kodi is Sling TV, but you can also sign up for Vidgo to get ESPN and watch it through the Stremium Kodi addon. You can also watch Sling TV using Stremium, as well.

Too limited? The 2021 NBA Draft is also available through one of many other streaming sources we’ve covered.

Sling TV is an internet TV streaming service that gives you access to a selection of channels, including ESPN.

To get ESPN through Sling TV, go to the Sling.com website. From there, sign up for the Sling Orange subscription (which carries ESPN; Sling Blue does not). A regular Sling TV subscription is available at a huge discount that gives you the first month for $10.

Locast – Round 1 NBA Draft for free through ABC

Locast is an amazing service offered completely for free (although heavily ad-supported). The biggest problem with Locas is that it’s only available in a handful of US cities. If you live in one of the cities where Locast is available, getting ABC and Round 1 on the 2021 NBA Finals is easy. Sign up to Locast, download the Locast add-on from the Kodi Addon Repository, then use your Locast login credentials.

Let’s say you’re like most people, however, and you don’t live in one of the cities where Locast is available. You’re still in luck.

Here’s how to get Locast live anywhere in the world:

Once successfully set up, you can access Locast easily from Stremium. As well, assuming you’ve set everything up correctly, you don’t even need to use a VPN to continue spoofing your location to access Locast.

That said, you may need to pair your Locast account with Stremium again in the future if the cookie it’s using to keep the login active ever expires. If so, just follow these steps again (except without making new accounts).

How does the NBA Draft work?

The NBA Draft works by giving teams an opportunity to pick players from an available line-up of draftees. The 14 teams with the worst record are entered into a lottery for first picks. The two-round lottery took place in May, with the Detroit Pistons getting the first draft pick as a result. You can see the entire draft order on NBA.com.

Teams will pick from the available players who are currently unsigned to a team. Most of the best available draftees earned automatic entry into the draft after meeting the automatic entry criteria (which includes having 4 years of college or playing professionally for a non-NBA team from outside the US, among other criteria).

Other players are available for the draft after submitting their names as an "early entry" player and attending an NBA draft camp to determine their draft rank and scoring.

To learn more about the best available players to watch for this NBA draft, use ESPN's official NBA Draft page.

The Detroit Pistons got the first draft pick for 2021 after an abysmal 20-52 loss record this year. The Houston Rockets have the second pick.