How to watch the NCAA Frozen Four 2021 on Kodi

Want to watch the NCAA Frozen Four and Championship games on Kodi, but don't know where to start? Below, we've detailed the best options to watch the Frozen Four on Kodi without having to pay a dime.
Sam Cook Data journalist, privacy advocate and cord-cutting expert 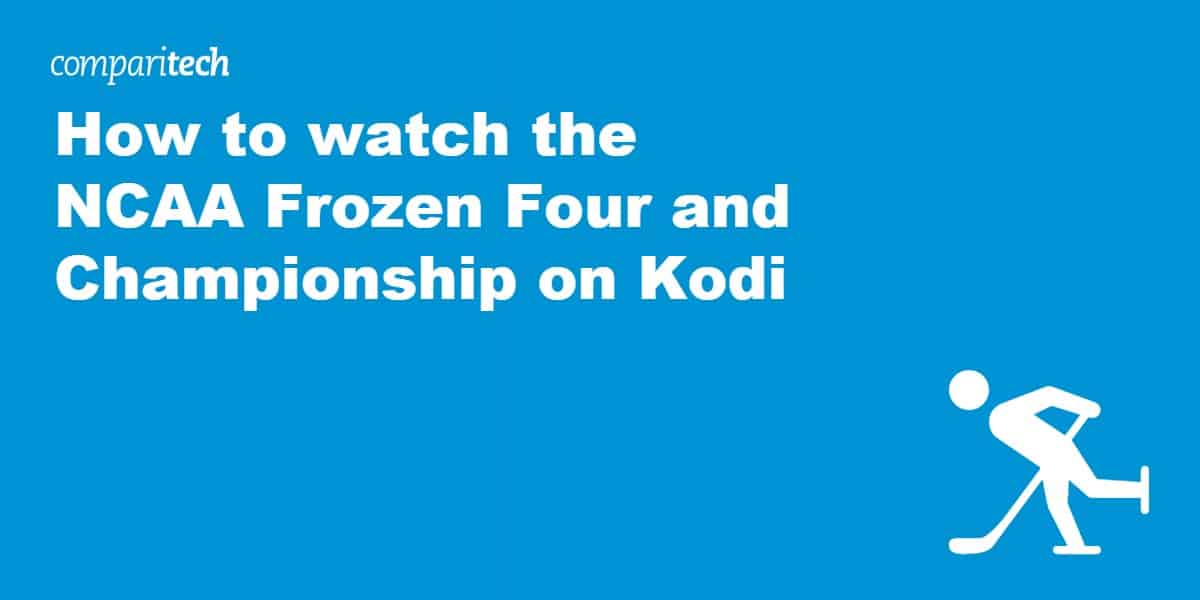 With the NCAA Basketball tournament over and COVID on the wane, college sports fans can now turn their attention to the ice. The 2021 NCAA Frozen Four (Minn. Duluth vs. Massachusetts and Minnesota vs. St. Cloud State) makes its way back to TV after a 2020 hiatus, with both Frozen Four games scheduled back-to-back on April 8 starting at 5 PM EST. The Championship game will follow two days after on April 10.

If you’re hoping to catch this game streaming live online, you can watch the NCAA Frozen Four on Kodi using both free and paid options.

Both NCAA Frozen Four games will broadcast on ESPN2 (the Championship makes its way to the core ESPN network). As it’s a cable TV network, your options to get ESPN2 are limited, but there are some alternatives available through Kodi that we’ll explore below.

Important note: Our guide only recommends official sources for the NCAA Frozen Four. Because there are limited options to watch the Frozen Four online, users can expect multiple unofficial streaming sites to offer the games. We recommend users avoid these options, as they not only provide inconsistent and choppy streaming experiences but are often hosted on websites carrying malware and other privacy concerns. The official options available through Kodi will not only have high-quality streams, but you can use a VPN to connect from anywhere in the world, while you can also avoid ISP speed throttling locally and internationally.

RELATED: If you are not a Kodi user we have a guide to watching the NCAA Frozen Four online outside the US.

The 2021 Frozen Four and Championship games won’t be “free” on ESPN2, but you can use Kodi to watch them without paying a dime if you’re using the below methods.

Here’s how to stream the NCAA Frozen Four live online with Kodi:

You may also want to do a few trial runs of your VPN software and Kodi addons before the NCAA Frozen Four and Championship games begin. This will ensure your options are all working and will give you time to find alternatives should it be necessary.

Those Kodi users outside of the US who want to watch the 2021 NCAA Frozen Four may need to connect to a US-based VPN server.

How to watch the 2021 NCAA Frozen Four free on Kodi

Kodi is a great option to watch the 2021 Frozen games since there are a few easy-to-use options with free trials. If you sign up to the following streaming service before April 8, you’ll be able to maintain your free trial through April 10. This will let you watch ESPN2 for free, and you can cancel your subscription before the free trial ends.

Sling TV offers live TV without a cable TV subscription. You’ll get ESPN2 through the Sling Orange package, which you can usually get with a 3-day free trial. If Sling TV is running a special deal on its services when you go to sign up you likely won’t be offered a free trial, and there’s no money-back guarantee either.

Assuming Sling TV is available with a free trial, you can sign up to watch the Frozen Four and Championship games, then cancel your subscription afterward. If you’re traveling outside of the US, you may be able to sign up while connected to a VPN and with a US-based credit card.

This rounds out your list of available options to watch the Frozen Four on Kodi for 2021. That said, there are still numerous methods to get access to ESPN2. The network is available on many live TV streaming services with no Kodi add-on, including fuboTV, Hulu + Live TV, and YouTube TV.