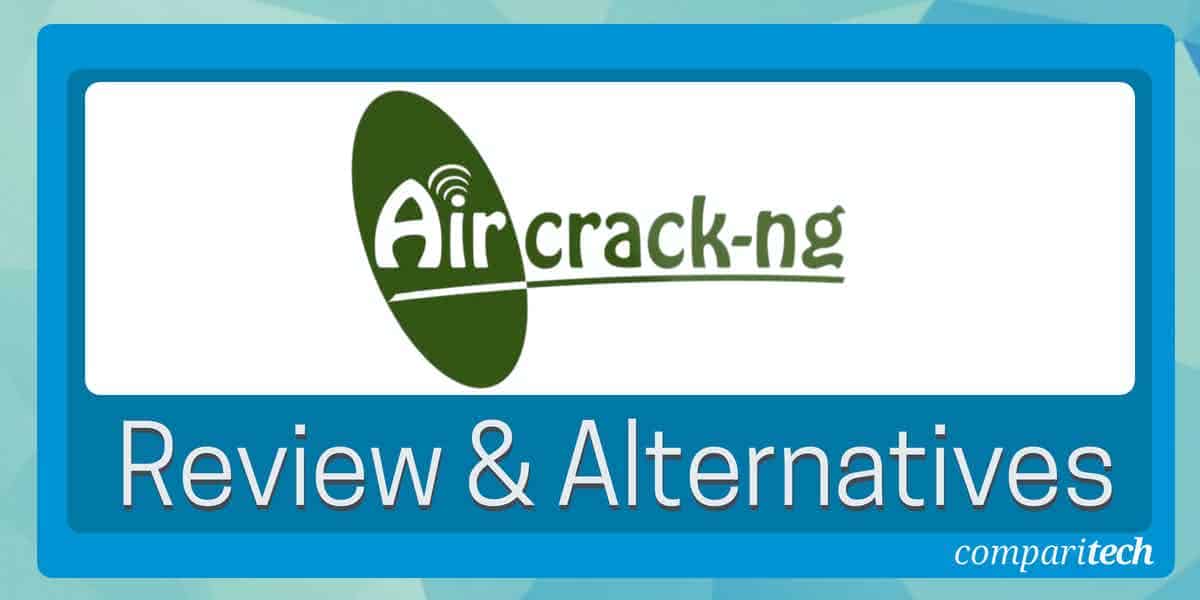 Aircrack-ng is a well-known scanner that can show the signals and traffic on WiFi networks. Unfortunately, the tool can also transmit packets, and it has a reputation for WEP “encryption key recovery” – which means security cracking.

Aircrack-ng is an old system and, as a tool developed for skilled technicians, it doesn’t have an excellent interface. There is no graphical user interface for Aircrack-ng, just a command-line system. This makes the tool difficult to use and easy for rival systems to beat.

The development of Aircrack-ng

Aircrack-ng was first released in April 2006, and it was developed by Belgian uber hacker Thomas d’Otreppe de Bouvette, also known as Mister X. The system was based on an earlier utility, called Aircrack and the “ng” in the name of the new service stands for “next generation.”

Of all his projects, Aircrack-ng is de Bouvette’s most tremendous success. This tool was periodically redeveloped, with the latest release in January 2020 – Aircrack-ng 1.6. By contrast, OpenWIPS-ng hasn’t been updated since its release in 2011 – it is still officially in its Beta version.

Aircrack-ng is one of the penetration testing tools that are built into Kali Linux.

Aircrack-ng is composed of 20 individual utilities. These are:

Here are a few quick notes on the terminology used in the above descriptions:

The software for Aircrack-ng is available on the utility’s website. But, first, go to the Aircrack-ng Download page to get the installer.

There are two versions of Aircrack-ng for Windows on this page. One of them requires the user to create a DLL to connect the Aircrack-ng software to the computer’s wireless NIC. The expectation that potential users would be prepared to take this step, or even know how to, demonstrates the exclusivity of the Aircrack-ng community. Unfortunately, the creator of this tool isn’t going to make using the utility easy.

Users of Linux, Unix, and macOS can download the source code and compile it. If you have Kali Linux, you already have Aircrack-ng on your computer.

Aircrack-ng is a classic hacker tool. But, like most classics, it is old, and so much of the excitement of getting this famous hacking system for free dissipates when you find out that the designers of WiFi know all about this system and have taken steps to block it.

Aircrack-ng is an excellent tool to use on wireless networks that use the WEP protection standard. The only problem is that WEP was deprecated in 2004. So there are some routines in Aircrack-ng that operate on the WPA network, only that standard isn’t used anymore, and those utilities don’t work anyway.

So, you’re probably feeling a little deflated at this news and wish you could find a different wireless hacking tool that works. Fortunately, there are better systems out there that provide a better alternative to Aircrack-ng.

What should you look for in an alternative to Aircrack-ng?

We reviewed the market for wireless network scanners and assessed the options based on the following criteria:

We have compiled a list of good wireless network sniffers that should help you spot signal footprint, strength, and traffic volumes with these selection criteria in mind. However, if you are looking for a system that can crack wireless network encryption keys, you will have to wait a while longer because such services haven’t been invented yet.

Here is our list of the six best alternatives to Aircrack-ng: