What is a Continuous Profiler?

A continuous profiler gives you insights into code under development. Find out whether your project needs one.
Stephen Cooper 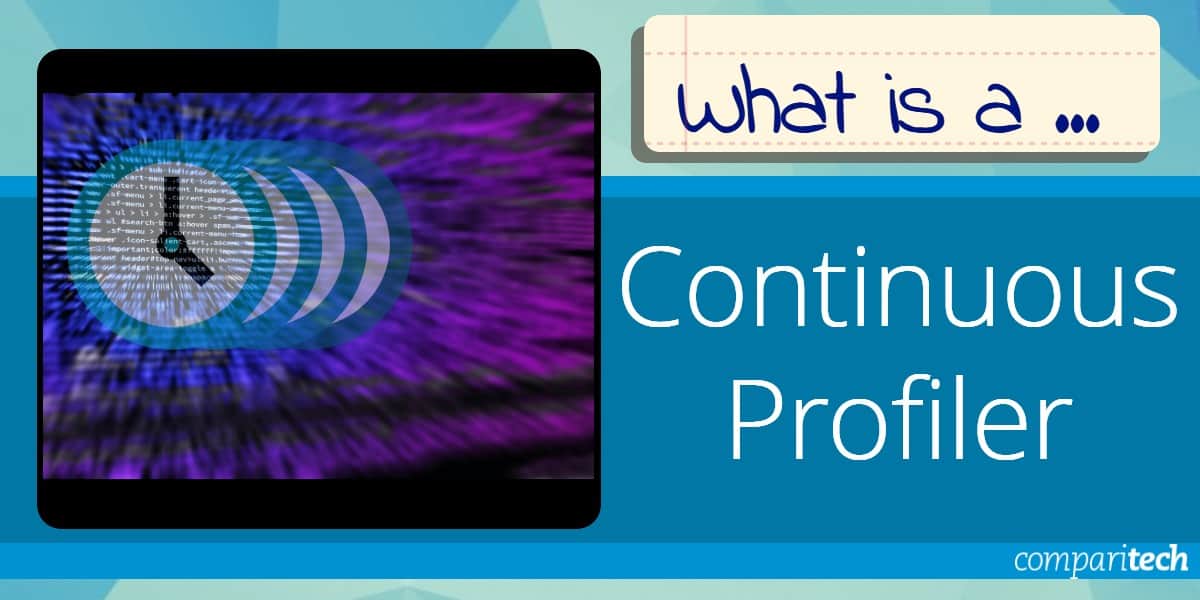 A continuous profiler is a code development support tool. This system runs through, noting the resources that each line requires. This type of service lets developers see the effects of each function in a program, and so they can trace the root cause of performance problems, which might be due to clashes with locks on resources held by other software.

Here is our list of the four best continuous profilers:

The continuous profiler gives a live insight into the operations of the code that programmers traditionally would put in debugging messages to reveal.

Although developers mainly use continuous profilers, they can also be helpful during system testing, acceptance testing, and operations. The feedback from a program running in different environments will change according to various resource capacities and other software that competes for the same resources.

It is expected that a production test will reveal problems that weren’t apparent in the test environment. These revelations can result in programs being sent back to the development team for rework.

Why use a continuous profiler?

A continuous profile offers an automated testing service that analyzes resource access and doesn’t look for coding errors. Instead, the profiler report zooms in on the parts of the program that seemed to present problems. Resolving these problems can avoid resource locks and also help code to run faster.

Continuous profilers specifically look at CPU, memory, and I/O interface activity. They record the time spent on the CPU and the percentage of the CPU capacity that the code used. I/O demands, memory allocation over time, and the total time a task takes to complete is also recorded.

There aren’t any specific guidelines over how much CPU or memory a process should use. However, in many cases, it is clear to see spikes in utilizing those resources during the execution of the code.

Although an examination of the way a program runs when it is under development can be helpful, those tests aren’t conclusive. Even during acceptance testing in a sandbox environment, you don’t get a complete picture of how a program will perform when it is live. This is because continuous profilers are usually deployed once an application has moved to production.

Even once the software is running live, its problems might not become immediately apparent. For example, the combination of software all running simultaneously can cause problems, and those resource issues won’t always occur. So, the software might be running for some time before it encounters a specific set of circumstances with a precise combination of other software running that creates a problem. The issue arises whether the new program needs to be adjusted or one of the other packages contributed to the resource shortage.

This means that the continuous profiler would have to be run, as the name implies, continuously to spot problems. Of course, there might never be any problems, so you are running this system testing software constantly for no real benefit. If you have system monitoring tools in place, then you would catch server resource shortages. If you have an application performance monitor, that would tell you which piece of software is pushing the processor over the edge.

There are two types of continuous profiling tools. These are sampling profilers and instrumenting profilers.

A sampling profiler doesn’t take a constant reading of the CPU and memory utilization. Instead, it periodically checks, which is where the name “sampling” comes from. The profiler also looks at the application’s call stack, which extracts the line of the code running at that moment.

An instrumenting profiler is an automated version of what programmers traditionally do to debug a program. That is, it inserts messages and system tests that write out to a log file.

The procedures of the instrumenting profiler system can create a lot of overhead and generate a lot of feedback data. Therefore, this type of profiler is less popular than the sampling profiler.

The continuous profiler offers a trace of resource usage with a record of the point in the code that the program had reached that moment. These profiles can be run for a period. It is then standard practice to compare profiles against each other. This lets you see anomalies. If, for example, you get similar CPU and memory activity repeatedly and then get a spike in metrics, then you can return to that point in time and see exactly what was running.

Some continuous profiling systems will perform comparisons for you. Another option is to feed the output from the constant profiler into a data analysis tool, such as Splunk, to compare operating periods for variations in performance.

As the value of code execution profiling requires establishing a baseline for performance, you should also start and stop the trace. Choosing times for profiling is known as ad-hoc profiling rather than continuous profiling. The decision over when to perform these traces is a personal one. An alternative strategy for ad hoc profiling would be to sample daily periods at regular intervals over a week. The starting and stopping of the trace can then be automated on a schedule.

A frequently-used layout for communicating the results of a continuous profiler is the flame graph. These show the consumption of a resource, such as CPU capacity as a stack with the longest-running processes at the base, tailoring up to the shortest-running process at any given time. The coloring chosen for the flame graph is often yellow, orange, and red, emphasizing the name of this visual format. 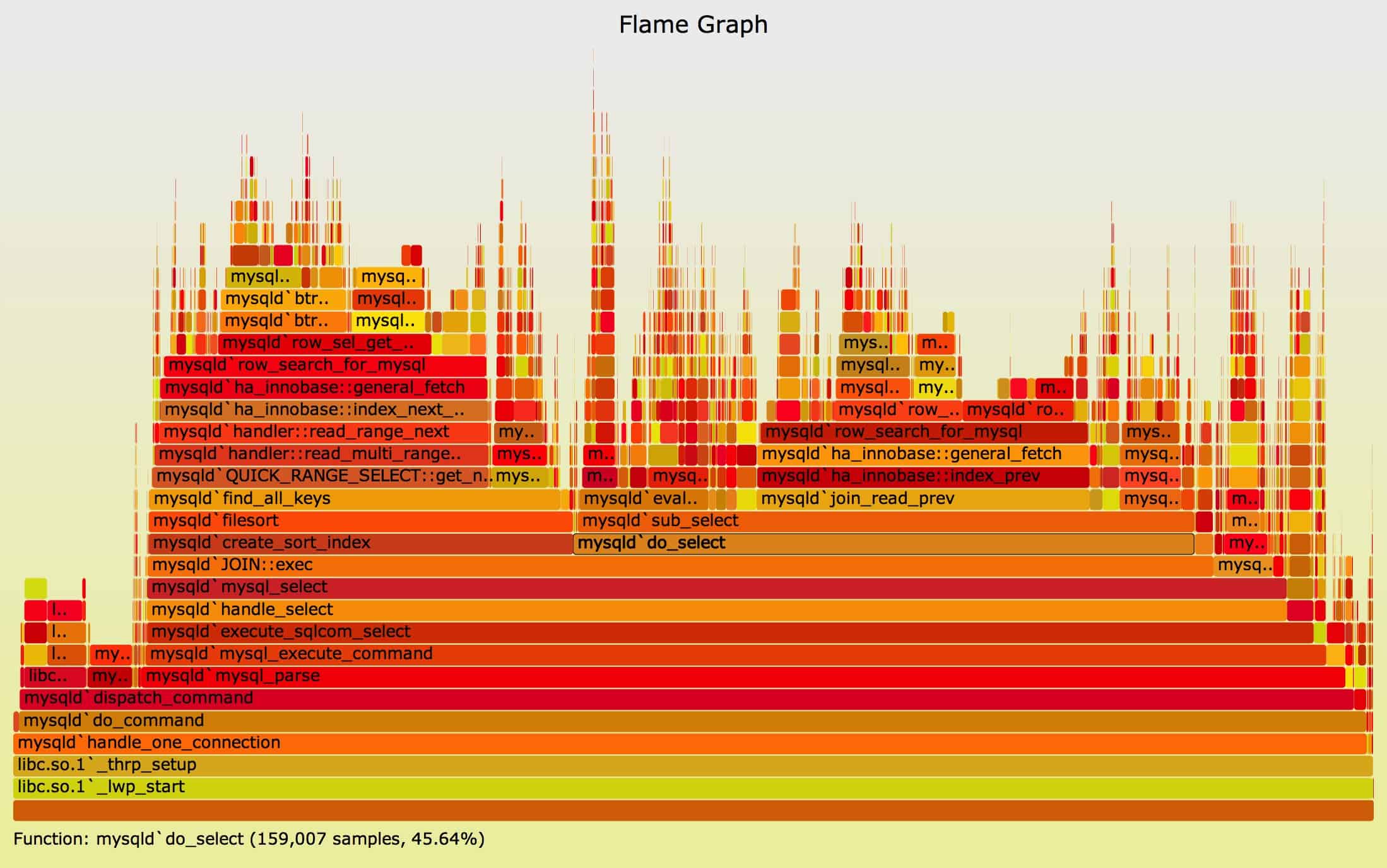 What should you look for in a continuous profiler?

We reviewed the market for continuous profiling tools and analyzed the options based on the following criteria:

Using this set of criteria, we looked at available continuous profiling tools. Unfortunately, there aren’t many systems available, but we have made sure to include standalone tools and continuous profilers that are part of a more comprehensive suite of system monitoring and management tools. 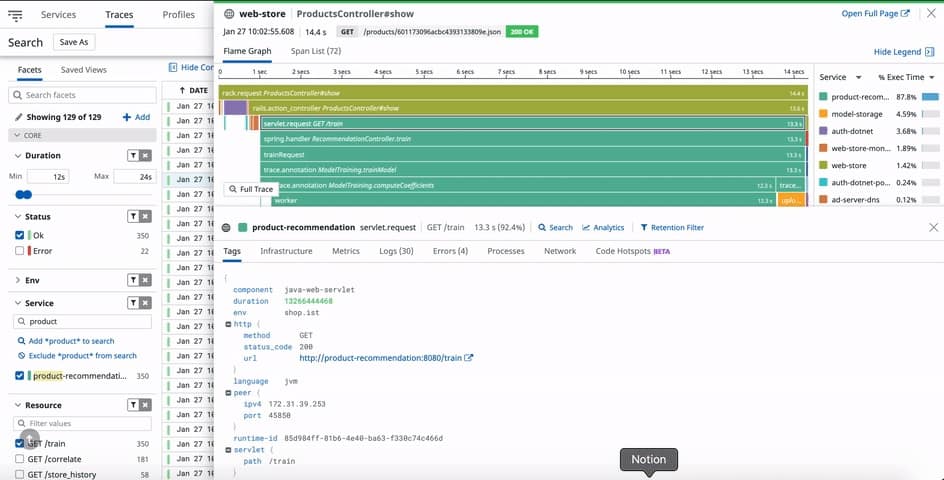 Datadog is a SaaS platform that offers different modules for system monitoring. One of the plans available from this platform is the Application Performance Monitor + Continuous Profiler. Combining these two services lets you leave the APM constantly running while using the profiler for specific periods that show worrying performance issues. The Continuous Profiler uses the same technology that Datadog applies to distributed tracing for microservices.

The Continuous Profiler is meant for use in production. It can work through code written in .NET, Python, Go, Node JS, C++, Java, Ruby, and PHP. 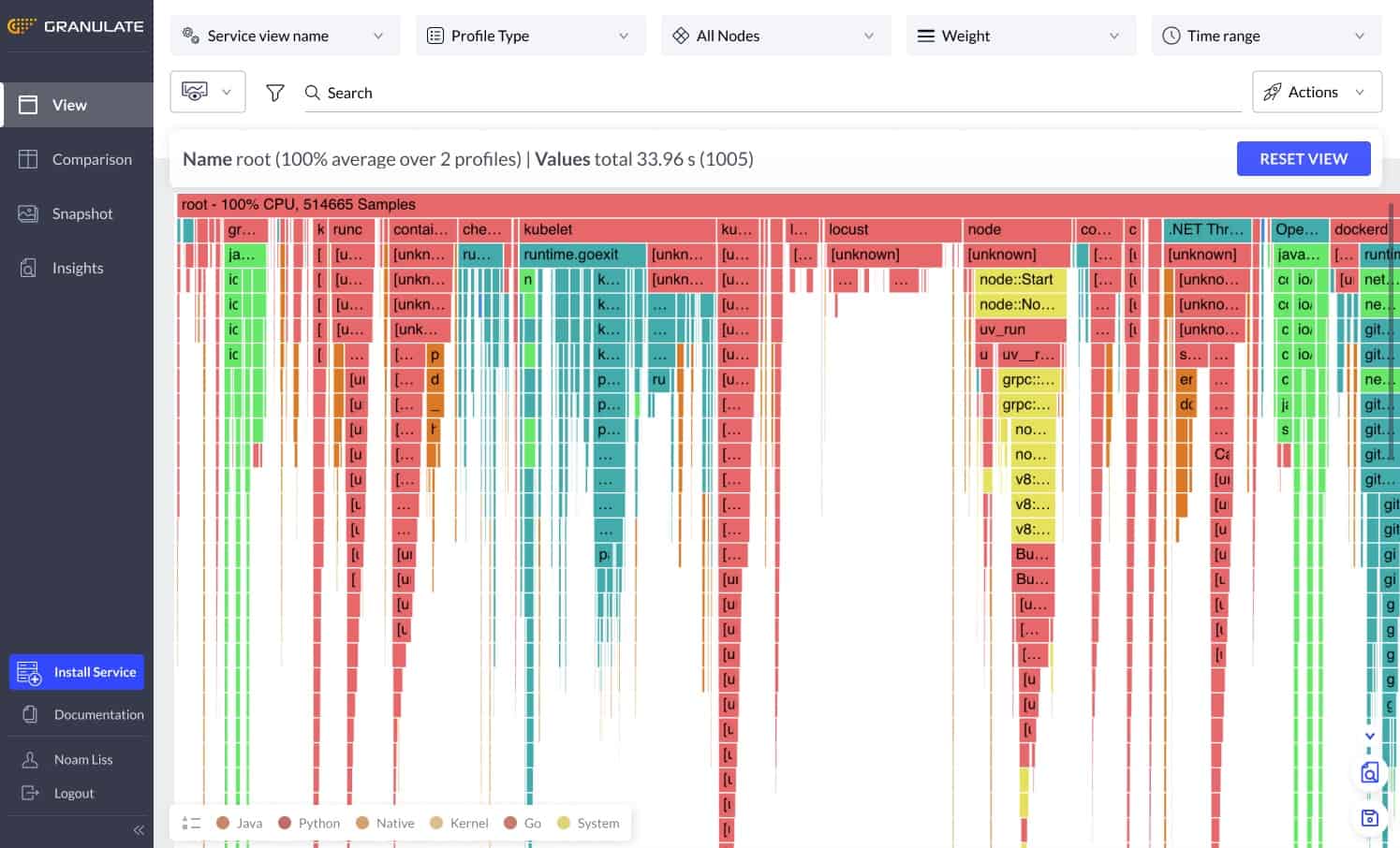 Granulate is a system optimization platform and offers an additional tool in its continuous profiler called gProfiler. The system is available on a range of media, with installation on the platform you want to implement profiling; this includes Google Cloud Platform, AWS, Azure, and on-site servers over Docker. This system is designed for the profiling of live applications.

The gProfiler can look through Java, Go, Python, Scala, Clojure, and Kotlin. It is intended to be set to run continuously rather than on an ad-hoc basis.

The gProfiler is a free, open-source system, but it can be included with a subscription to the central Granulate platform, giving you performance analysis and optimization actions. 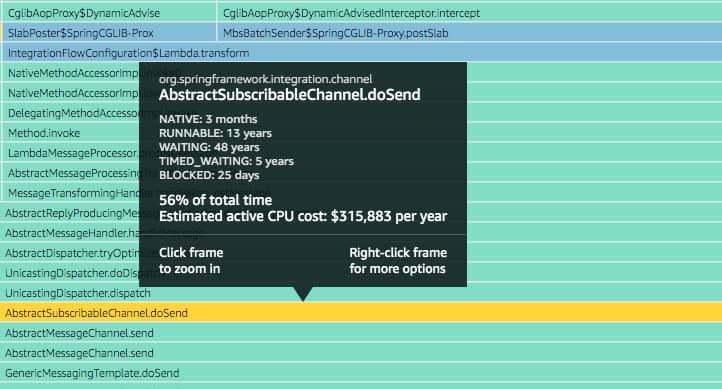 Amazon CodeGuru is available to analyze programs hosted on the AWS platform or your site. The system is available in two versions: CodeGuru Reviewer, for use by developers, and CodeGuru Profiler, for use in production. In addition, the system can scan code written in Java and Python.

CodeGuru Profiler performs baselining as it captures statistics, so there is no need to create a snapshot of regular activity to compare ongoing performance too. In addition, the package uses Machine Learning routines to make this standard for each application rather than expecting a typical performance profile.

The service will track the performance of code running on Amazon EC2, Amazon ECS, AWS Fargate, Amazon EKS, AWS Lambda, or on-premises. The tool mainly focuses on CPU utilization, and the analyzer included in the package will recommend changes to code that will improve performance and efficiency.

Amazon offers both of the CodeGuru services for free for 90 days. 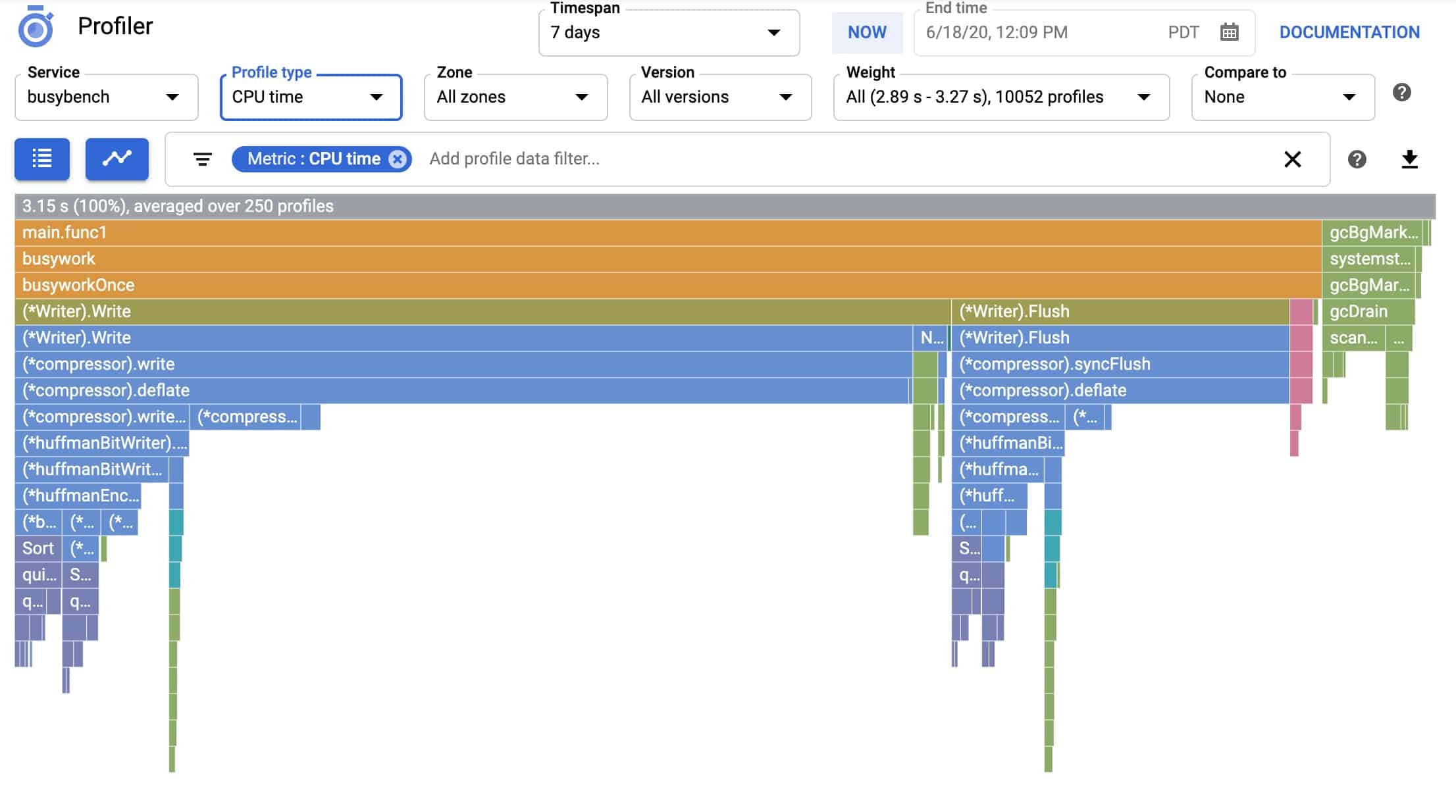 Cloud Profiler from Google is a free service for customers of Google Cloud. Although this system is hosted on the Google Cloud Platform, it can perform continuous profiling for programs running on AWS and Azure. It can also trace the performance of applications running on your servers.

The Cloud Profiler is intended for use with applications that are running in production. It tracks activity in the CPU and memory. It is designed to be left operating continuously, and it uses the sample profiling strategy. The system has two elements – an agent and a server, which include the dashboard.

The console for the system shows live time-series graphs, including a fire graph. It also makes traced statistics available for later analysis. In addition, the system can profile code written in Java, Go, Node.js, and Python.