Detectify has a unique model for exploit discovery. Find out whether this vulnerability scanner is worth considering.
Stephen Cooper 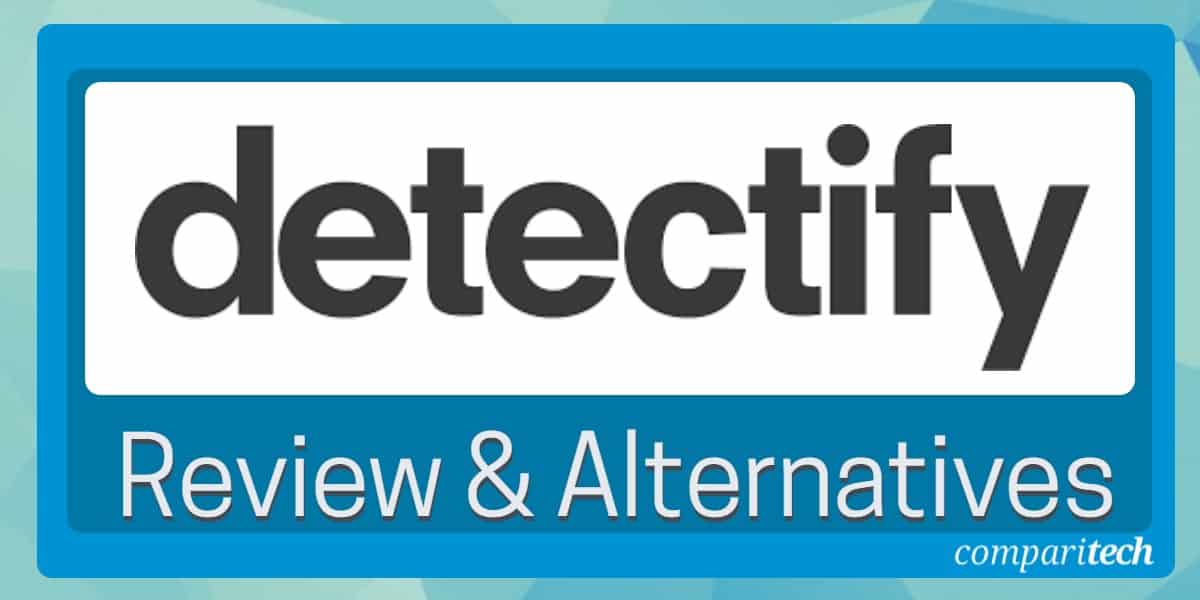 While most vulnerability scanners look for well-known exploits, such as SQL injection, Detectify has a different approach. The company has created an agency to reap the research of “white hat hackers” and discover new weaknesses that could secretly allow hackers to damage systems.

Detectify AB is a Swedish company that started operations in 2013. The company’s founders included a white hat hacker and builds on an established open-source cybersecurity research method – the bug bounty.

Behind Detectify is an organization called Detectify Crowdsource. This is a system in which anyone can register and then report a security weakness. Suppose that weakness isn’t already covered in the Detectify library. In that case, it gets added, and the contributor earns a fee every time that weakness is discovered in a client system during a vulnerability scan.

The open-source security research mechanism behind Detectify is the company’s unique selling point. It is constantly adding to its list of known vulnerabilities, and it doesn’t share these with the wide cybersecurity industry. Better yet, Detectify has no upfront costs in running a research team. Penetration testers only get paid if they discover a new exploit.

Discovering product-specific weaknesses can be a waste of money for cybersecurity companies because as soon as that producer learns about the problem, it issues a patch and that weakness no longer exists. Essentially, all software producers get free system testing services from the cybersecurity companies operating research labs. By turning itself into a middleman, Detectify has eradicated the high cost of research and passed the risk of never recovering research costs to individual technicians.

The cybersecurity industry has been deploying bug bounties for some time. This offers a prize for anyone that can find a weakness in a specific system. In short, this can work out cheaper than contracting a penetration testing team because the commissioner only has to pay one fee and potentially gets the services of a vast number of white hat hackers.

Anyone attempting to break into a system to claim a bug bounty is essentially accepting a bet. The work of those who do not fail. Only the few that manage to find an exploit get any money for their efforts.

Naturally, companies that issue bug bounties are already aware of all the exploits, such as the OWASP Top 10. These are the security flaws that every vulnerability scanner searches for. Therefore, a company that offers a bug bounty will have already closed off all of its vulnerability scans revealed exploits. Thus, only those hackers that discover new weaknesses that cybersecurity firms don’t already know about will stand a chance of making money from the challenge.

A bug bounty is usually an ongoing offer, so the company offering it gets constant confirmation that its security systems are working. They don’t have to pay anything for that verification, so the cost of paying out when security is finally compromised is a small price to pay.

By setting up Detectify Crowdsource, Detectify has a permanent bug bounty system operating. Thus, it will always have a more extensive library of exploits than regular vulnerability scanning services. As the company doesn’t pay a lump sum, but a commission, a rarely encountered exploit doesn’t cost them anything.

Detectify’s agency model means that it can list an infinite number of potential weaknesses that could be exceptionally, very rare, and would otherwise be uneconomical to bother with. Even if a software producer closes off an exploit, that error is still worth searching for because there might be many installations in the world that haven’t applied the patch that fixes the problem.

It is possible to take out a subscription to both Deep Scan and Asset Monitoring. However, this still won’t fully model the Get It All plan because that top system is a customized proposal and includes added consultancy services.

The Deep Scan system is suited to DevOps environments. It offers on-demand, scheduled, and continuous scanning, ideal for integration into a CI/CD pipeline.

The scanner can be invoked either for an on-demand run or through an autodiscovery process. Identifying all assets and scanning is also possible to get the system running by loading up a list or getting a feed from a platform like AWS Route 53 or Google Analytics.

However the system is run, the scan results give you a list of assets identified (which could be just one) and an assessment of the security of each. Any weaknesses can be fixed using the guidance that accompanies the results report.

The Deep Scan knowledge base is constantly updated by discoveries contributed by the Detectify Crowdsource system. The service also deploys the concept of fuzzing to test a range of input options and test the application’s reactions.

The main benefit of the Deep Scan system is its ability to work as part of a DevOps project system. Integrations with Jira, Slack, Trello, OpsGenie, Webhooks, and Splunk make it possible to automate test launches and feedback paths. This makes the automated launch of application security testing possible.

Detectify Asset Monitoring is an external scanning service that doesn’t rely on dynamic testing strategies; in fact, that system advertises itself as a service that catches vulnerabilities that a DAST method would miss.

This service is run from the dashboard of the Detectify SaaS platform. The user inserts a URL into a field in the dashboard and then turns on automatic scanning. The vulnerability manager will start a discovery service that chains through all pages in a given website and identifies all components. It then looks for the location of those services and scans them for lower layers of supporting functions. This recursive process continues until all supporting infrastructure has been traced.

Like Deep Scan, Asset Monitoring can be linked to project management tools, such as Jira and Slack. The scan results can also be fed to crucial personnel, including recommendations for fixes to identified problems.

How much does Detectify cost?

The two lower plans of Detectify have subscription pricing. The Enterprise package is more of a negotiated service that may incur one-time fees and ongoing subscriptions.

The base prices for Detectify services are:

Both plans can be experienced on a two-week trial.

Detectify is only available as a SaaS platform. That means you access the service through a dashboard hosted on the Detectify server, and its processing functions are all run there.

A series of integrations make the service interact with other tools. This is particularly important in the CI/CD pipeline deployment options for Deep Scan. You can install free plug-ins for the system to interact with apps such as Jira, OpsGenie, and Splunk.

Here is a summary of the good and bad points of a Detectify subscription.

Detectify’s unique method of gaining extra intel on system security through its Detectify Crowdsource system is hard to beat. This service means that the Detectify vulnerability scanner will always have access to information about security weaknesses that other research labs have not yet discovered. What’s more, the system finds new opportunities for damaging Web applications without any outlay on funding a research team, so the company can keep its costs low and undercut similarly thorough vulnerability scanner providers.

Other innovative methods available for discovering zero-day exploits and other security testing services could offer better strategies than those provided by Detectify.

Here is our list of the five best alternatives to Detectify:

There are potential flaws in the Detectify bug bounty strategy. The lack of an upfront prize means that the low reward offered by the service doesn’t necessarily attract all of the intel gathered by its registered researchers. A white-hat hacker might make money over time through Detectify through its commissions’ system, but that might not be as immediately satisfying as perhaps selling the new attack concept on the Dark Web for an upfront payment.

In short, while Detectify’s Crowdsource strategy looks good on paper, it could just be picking up the low-value exploits that the hackers of the world discover. Instead, it offers a bargain bin for hackers who work out that they can’t make much money for some of the exploits that they find out.

It is worth looking into the capabilities of Detectify, but it should also be benchmarked against alternative Web application security testers before you decide to buy.