Ettercap is a penetration testing tool. This system helps you gather information on Web applications and test their security.
Stephen Cooper 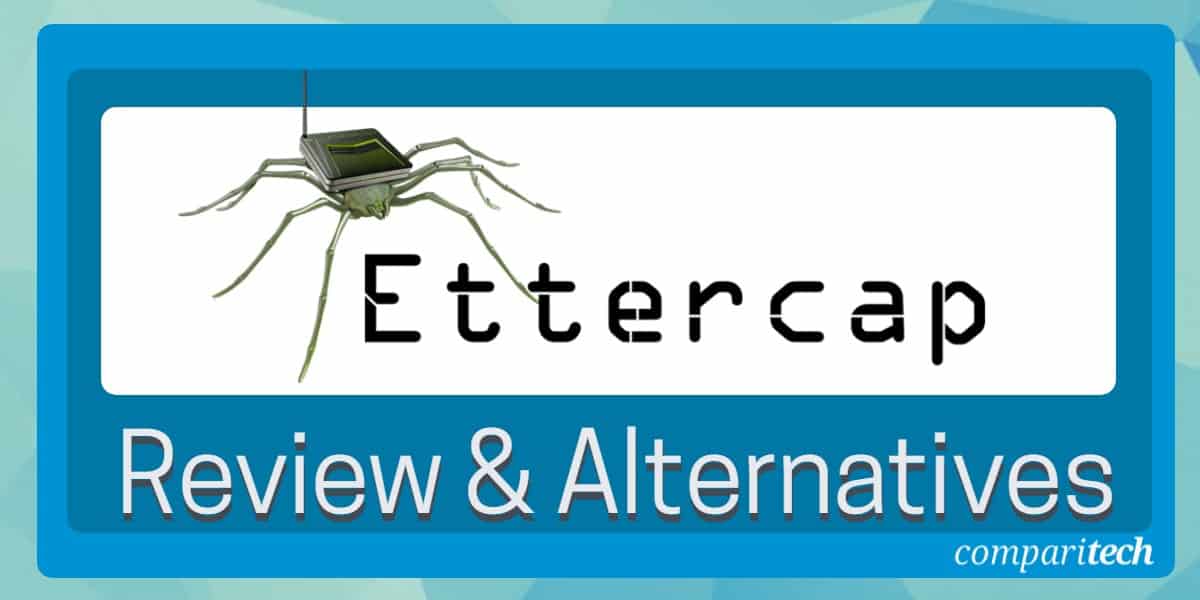 Ettercap is a well-established penetration testing tool. This system has been available for free since January 2001. A group of volunteers maintains the system. Alberto Ornaghi and Marco Valleri developed the software. Both of these innovators have full-time jobs elsewhere and didn’t set up a company to market Ettercap. So, there is no commercialization for this project and no sponsoring corporation.

The lack of a big budget means that the Ettercap project struggles to keep its software up to date. For example, although there is a version of Ettercap for Windows, the software hasn’t been updated to allow it to run on Windows 10.

What does Ettercap do?

Ettercap is designed to test the security of Web applications. The service works through ARP poisoning. This fools the computers on a network to send its internet-bound traffic to the Ettercap host. This allows the operator to pass traffic through, alter some data, or block transmissions entirely.

The most common activity that Ettercap is used for is the man-in-the-middle attack (MITM). A MITM attack can be instrumental as a research activity because it can gather credentials that will enable a hacker to install malware or remote access Trojans on a target system. However, a significant weakness of this strategy is that Ettercap is only effective if it is already on a computer within the target network. Therefore, Ettercap should be considered an aide to lateral movement within a compromised network rather than a system that will get you in.

How does Ettercap operate?

Ettercap runs in GUI environments through its console. However, the interface has a menu structure, which offers quick access to many of the commands needed to run an Ettercap attack. It is also possible to open a Command Prompt window and access the utility from there.

Ettercap gets a list of devices connected to the network and presents this list to the user. The operator can select one or many of these devices as targets. The user then has to identify the router on the network. Setting this as the second target address gets Ettercap to present the host computer ads the router only to those devices selected by the user. All of the other computers on the network will continue to work with the standard router.

Ettercap has a nice trick up its sleeve, which forces target computers to switch from HTTPS to HTTP for Web traffic. This is important because the payloads of HTTPS packets are fully encrypted. Getting the target to use HTTP instead makes all packet contents travel in plain text, allowing their contents to be read.

This diversion of traffic presents several opportunities. The user can just look at passing packets, save them into a file with analysis with another tool, or intercept certain packets. It is possible to edit the contents of packets and resend them. It is also possible to block all traffic from those target computers while allowing all other devices to have unrestricted traffic flows.

Ettercap also allows DNS spoofing. This technique can implement many different strategies, such as sinkholing to prevent target users from accessing specific websites. Another option is to divert traffic to well-known sites to copy sites instead. However, this represents further data, identity, and credentials theft and misinformation, phishing, and masquerading opportunities.

Another facility in the Ettercap package allows a DoS attack to be launched against a specific device on the network. This will overwhelm the computer’s network card, making it impossible for the applications on that device to receive any traffic.

Ettercap is bundled into Kali Linux, and that is probably the best operating system to use to host this system. If you don’t have Kali Linux, then any other distro of Linux would be a good choice. The complete list of recommended Linux distros for Ettercap is:

The following Linux versions are also often used to host Ettercap, but the developers don’t recommend these as strongly as the distros above.

The Ettercap system can also be installed on these versions of Unix:

Ettercap will also run on Solaris but the development team doesn’t give advice on those implementations.

The following versions of macOS can be used to host Ettercap:

These are the only versions listed on the Ettercap site. However, it will run on later versions.

The download package for all of the above-operating systems can be located at the Download page of the Ettercap site.

There are third-party sites that offer Ettercap for Windows – Softpedia is one example. However, this download file has the tar.gz extension, which is not a type that Windows can handle. You need to open it with a zip utility.

The interface for Ettercap looks a little dated. However, the tool is surprisingly easy to use. Furthermore, it works well; as long as you install it on the exemplary architecture and the correct operating system, it won’t give you any problems at installation. To get a deeper insight into using Ettercap, take a look at the Ettercap Cheat Sheet.

The software is reasonably well maintained – the latest release dates to 1 August 2020. While that is now a year old, this update is more recent than the latest versions of many of the established tools you will encounter for penetration testing.

Looking at Ettercap objectively, it has good points and bad points.

Ettercap is a reliable, free tool that is widely used by hackers and penetration testers alike. Unfortunately, similar free penetration testing tools went the commercial route of taking on sponsors who use the brand for marketing a paid version while providing funds and facilities to allow the original free version to be fully supported. So, it is a good idea to look for other tools that perform similar tasks.

What should you look for in an alternative to Ettercap?

We reviewed the market for man-in-the-middle attack systems and assessed the options based on the following criteria:

With these selection criteria in mind, we have compiled a list of some good penetration testing tools that will enable you to research endpoints and try hacker attack strategies to test system security.

Here is our list of the six best alternatives to Ettercap: