Fortinet produces a range of security products, and some of them have data loss prevention threaded into them.
Stephen Cooper 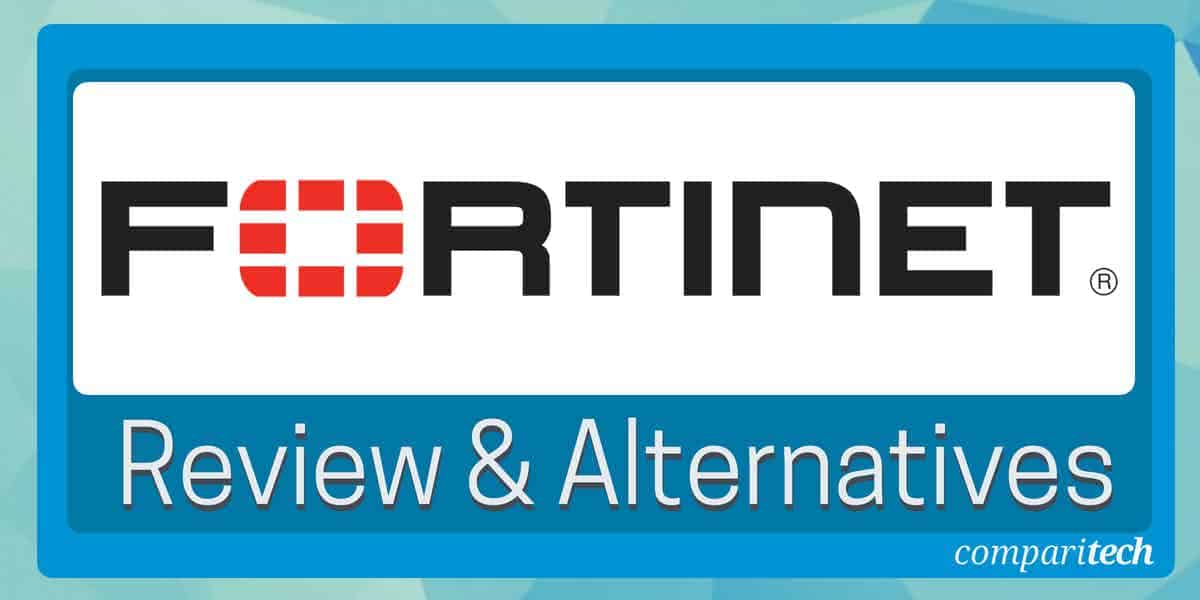 Fortinet specializes in system security and is particularly strong in its firewall products. Fortinet offers firewalls both as network appliances and as cloud services. The cloud delivery of firewalls is known as Firewall-as-a-Service. This product model takes Fortinet into the realm of edge services. The company also provides software-defined wide area networks (SD-WANs) and Secure Access Service Edge (SASE) products.

What is a data loss?

Data loss prevention is closely linked to data privacy standards. In addition, any data leaks can be embarrassing or inconvenient. However, unlike a ransomware attack, this event does not prevent the company from continuing its business.

Depending on the type of data stolen, there can be severe consequences to a data leak. This is because of industry standards and also legislation from governments. These rules create data privacy standards. In the case of standards enforced by legislation, companies can be fined for data disclosure. In the case of industry standards, businesses can find themselves locked out of bids for work if they don’t meet the standard. In both cases, customers whose data is stolen can sue for compensation. A data leak can also damage a company’s reputation and lose its customers.

The type of data that needs to be protected depends on where the company operates and the type of business it is involved in. Some standards are imposed over areas of the world, such as countries or states. There are other standards that are imposed by industries on specific information, such as health-related data or payment card information. In all cases, the types of data that need to be protected are related to private individuals. If that information relates to people in their jobs, it isn’t covered by the privacy standards.

Of course, you wouldn’t want your intellectual property or trade secrets, such as client lists or variable price agreements, to be revealed to competitors. So that information also needs to be protected.

Data disclosure can be accidental or the result of a theft. For example, intentional data appropriation could be instigated by thieves, breaking into the system, or by insiders who want to damage the company or profit by selling the stolen data.

How does data loss prevention work?

There are two ways to protect data – at rest and in motion.

When protecting data from theft, the first task is to identify which data needs to be protected – this is referred to as sensitive information – and where it is. The next step is to control access to that data. This can involve fine-tuning access rights management, and file protection can also be enforced by encryption.

Data transfers can occur out over the internet. However, the movement of data within a network can also be a problem. Once sensitive data is moved from controlled locations, it can be easier to steal. As well as moving data out of the network with file transfer systems, data can be leaked in the body of emails or as attachments. It can also be printed or copied onto a USB drive and carried out of the office or sent out by fax.

How does Fortinet DLP operate?

The reverse firewall is the ideal place to block the transfer of sensitive data out of the network. Of the three Fortinet systems that implement DLP, FortiGate and FortiProxy are network appliances FortiSASE is a cloud-based system.

The Fortinet system requires the applications that communicate over the internet to share their encryption keys with the firewall. Without that mechanism, the firewall would not be able to scan outgoing packet content.

All secure systems over the internet encrypt the contents of packets but not the packet headers. The most widely used service for this encryption is SSL, which uses Transport Layer Security (TLS), usually with RSA encryption. The methodology behind TLS is that encryption is applied end-to-end, and the Web browser manages the client-side.

FortiGate protects connection clients, and FortiProxy is designed to protect Web servers. Finally, FortiSASE creates a secure network, unifying all the sites and cloud resources of a business.

The tasks of creating an HTTPS connection with FortiProxy are straightforward because the firewall performs SSL offloading. The FortiProxy device takes over the responsibility of managing connection security from the Web server – it negotiates the encryption with the remote clients and, therefore, holds both the encryption and decryption keys.

All traffic leaving the Web server passes through the FortiProxy unit. That scans all packet contents, which arrive in plain text, called deep packet inspection (DPI). The service looks for data patterns that denote sensitive data, such as Social Security number and credit card number layouts.

If a packet does not contain a match to a sensitive data format, the firewall encrypts it and sends it out to the client.

FortiGate protects a typical office network where most internet traffic will be initiated by clients (usually Web browsers) within the network, communicating with remote Web servers, dictating the encryption key.

FortiGate has to force clients to operate on HTTP, so outgoing packets arrive in plain text. The firewall performs DPI, looking for sensitive data formats, and if none are found, encrypts the packet and sends it out as HTTPS. When a response comes in, the firewall decrypts it, scans the contents, and then, if everything is OK, passes it on to the browser over the network in plain text.

FortiSASE sets up a VPN with each site. Thus, all traffic traveling out of one site passes through the VPN, which applies encryption. The FortiSASE server decrypts arriving packets and performs DPI, looking for sensitive data.

If the traffic is destined for another site, depending on the security policy, the service could either pass it on or block it if sensitive data is detected. When traffic passes between sites, the FortiSASE forwards it to its destination site down another VPN connection. If the traffic is traveling out of the SASE network, the firewall encrypts it with the appropriate systems, such as SSL, and sends it on.

The Fortinet products that perform DLP need to have that function activated in the control panel of the device or service – it is not started automatically. In the device settings, the DLP function is called SSL/SSH Inspection.

The Fortinet method of checking outgoing internet traffic for sensitive data only protects one exit point for data. It doesn’t control USB drives or check on printer or fax activity. The service also doesn’t implement any file integrity monitoring or identify sensitive data at rest. Thus, this solution is missing a large part of the techniques used to prevent accidental disclosure, insider threats, or account takeover.

It is also straightforward for a hacker to work out how to circumnavigate the Fortinet DPI service. For example, the scanner just looks for a data format, such as a typical credit card number sequence. All the hacker would need to do to fool that process is to split the number in two, transform each number into a corresponding letter and send the two halves out with a two-minute interval between them, and they would get past the inspection.

So, the Fortinet DLP is an optional feature of an expensive system that complicates normal internet traffic protection processes and can be easily duped. Plus, it is only a partial DLP solution.

We can find more weaknesses than strengths with the Fortinet system.

Other DLP services are implemented in firewalls, and many packages cover every aspect of DLP.

What should you look for in a Fortinet DLP alternative?

Here is our list of the five best alternatives to Fortinet DLP: