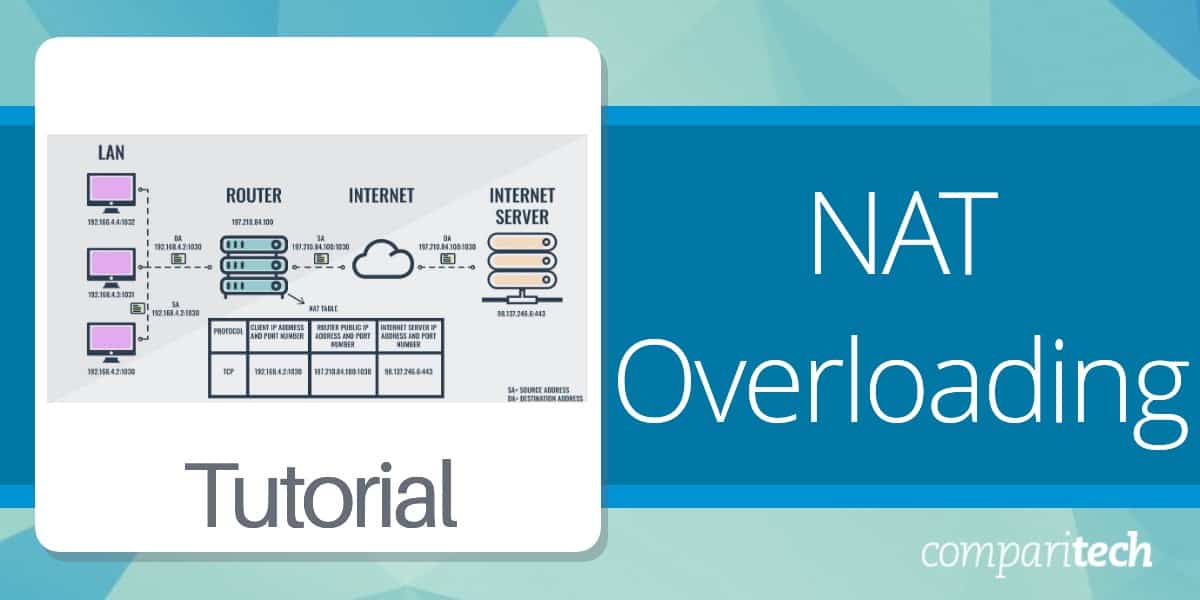 In order to solve these problems, a technique known as Network Address Translation (NAT) among other things, was introduced. Network Address Translation allows hosts in a local area network (LAN) to seamlessly communicate with hosts in an external network and vice versa. It allows IP addresses to be mapped from one address realm to another. With NAT, several private network devices can share a single public IPv4  address to communicate with other devices in the public network.

The need for IP address translation arises when a network’s internal private IP addresses cannot be used outside the network, mainly because they are allocated for private use, and therefore unfit for external communication. The primary objective for NAT just like Classless Inter-Domain Routing (CIDR) and Variable Length Subnet Mask (VLSM) was to slow the depletion of available IP address space by allowing many private IP addresses to be represented by a smaller number of public IP addresses. NAT is also very useful in situations where an organization switches to a new internet service provider (ISP) and still wants to retain its internal address scheme, or when two companies that have identical internal addressing schemes merge. The table below highlights the pros and cons of using NAT.

NAT can be implemented in four different ways:

Static NAT: This type of NAT implementation is designed to allow one-to-one mapping of internal private IP addresses to external public IP addresses. In other words, when passing through a router, the internal IP address of the computer changes from 192.168.4.2 to 197.210.84.100 and vice versa. But, bear in mind that the static NAT requires you to have one public IP address for every host on your network.

Port Forwarding: Port forwarding is an implementation of NAT that forwards a communication request from one address and port number combination to another while the packets are traversing a network gateway, such as a router or firewall. This technique is most commonly used to make application services running on a host on a private network available to hosts on a public network such as the internet. Just as a device needs an IP in order to be identified in a network, services running on the device such as SMTP or FTP, also need to be identified to enable external communication. Port numbers help in identifying these services, and port forwarding is the technique that makes the service available to hosts on a public network. Whenever a service needs to communicate, the port number helps identify the right destination/source on the device and helps in an appropriate data transfer

NAT Overloading: NAT Overloading, also known as Port Address Translation (PAT) is designed to map multiple private IP addresses to a single public IP address (many-to-one) by using different ports. In other words, a single public IP address can be used for several internal private IP addresses, hence the term overloading. Interestingly, this is the most predominant and is the default form of NAT implementation in today’s networks. Why is this so predominant? Well, the answer is simple: It’s because by using NAT overload, you get to have thousands of users connect to the internet using only one real public IP address. NAT overload is one of the main reasons why the IPv4 address space has lasted this long. We’re going to explain in detail how NAT overloading works, and how you can configure it on your Cisco router.

NAT overloading enables multiple devices in a LAN to use the same public IP address to communicate with the outside world at the same time. Typically, packets passing from the private network (LAN) to the public network (internet) will have their source IP address modified, while packets passing from the public network back to the private network will have their destination address modified.

Since private IP addresses are unrouteable on the internet, the only way client devices in a LAN can communicate with the outside world is to point them to a router with a public IP address, and allow the router to mediate between them and the public network. In NAT overloading, the router achieves this mediation by swapping the private IP addresses and port numbers of the client devices with its own public IP address and available port number. This technique works primarily by taking advantage of the TCP and UDP port numbers. As traffic passes from the LAN to the internet, the source address in each packet is translated automatically from a private address to a public address. This appears to servers on the internet as the primary source of the data packet. The router tracks the destination address and port number about each active connection based on the entries in the NAT table. When the router receives a response, it uses the connection tracking data it captured in the NAT table during the outbound phase, to determine the private IP address on the LAN to which to forward the response. Here’s an illustration for further clarification:

Once the internet server receives the request, it responds with the requested data packet which is then forwarded to the requesting device through the router based on the connection information on the NAT table. In addition to IP addresses and port numbers, the router also captures idle time-out associated with each connection in the NAT table. Whenever new traffic is received for a client, its time-out is reset. When the time-out expires, the entry is deleted from the NAT table. This ensures that the NAT table is kept to a reasonable size, and ports don’t remain perpetually open during inactivity and become a doorway for cyber-attacks.

How to configure NAT overloading on a Cisco router

In order to configure NAT overloading on a Cisco router, the following steps are required:

Once you have configured NAT overload on your router, you need to be able to verify the configuration. In order to verify the NAT translations, we can use the following commands:

As the internet continues to expand at an exponential rate, NAT overloading has become the de facto standard for devices on a private network with IPv4 addresses to gain access to the public network, while slowing the depletion of the IPv4 addressing space. This has managed to conserve the IPv4 address for the last 30 years. But in November 2019, RIPE Network Coordination Centre announced that it has officially run out of IPv4 addresses. A longer-term solution to the eventual exhaustion of the 32-bit IPv4 address space is the 64-bit IPv6 protocol.

However, NAT is not commonly used in IPv6 networks. The large addressing space of IPv6 rules out the need for its conservation as every device can potentially be assigned a unique public IP address. Instead of the 4.3 billion IPv4 addresses, there are now potentially 3.4 duodecillion IPv6 addresses available to connect devices to the internet. This basically renders NAT implementation in IPv6 unnecessary. Nonetheless, NAT can still be used to protect the privacy of IPv6 private networks from public networks. But for now, as long as IPv4 is still in use, NAT overloading will continue to enable several devices in private networks to share a single public IPv4  address to communicate with other devices in the public network.