Snort provides security monitoring for networks. The system is free to used and supplied by Cisco Systems. Find out more.
Stephen Cooper 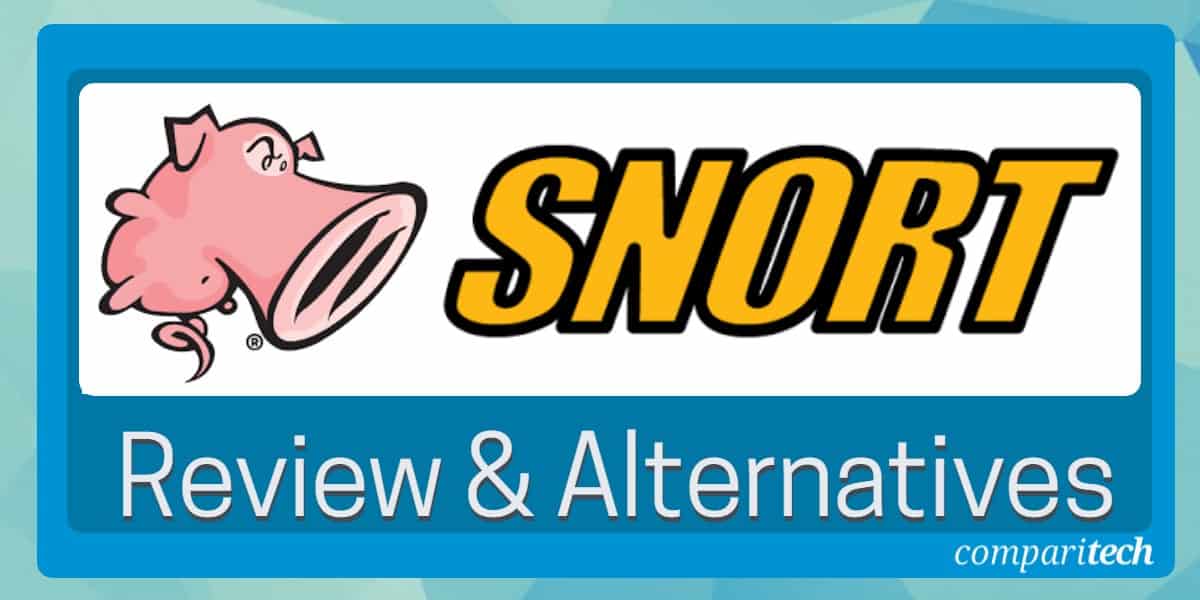 Snort is an open-source project with development contributions from volunteers. However, the project is well organized and fully funded, making this a free tool of professional standard. The Snort package is a network intrusion detection system. This is an advanced security tool that many users would pay a high price to acquire, but they don’t need to because Snort is entirely free to use.

The system security sector utilizes many overlapping strategies, and it can be challenging to work out exactly which tools a business needs to block malicious activity. Also, it is sometimes difficult to work out what packages are system monitors and which are security services.

Snort is a system security tool. However, that security mechanism is based on live data gathering that provides system monitoring as well. As a free tool, Snort is a disruptor. It matches the capabilities of many expensive tools and could easily damage the profitability of many large software development corporations if more network management knew of Snort’s existence.

An intrusion detection system (IDS) is aimed at identifying hackers. This is the second line of defense and grew from the software industry’s realization that the fight against hackers is a relentless, unwinnable war.

Traditional defense systems patrol the perimeter. The classic network defender is the firewall. It blocks malware from traveling in and prevents a range of hacker strategies by refusing all inbound connection requests. However, that strategy would be hopeless for Web services and impossible to patrol when insiders can open up connections to malicious outside locations.

No matter what plan a firewall developer comes up with to block malicious outsiders, hackers will always find a way in. So IDSs take a realistic approach and accept that some hackers will always get through. Hope for the best but plan for the worst.

Snort is the system equivalent of homeland security.

Snort is a NIDS.

When reading about HIDS and NIDS, you will realize that those descriptions are exactly what you read in the brochure for the SIEM that you bought. This is because HIDS, NIDS, SIM, SEM, and SIEM overlap all industry terms.

Security event management (SEM) looks at live activity on a system, which usually boils down to watching networks for malicious traffic. NIDS, therefore, is the same as SEM. Security information management (SIM) involves searching through log files and activity records collected from devices and centralized. This is exactly what host-based intrusion detection systems do. SIEM is Security Information and Event Management – it combines a SIM and an SEM. Therefore, SIEM = HIDS + NIDS.

The boundaries between SIM and SEM and, therefore, HIDS and NIDS can be blurred to confuse matters further. This is because log messages are originally live reports, and the reports that live monitoring systems rely on can be filed.

The only reason you would want to spot malicious activity is to stop it. Your IDS flashes a warning telling you that traffic from a particular IP address or user account is doing something terrible. You will suspend that user account and update firewall rules to block that IP address. You will do that every time.

Given that there are only so many actions that a human administrator can take when an intruder is identified, can’t a computer be made to do those things instead? Yes, it can, and that’s what an intrusion prevention system (IPS) does.

An IPS is an IDS with a few extra routines that communicate with access rights managers and firewalls to powerless those detected malicious actors.

Snort is an intrusion prevention system.

The history of Snort

Martin Roesch is one of the leading figures in the development of system security. His rise to prominence began in 1998 when he created Snort. As more people go to know Snort, the admiration for Roesch grew. Finally, in 2001, he founded Sourcefire, Inc., which held the copyright on Snort.

Sourcefire produced a network appliance called Firepower, which implemented security by embedding Snort processes. In short, Firepower was Snort-as-a-device. But, while Sourcefire made money off Firepower, it kept Snort free and independently managed. So, Firepower subsidized Snort.

Ordinarily, the copyright licensing structure for open source systems lets businesses use and develop the code but prevents them from remarketing that system for profit. However, as Sourcefire owned the copyright to Snort, it wasn’t subject to that restriction.

The Snort and Firepower product line was a winning combination for Sourcefire, and in July 2013, Roesch and his investors sold the company to Cisco Systems for $2.7 billion. Roesch is now Vice President of Cisco’s Security Business Group, and Snort is still free to use.

Snort has three modes. These provide different services. The operating levels of Snort are:

The operational strategy of Snort is layered. Effectively, each higher mode builds upon the services provided by the lower service. For example, there isn’t much difference between the Sniffer Mode and the Packet Logger Mode – the second just stores the packets that the first collects. However, there is a big difference between the Packet Logger Mode and the Network Intrusion Detection System Mode. This leap involves the application of rules. These are called Snort Rulesets.

A rule is a paring of conditions and actions: IF this happens, THEN do that. The action is usually a series of steps. Any programmer will immediately recognize this structure and a conditional branching mechanism that is one of the mainstays of a computer program. So, the title of “rulesets” underplays the importance of these plugins.

The Community Rulesets are not quite as amateurish as they sound. First of all, keep in mind that the Snort Community comprises highly experienced, qualified network specialists. Not every idea makes it into the Community Ruleset menu. Analysts from Cisco Talos, a security applications research team, vet each Community Ruleset candidate. This ensures that hackers can’t intentionally introduce security scanning blind spots into the Snort system.

Snort’s source code is available for download, which means, if you have the skills and the time, you can adjust the program before compiling and using it. That scenario lies at the heart of many of the updates to the system because those users who come up with a bright idea for an extension to Snort submit those changes to the central committee for consideration. After analysis, some of those customizations become part of the core functionality of Snort. The source code is bundled in a tar format, suitable for use on Linux.

Installers are available to get Snort running on Fedora and CentOS Linux, FreeBSD, and Windows. These packages are available for free from the Snort Home page.

Snort has a very loyal user community that constantly researches possible improvements to the package and dispenses free advice to newcomers. As a result, the tool is very highly regarded and challenging to beat. Here is our assessment of Snort.

Overall, getting to know Snort is a worthwhile exercise. Even if you end up working with a different IPS or plump for a SIEM instead, trialing the Snort system offers a good education in how network security packages work.

Although Snort is an industry leader in intrusion detection and one of the few products that genuinely perform network intrusion detection, it is always a good idea to examine several alternative systems before plumping for any type of software.

What should you look for in an alternative to Snort?

We reviewed the market for network intrusion prevention systems like Snort and assessed the options based on the following criteria:

We have compiled a list of some excellent intrusion prevention systems that compete well with Snort with these selection criteria in mind.

Here is our list of the six best alternatives to Snort: