“AWS” stands for Amazon Web Services. This is a division of Amazon, the online selling platform. The term applies to a cloud platform that offers businesses server space for rent. The company doesn’t just offer server space, it includes access to 165 services.
Stephen Cooper 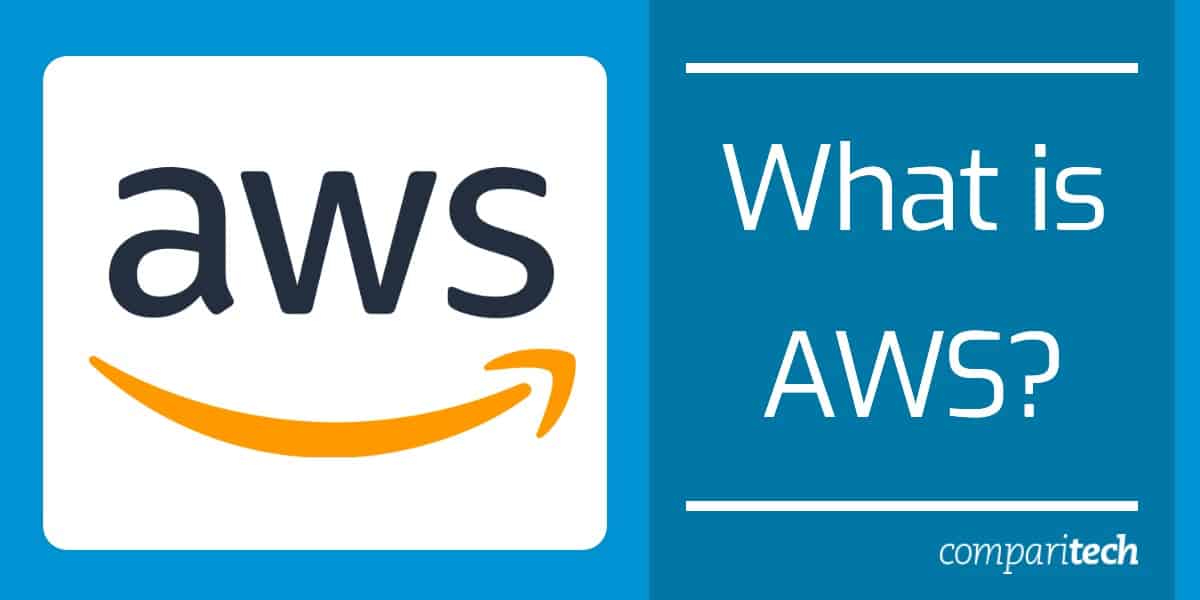 The AWS strategy offers a combination of server storage space, processing power, and pre-installed applications. For example, AWS includes access to eleven database management systems. That means that if you sign up for Amazon Web Services as a host for your business’s IT needs, you don’t need to then buy and install a database system. AWS isn’t just about databases, there are a lot more applications available with the system.

AWS enables companies to do away with their own IT infrastructure and just connect every workstation to the internet. The platform includes virtualization, so none of the workstations that an AWS-connect business deploys needs to have its own processing power or storage space. The local device is just a console that gives access to an account on the AWS cloud platform. As no data is stored locally, workers can switch devices at will. This enables concepts such as hot-desking, “bring your own device,” and telecommuting.

Amazon Web Services began operation in July 2002. Amazon made a major investment in cloud technology and quickly came to dominate this new category of IT services. Security and privacy issues made many businesses reluctant to process data outside of the office space. This cultural resistance slowed down the adoption of cloud concepts, and in fact, resistance to remote processing and storage still has been totally eradicated to this day.

The idea of creating virtual servers gave more businesses confidence in the platform because it created a sense of ownership. Companies didn’t feel as though they were entrusting all of their data to Amazon, rather they had their own processing and storage facilities, which they rented from Amazon.

The first service that the company introduced as part of AWS was the Simple Queue Service (SQS). Which was launched in 2004. The platform relaunched in 32006 with the arrival of Amazon Elastic Compute Cloud (EC2). Storage space was rebranded as Amazon Simple Storage Service (S3). This combination proved to be a winning combination and form the most widely used services of AWS to date.

Amazon had some big competitors in the field of cloud services. However, it has maintained its position as the industry leader. By the end of 2017, AWS supplied 34 percent of all cloud services. The next three competitors were Microsoft with 11 percent, Google with 8 percent, and IBM with 6 percent of the cloud market. AWS’s revenue for 2018n was $25.65 billion.

SQS is a distributed message queuing service. It isn’t very well known by the public because it isn’t an end-user application. Instead, it provides the back end to many well-known consumer applications, including Dropbox, Netflix, Nextdoor, and the Amazon trading platform.

This is a B2B service that, like all AWS products is charged for by usage. The inclusion of cloud processing and storage helped SQS become more widely used by rival systems, such as Microsoft Message Queueing and IBM WebShere MQ. This combination of storage, CPU, and applications is typical of the winning formula that has made AQWS an industry leader.

S3 is the bedrock of the AWS platform. The service is charged per Gigabyte of storage space and the first 5GB is free. The price per Gigabyte falls with an increase in space usage. This pricing structure is very scalable. So, even though the customer feels that he has a privately rented server, in reality, the boundaries between each customer’s server are not clearly defined, allowing each to expand incrementally across multiple servers.

The majority of S3’s users do not pay directly to AWS. The storage service is mostly deployed by other businesses offering storage as an add on to some other application. For example, Dropbox, Tumblr, Pinterest, and Netflix all use S3 storage.

The S3 servers are also able to host websites. Many hosting services that offer web servers to the general public and business communities don’t actually run their own servers. Instead, they rent S3 space and present a corporate interface to the world that makes it seem as though they actually own the server space that they charge for as part of their web hosting package.

EC2 is probably the most complex service that Amazon offers. This section of AWS hosts many “software as a service” providers. The virtual machine concept is central to the EC2 service. Amazon.com runs on EC2.

Essentially, the EC3 system offers CPU time to other businesses. Again, the charge structure is scalable and invoiced in arrears. This is a great benefit to startups and small enterprises because it removes the entry barrier of equipment cost and enables any new business to offer unlimited processing power without the need for capital investment.

As already mentioned, database software is made available on AWS for a fee. Other AWS services include web servers, a game platform, called Lumberyard, a text-to-speech tool, called Polly, a computer vision system, called Rekognition, a machine learning tool, called SageMaker, and CloudFront, which is a content delivery network.

AWS keeps expanding its collection of services all the time. Quite often new services are added through acquisition.

Each service can be accessed through APIs, which make it easy for other digital entrepreneurs to launch new services that rely on AWS behind the scenes.

AWS is well placed to continue its domination of Cloud services over the near future. The platform removes the infrastructure costs of other businesses. However, the cost of trying to compete with AWS and win customers away by offering the same service is very steep. AWS is well established and is reaping the benefits of a lot of investment capital. Few other enterprises have the budget that would enable them to knock AWS off its Cloud throne.