How to watch Usman vs. Edwards (UFC 278) from anywhere

Want to tune into UFC 278? This guide will explain how to watch Usman vs. Edwards (UFC 278) from anywhere, even if you're traveling away from home.
Craig McCart 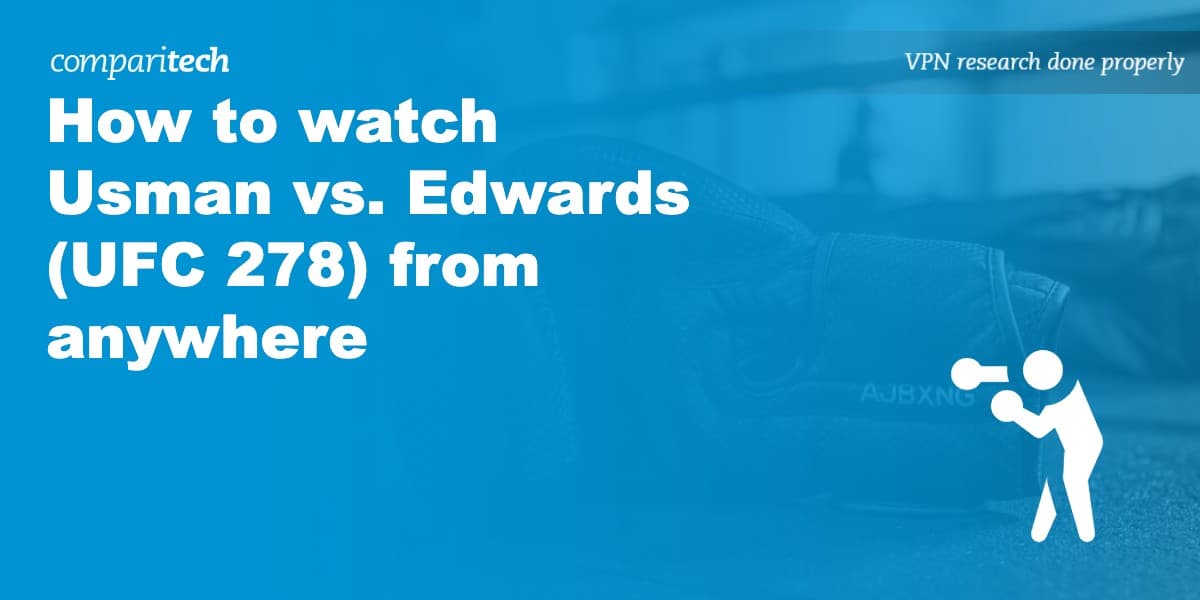 This post will only recommend official sources for watching UFC 278. Pirated versions are prone to DMCA take-downs mid-stream and laggy and low-resolution viewing experiences. Unofficial streams can also put your security at risk. Instead, we recommend you use the official streaming sources detailed below.

The platforms showing UFC 278 are all region-locked, meaning you’ll need a VPN to watch your usual services while traveling abroad.

How to watch UFC 278 (Usman vs. Edwards) online abroad

Most of the services showing UFC 278 are region-locked, and you’ll see an error message if you try to use them abroad. However, accessing geo-restricted content like the Usman vs. Edwards fight is easy with a VPN. Follow the steps below to watch UFC 278 from abroad (outside the US).

Here’s how to live stream UFC 278 online from anywhere:

Usman vs. Edwards will be broadcast live, and as such, we strongly recommend testing your VPN with the steps above well before it’s due to begin. This way, you’ll have plenty of time to get help from your VPN’s customer support team if anything goes wrong and avoid missing the start of what’s sure to be a very exciting event.

NordVPN is offering a fully-featured risk-free 30 day trial if you sign up at this page. You can use the VPN rated #1 for streaming UFC with no restrictions for a month - ideal if you're traveling abroad for a few weeks. 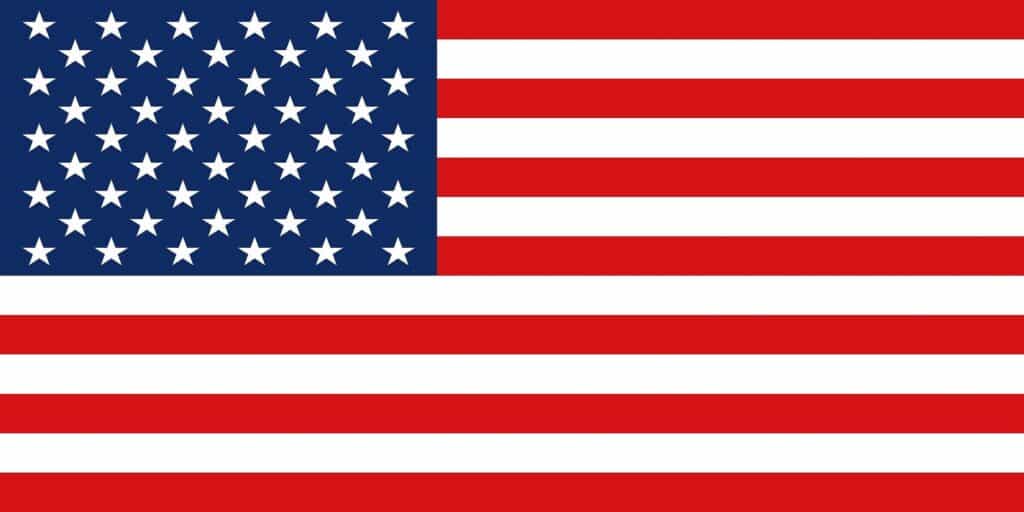 ESPN (and partially the UFC) hold the broadcast rights for the Usman vs. Edwards fight in the US, and as such, the main fight card will be shown on ESPN+. This requires a basic ESPN+ subscription which costs $6.99 a month or $69.99 a year.

It’s worth mentioning that all of the above services are geo-blocked. As such, you’ll need a VPN to use them abroad. NordVPN comes with a 30-day money-back guarantee, allowing you to try it risk-free.

Where else can I watch UFC 278 live online?

MMA has grown in popularity over the last few years and now has a huge international audience. Below, we’ll let you know how to live stream UFC 278 outside the US.

BT Sport is the current rights holder for UFC events broadcast in the UK. Don’t have BT Sport? No problem: you can just sign up for the online-only pass, which costs £25 per month. Unfortunately, though, this doesn’t come with any kind of a free trial.

You can watch the prelims, and the main event live on BT Sport Box Office. However, UFC Fight Pass lets you stream the prelims, and early prelims live for £6.99 per month, with the main card fights coming two days later.

BT Sport is only available in the UK, so you’ll need a VPN to get a UK IP address if you’re currently abroad.

Australian fight fans can purchase streaming access to the main fight card through Main Event or Kayo. Either way, it’ll cost you $54.95 AUD, plus an extra $25 per month for a Foxtel Now subscription if you don’t already have one.

Alternatively, you can sign up for UFC Fight Pass and then purchase the main event through UFC Pay Per View — this is the only way to stream the early prelims.

These services are region-locked. To use them abroad, you’ll have to connect to an Australian VPN server.

If you’re hoping to watch UFC 278 live online in Canada, you’ll need to use various services.

To get the early preliminary matches, you’ll have to create an account on UFC Fight Pass for $9.99. The Preliminary matches, however, are only available through TSN or RDS. You can access TSN through a cable provider or a standalone service known as TSN Direct. Unfortunately, TSN Direct does not come with a free trial, and you cannot get a refund after signing up for the service. TSN/RDS Direct costs $19.99 CAD per month or $7.99 daily.

Finally, you can purchase access through UFC’s Pay-Per-View service if you want to watch the main fight card. This requires you to shell out $64.99 CAD. The main event is also available through BELL, Rogers, Shaw, SaskTel, Videotron, Telus, Eastlink PPV options.

A VPN is going to be a handy thing for fight fans traveling in Canada. First, it’ll allow you to use the above services if you’re abroad. Additionally, If you sign up for UFC Fight Pass, you can connect to a VPN server in the UK to get both the prelims and early prelims without having to use TSN Direct.

The best streaming options for UFC 283 depend on your location. If you're in the US, you'll need an ESPN+ account and a ticket for the pay-per-view. UK fans can watch via BT Sport, while in Australia, you can stream Main Event on Kayo Sports.

Many countries are showing this fight on services that offer a free trial period. This allows you to navigate your way around free trials to get the early preliminary and preliminary fights. But in some countries, the main card event costs money via PPV (up to $79.99). Another exception is select EU countries with DAZN, where the entire fight is available on DAZN at a low per-month cost.

The highlight of UFC 283 is the Light Heavyweight title fight between Teixeira and Hill. That said, everybody will be keen to see who'll come out on top in the other title fight of the evening: Figueirdo vs Moreno. Bookmakers aren't sure were this second bout is going to go, with both fighters currently looking at -110 odds.

Can I get in trouble for streaming UFC abroad?

Using a VPN to get around regional sports restrictions isn't actually illegal in most countries, though it does go against most streaming sites' terms of use. Still, in the unlikely event that your platform of choice realizes you're using a VPN, you'll simply be asked to turn it off. If you're having difficulty securely streaming UFC abroad, you can always ask your VPN's support team whether there's a specific server that will work.