How to watch The Killing online from anywhere

Want to watch The Killing online? The good news is that the Danish crime drama is to make its North American debut! Find out where you can stream The Killing and online from anywhere in the world.
Mark Gill TECH JOURNALIST, VPN AND PRIVACY SPECIALIST 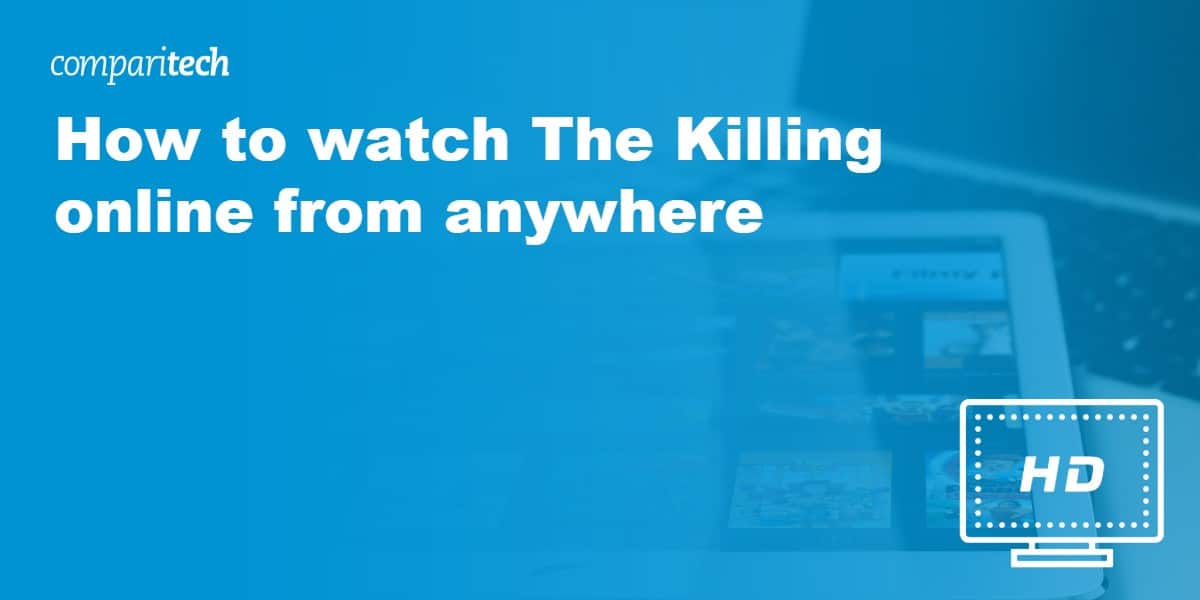 The Killing first premiered on Danish TV in 2007 and quickly became an international success. Over the years, the BAFTA award winner has aired in many countries worldwide. As such, it’s somewhat surprising that it’s only just coming to the US — better late than never! The US premiere is set for Thursday, August 12. Below, we’ll explain how you can watch The Killing online from anywhere in the world.

There are a lot of unlicensed streams for this show, which speaks to its popularity. However, it’s worth keeping in mind that they’re typically low-quality, with low-resolution video and excessive lag. Aside from this, many run the risk of being taken offline for copyright infringement. For this reason, we’re only recommending official sources for watching The Killing. Indeed, with so many official sources for watching The Killing online, unauthorized streams are just a waste of time.

The Killing is only available to stream on region-locked platforms. This means that a VPN is required if you’re traveling abroad and want to continue watching via your usual streaming service from home.

How to watch The Killing online with a VPN

Never used a VPN? It’s easier than you might think! Upon connecting to a VPN server, you’re provided with a different IP address. This makes it look as if you’re browsing from another location so you can access the content of region-locked websites and services.

Here’s how to live stream The Killing from abroad using a VPN:

NordVPN is offering a fully-featured risk-free 30 day trial if you sign up at this page. You can use the VPN rated #1 for Topic with no restrictions for a month -- ideal if you happen to be on vacation when The Killing makes its US debut.

How to watch The Killing online in the US & Canada

As part of Topic’s “Summer of Suspense” series, The Killing will make its US debut on Thursday, August 12. Each season will be released on a weekly basis until all three seasons are available for streaming. You’ll need a paid subscription in order to watch the Topic streaming service. This costs $5.99 USD per month and can be canceled at any time. Furthermore, a seven-day free trial is available to new customers.

Topic is only available in the US and Canada. If you try to access the streaming service while traveling abroad, you’ll find its content to be geo-blocked. To bypass this, connect to a VPN server in the US for a US IP address. Don’t yet have a VPN? You can always take advantage of NordVPN’s 30-day money-back guarantee. This allows you to try it out risk-free and, if unsatisfied, request a full refund for your money back.

Where else can I watch The Killing?

The Killing concluded with its third season in 2012 (there was also a four-season US remake that ran from 2011–2014). However, the show’s popularity and international success mean it is still available to stream in various countries, some of which are covered below:

One of the best options for watching The Killing is BBC iPlayer. That’s because this platform’s content is available to stream for free. In fact, all you need to do is sign up for an account to watch. You’ll be asked to provide your email address, date of birth, country, and a UK postcode. However, any UK postal code is accepted. While a TV license is also required to watch BBC iPlayer live or on-demand, there’s no real verification process in place for this.

Due to copyright restrictions, BBC iPlayer content is only available in the UK. Traveling abroad? You’ll need to use a VPN to get a UK IP address. All three seasons of The Killing will then become available to watch in your location.

Much like viewers in the UK, fans of The Killing in Australia have a free option for streaming seasons 1–3. It’s available on SBS On Demand which only requires that you sign up for an account. It asks you to provide the following information: your name, email address, birth year, and gender. As long as you’re connected to a VPN server in Australia, you’ll be able to stream The Killing on SBS On Demand from anywhere.

What should I know about The Killing?

The Killing, or Forbrydelsen, is a Danish police procedural drama series set in Copenhagen. It follows Detective Inspector Sarah Lund day-by-day as she looks to solve a new murder case each season. Each 50-minute episode covers 24 hours of the investigation. The Killing isn’t short of plot twists and has a darker tone than many other TV shows of its genre. It has received numerous awards and nominations and has become something of a cult show.

Who is in the cast of The Killing?