What’s Biden’s stance on TikTok? Will the US ban it?

Will Biden follow through on Trump's decision to ban TikTok? We explore the Biden administration's next moves regarding the Chinese-owned social media app.
Paul Bischoff TECH WRITER, PRIVACY ADVOCATE AND VPN EXPERT 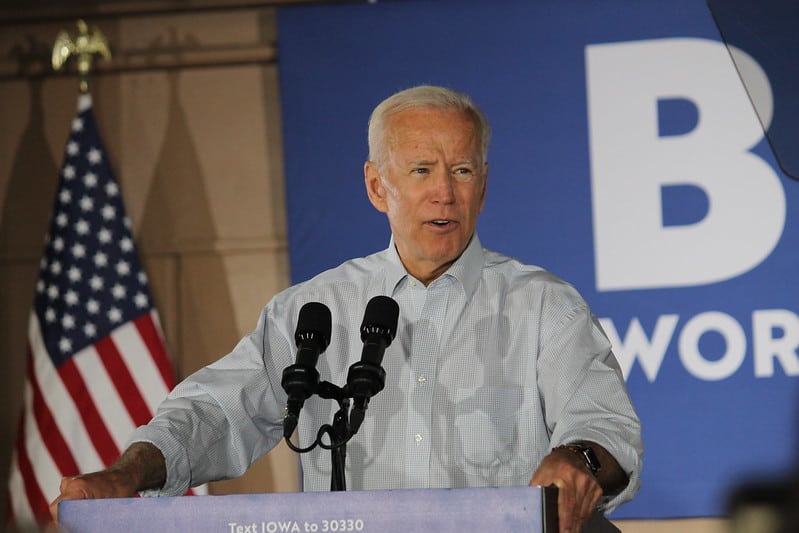 TikTok, owned by Chinese company ByteDance, doesn’t have a perfect track record when it comes to privacy, but these assertions were largely unfounded. TikTok clearly states that Americans’ data is stored in the US, not China. There is no evidence of political censorship or intentional disinformation. TikTok has not been shown to collect any more user data than most other popular social media apps.

Trump’s order would have prohibited companies and individuals from transacting with ByteDance, TikTok’s parent company, which might have entailed removing TikTok from app stores. The order nearly resulted in TikTok selling a stake of its business to an American company, but ultimately that never came to fruition. TikTok still operates as it always has in the USA.

So how does the new administration under President Joe Biden feel about TikTok?

Trump’s executive order set a deadline of 45 days, but it was largely ignored.

A federal judge granted TikTok an injunction against Trump’s order, which the Trump administration appealed. After taking office, the Biden Administration officially delayed the appeal in February 2021. This move signaled early on that Biden planned to drop the case against TikTok entirely.

Biden’s administration says national security officials are currently in talks with ByteDance about data security and preventing US user data from being accessed by the Chinese government. Officials are investigating how Chinese-owned tech companies could pose a risk to Americans’ data and privacy.

We plan to develop a comprehensive approach to securing U.S. data that addresses the full range of threats we face. […] This includes the risk posed by Chinese apps and other software that operate in the U.S. In the coming months, we expect to review specific cases in light of a comprehensive understanding of the risks we face.

The Biden administration and TikTok submitted a joint report to the Commerce Department stating they will take more time to discuss next steps, with any further action to be decided by June 11, 2021.

Biden replaces Trump’s EO with his own

In their place, Biden issued a new, broader executive order aimed to protect Americans’ data from foreign-owned apps. That includes TikTok as well as many other apps.

The new order tasks the US Department of Commerce with developing criteria for assessing national security risks associated with apps that are “owned, controlled, or managed by persons that support foreign adversary military or intelligence activities, or are involved in malicious cyber activities, or involve applications that collect sensitive personal data.”

The Commerce Department must also draft a report with recommendations on how to safeguard Americans’ personal data, including genetic information, plus another report containing additional policy proposals.

TikTok’s ongoing negotiations with the Committee on Foreign Investment over how to best protect Americans’ data will be unaffected by the order.

Biden himself hasn’t explicitly mentioned TikTok on the record.

The Biden administration could still ban TikTok or force it into a sale to a US corporation.

Right now, that’s unlikely to happen. Shutting down a business via executive order is unprecedented, and no one has produced hard evidence that TikTok hands over Americans’ personal info to the Chinese government. Furthermore, banning an app is just impractical—users will still be able to get it through third parties even if it’s removed from app stores.

Furthermore, TikTok’s user base is primarily made up of young people, a key voter demographic for elected officials in the Democratic Party. It’s unlikely that Biden would risk his approval from young voters without concrete evidence of wrongdoing by TikTok.

But the Biden administration hasn’t dropped the case yet. Banning TikTok could be part of a larger strategy to confront and pressure China on other geopolitical matters.