What are format string attacks and how can you prevent them?

Format string attacks can be quite severe, luckily it's not too difficult to defend against them. In this article we look at how to do just that.
Marc Dahan Specialist in online privacy 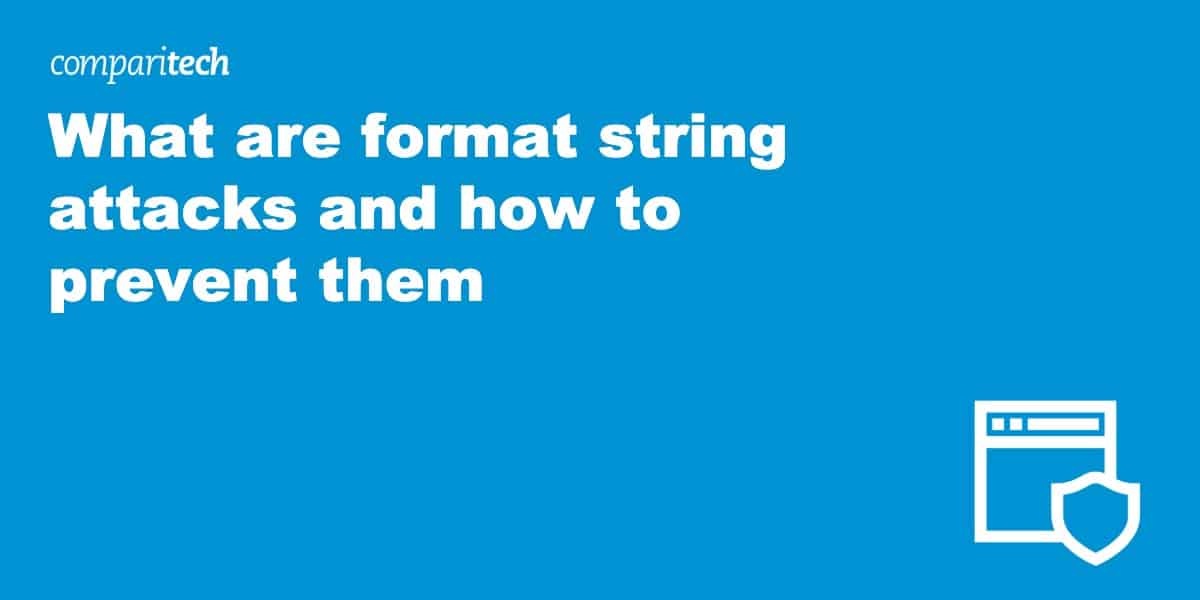 Many programming languages use what is called format strings to insert values into a string of text. But unless they are set up properly on the server-side, format strings can be exploited to execute arbitrary code, perform buffer overflow attacks, and extract sensitive information from the web server/application.

In this article, we’re going to look at what format string attacks are, how they work, and what you can do to protect against them.

In September 1999, security researcher Tymm Twillman discovered that format string vulnerabilities could be exploited as an attack vector. He was performing a security audit of the open-source FTP server ProFTPD, written in the C programming language. What he found was a printf() function that passed user-generated data to the web server/application without a proper format string.

After extensive testing of printf-type functions, Twillman demonstrated that a format string attack could be used for privilege escalation. A privilege escalation attack is one in which the attacker, logged-in as a low-level user, manages to escalate their privileges to a higher-level user or even gain root access, which would give the attacker complete control over the system.

However, format string vulnerabilities are becoming less prevalent because most modern compilers today will flag the issue.

What is a format string attack?

One of the most basic functions in the C programming language is printf(), which means “print formatted”. The printf() function is used to send data to standard output (stdout). That data can be an ASCII text string, but it can also use format specifiers as variables and pass the variables’ values as parameters to the printf() function.

Format functions are powerful tools, and programmers use them extensively to perform automatic type conversions, saving them a lot of time in the process. But, printf() format strings can be vulnerable to a variety of attacks if they’re not configured properly.

Let’s look at how the attack could work.

The format of format string attacks

Format string functions in C can be used without any format specifiers. And that’s where the vulnerability lies. Say we have some C code that contains the following:

If the printf() function above was controlled by the server, which would hard-code the user_input variable into the format string function, then it would be perfectly safe. However, barring that, a malicious actor could exploit the format string to mount an attack. Because no format specifier is present, an attacker could compile the program and run it while passing a format specifier to the program as an argument rather than as a normal string.

Every time printf() encounters a format specifier, it expects to find a suitable variable in its argument list for each format specifier it encounters in the format string. In C programs, variables are saved in the stack. When printf() sees the first %x specifier, it simply refers to the stack and reads the first variable it finds after the format string. This behavior will be repeated for all five %x specifiers in our example. And the result will be that printf() prints the hex representation of five values from its stack. These values could be variable values, function return addresses, function parameters, user input data, or pointer memory addresses, among other data points.

What kind of damage can a format string attack cause?

If your web server/application is vulnerable to format string attacks, a malicious actor playing with carefully crafted format strings could use them to:

Format string denial of service attacks typically use multiple instances of the %s format specifier (string) to read data from the stack until the program tries to read data from an illegal address and crashes.

Format string reading attacks typically use the %x format specifier (hexadecimal values) or the %p (pointer) format specifiers to print values stored in memory or in the stack that are not meant to be public.

Say we have the following C code:

The above code is vulnerable to format string attacks because of the line:

The safe version of the code would be:

which includes a format specifier.

If we were to compile and run the program with the safe printf() line, like so:

The output would simply be:

The program would not interpret the trailing

and wouldn’t open the door to a format string attack.

If, on the other hand, we were to compile the program with the unsafe printf() line and run it with our malicious string, the program would interpret each %s as a string pointer and would try to read them from the stack or from memory. At one point, the program would encounter an invalid address and crash. This exemplifies using a format string vulnerability to pull off a denial of service attack.

Another example would be running the compiled program with the unsafe printf() line with the following malicious string:

This would return values from the web server/application’s stack—something like:

An attacker could use the above method to exceed the stack space allocated to a variable. This is known as a stack-smashing attack and, based on the application under attack and its execution environment, could lead to a root compromise of the OS itself.

So that was an overview of format string vulnerabilities and attacks. The attacks can be nasty, but thankfully, they’re not that hard to prevent. It just takes a bit of due diligence, and you should be fine.

It also shows us that no bug is too small to be exploited. The internet is a hostile place, and one should never assume that such low-level bugs will never be exploited. They will be. It’s just a matter of time.