What is Qrljacking and how can you prevent it?

QR codes are kind of cool. But they're also vulnerable to a pretty nasty online attack, called QRLjacking. In this post we look at what QRLjacking is and how you can avoid it.
Marc Dahan Specialist in online privacy 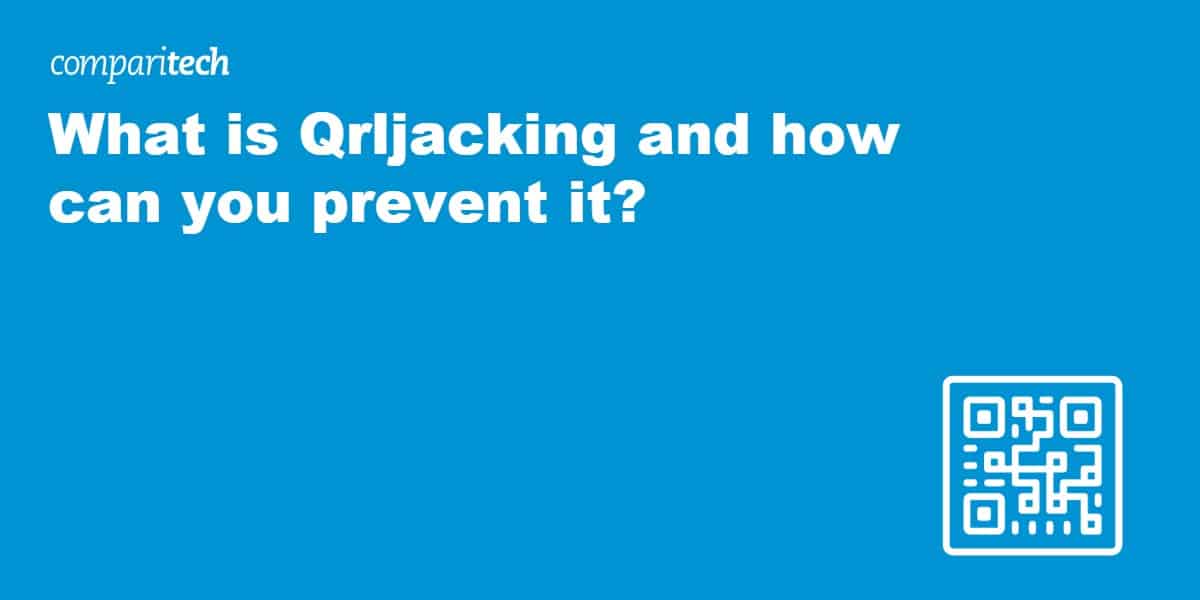 QR codes, or Quick Response codes, are pretty cool. They can be used to encode essentially all things alphanumeric and digital. Plus they look kind of futuristic. QR codes are a technical enhancement of bar codes (X-axis—left to right). While bar codes are considered one-dimensional, QR codes are two-dimensional (X and Y axes—left to right and top to bottom). QR codes can store up to 7089 digits or 4296 characters. This includes punctuation marks and special characters. So QR codes can be used to encode words, phrases, internet URLs, and login credentials too.

But for all their convenience, QRL codes are also an online attack vector. Enter QRLjacking.

QR codes were created by a Japanese manufacturing company called Denso Wave. The company needed a better coding system that could handle more data (capable of encoding more characters) than traditional barcodes. The company needed this in order to be able to track the increasing number of vehicles and parts it was manufacturing. Denso Wave employee, Masahiro Hara, with a team of two colleagues, developed what we now know as QR codes. QR codes have been available since 1994.

QRLs, or Quick Response Code Login, is an alternative to password-based authentication. QRLs allow users to log in to their accounts by scanning (taking a photograph) a QR code, which has encoded the user’s login credentials. So, yes that means you need a device equipped with a camera that is able to interpret QR codes. But most smartphones and computers you buy today have that functionality built-in.

But that doesn’t mean QRLs are invulnerable, by any means, as we’ll see.

QRLjacking is an online attack that consists of fooling an unsuspecting user into scanning the QRL provided by the attacker rather than the actual QRL issued by the service provider. Once the user scans the malicious QRL, the attacker gains access to the user’s account and bad things happen.

QRLjacking, like many online attacks, requires some form of social engineering to fool the victim into scanning the compromised QRL.

Here is an example of a typical QRLjacking attack:

Most of these services are Chinese or Russian, where QR codes are much more common.

There isn’t much users can do to protect against QRLjacking attacks beyond not using QRLs at all. In fact, it’s OWASP’s number one recommendation in mitigating QRLjacking.

Beyond that, there are a few measures that website administrators can take to minimize the attack surface. Although, they should also stop using it as a means to authenticate their users. But if you must use QRLs, here are a few security tips.

The website/service sends a confirmation email or SMS message to the user, after they’ve logged in with the QRL. That way, the user could determine something’s up if they don’t receive the confirmation message.

Restricting the IP addresses that can use the QRL is another way to mitigate QRLjacking attacks. The user needs to request the QRL from the site/service, so the service knows their IP address by this point. This would block the authentication request from the attacker’s server. However, there are ways an attacker could spoof their IP address and potentially bypass this security measure.

Similar to the above, another mitigation measure would be to restrict the locations from which authentication requests are accepted. Because the website/service inevitably knows the user’s IP address, it also knows their general location. While not foolproof, this could thwart an authentication request from the attacker as long as the malicious server is not in the same general location as the victim.

But again, these are relatively impractical mitigation measures. And none of them are silver bullets. Number one is theoretical. Number two isn’t that difficult to circumvent. And number three will not work if the attacker’s server is in the same general location as the victim.

So the best mitigation is not to use QRLs at all.

If, as a user, you must use QRLs, here’s some common sense advice that may help you out. These are things you should be doing anyway. Not just in a context in which you’re trying to defend against QRLjacking.

Security and convenience are in a constant balancing act. Internet for the masses requires both, but the equilibrium is difficult to find. However, sometimes convenience is exaggerated. For example, are QRLs that much more convenient than one-time passwords (OTP)? Think about it, you still need to pull out your phone, launch the camera app, and take a picture. Is that so much more convenient than opening an OTP app and copying and pasting it? I’m not sure it is. And, are we now just so “internet-lazy” that an extra swipe or two becomes a dealbreaker?

While convenience may be convenient (nice truism, no?) it isn’t always secure. And while the internet can show us a lot of fun and interesting things, never forget that the internet is a hostile place with no shortage of individuals and organizations that want a piece of you. So don’t use QRLs—at least for your more important online accounts. And while perhaps not as convenient as your web browser’s auto-login feature, OTPs, while not perfect, will provide much better security than QRLs. A slight drop in convenience often yields important security gains.