Official service and support for Windows 7 Home users ends January 14, 2020. If you're still using Windows 7 past that date, your PC could be at risk. We'll explain a few solutions to stay safe.
Paul Bischoff TECH WRITER, PRIVACY ADVOCATE AND VPN EXPERT 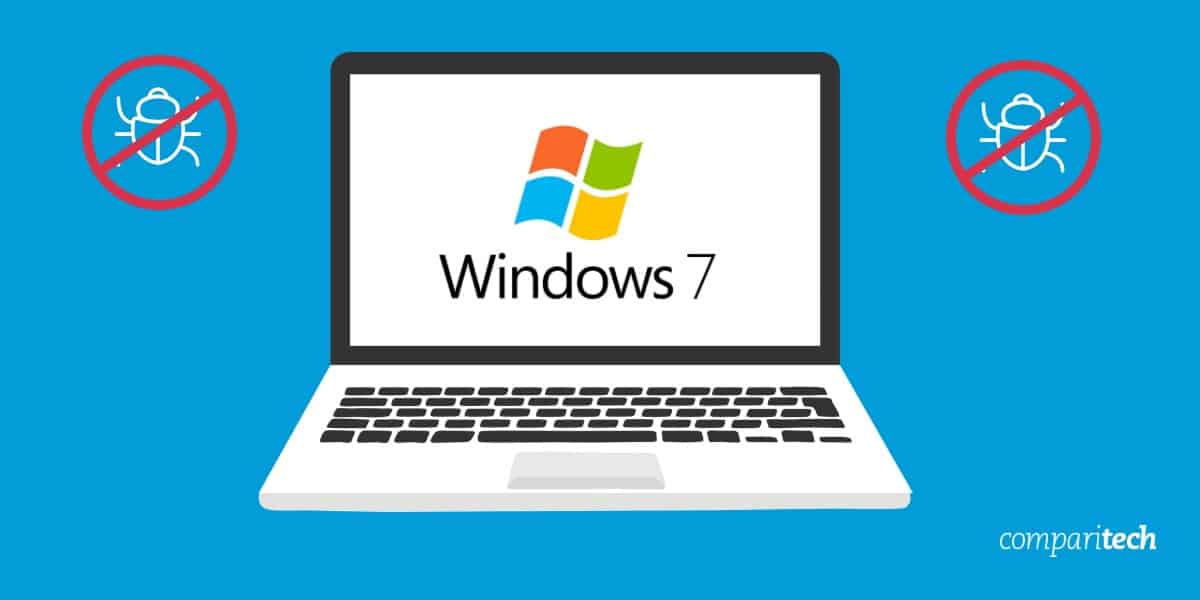 Once support for Windows 7 ends, you’ll no longer get updates for the operating system. Windows Updates often include security patches that plug up vulnerabilities and exploits used by hackers. Any security holes discovered after January 14 will not be patched by Microsoft, leaving users to fend for themselves.

If you’re still using Windows 7 and are concerned about the end of the support lifecycle, this article is for you. We’ll talk about a few solutions to protect your PC from future harm.

Organizations using Windows 7 Professional or Enterprise editions can avail themselves of Extended Security Updates (ESUs) for an additional three years. These are paid updates intended to ease the transition to Windows 10. In the past, ESUs were only available to large organizations that purchased volume licenses, but now ESUs can be purchased for any sized business.

ESUs are sold on a per-device basis through Microsoft’s Cloud Solution Provider (CSP) program. The cost goes up every year.

If your PC runs Windows 7 Home or Home Premium, however, ESUs are not an option.

How do I know what version of Windows 7 I have?

Organizations running Windows 7 Professional or Windows 7 Enterprise can continue to receive support from Microsoft for an added fee and further postpone the end-of-life deadline. If you’re not sure which version of Windows 7 you have, follow the steps below.

Here’s how to find out what version of Windows 7 you have:

When Windows 10 was first launched, users on Windows 7 or Windows 8 were given a chance to upgrade to Windows 10 for free. The deadline for the free upgrade has long past, however, so the only way to upgrade now is to buy it outright.

Microsoft will send you Windows 10 on a USB drive, which you can plug in before booting up to install.

If you don’t want to shell out for a Windows 10 license or ESU, you could opt for an open-source alternative. There are plenty of secure Linux distros out there that probably run on your PC. Most open-source operating systems are completely free.

Ubuntu Desktop is a great entry point for new Linux users. If you want something that’s aesthetically similar to Windows 7, check out Plasma.

Note that Linux-based operating systems like these won’t run many of the apps that work on Windows by default. You’ll have to find alternative Linux-friendly programs or use workarounds to make Windows apps run on Linux. Any open-source operating system has a learning curve and is best suited for the more tech-savvy user.

If you’re not sure whether you want to fully commit to a Linux-based OS, you can partition your hard disk and install it alongside Windows rather than replacing it. This is called dual-booting.

None of the above?

If you insist on sticking with Windows 7, do so at your own risk.

Cybercriminals are well aware that nearly one in three desktop computers still run Windows 7. Once support ends, all of those PCs will be potential targets.

At the bare minimum, we recommend installing a reputable antivirus program and a VPN. Microsoft Security Essentials—the built-in antivirus and security tools on Windows 7—also loses support on January 14. It’ll keep running but will no longer be updated, so it won’t protect from any new malware or vulnerabilities that turn up.

Even if you do get antivirus software and a VPN, there’s no guarantee it will protect you. Antivirus can detect and remove malware after it’s gotten on to your PC, but it can’t plug the security holes in Windows 7 to prevent malware from infecting you in the first place.

Be sure to regularly back up your data in case of disaster. You can back up to a physical device like an external hard drive, or sign up with a cloud backup provider.

In the end, continuing to run Windows 7 without Microsoft support is a risk no matter what precautions you take. The outbreak of WannaCry ransomware, which infected many Windows XP devices past their end-of-life date, is a prime example. Eventually, you’ll have to upgrade or switch to stay secure.