Article 13 of the EU Copyright Directive could have a drastic impact on video game streamers and their fans in Europe, according a recent survey commissioned by Comparitech.
Paul Bischoff TECH WRITER, PRIVACY ADVOCATE AND VPN EXPERT 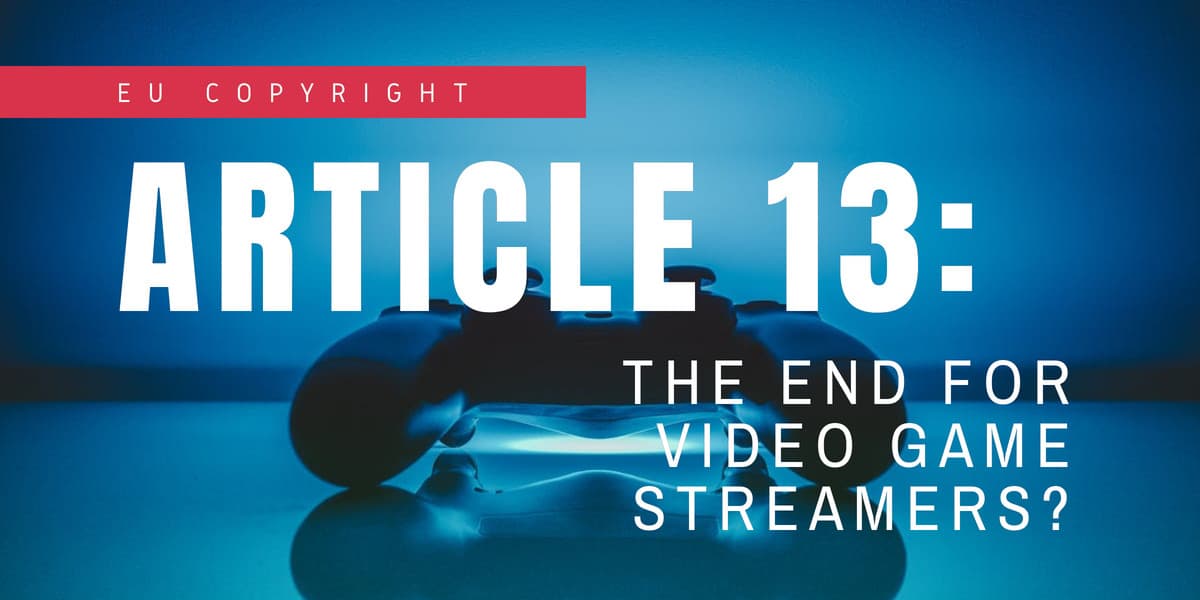 Nearly half of surveyed gamers who stream video of themselves playing video games on Twitch, Youtube, and other video sites say the legal implications of Article 13 would dissuade them from streaming gameplay.

Our survey questioned 1,500 video game streamers in the UK about how they would respond to Article 13 of the recently passed EU Copyright Directive, which mandates content filtering of copyrighted material before it is posted online.

Video game content belongs to the developer and publisher of the game, so streamers and the platforms they use, such as Twitch and YouTube, could potentially be held liable for copyright violations under Article 13 by streaming or uploading gameplay videos without permission.

Key highlights of the survey:

Get a static version of this infographic here.

In March 2019, the European Parliament passed the EU Copyright Directive without amendments, including two controversial articles: Article 11 and Article 13.

Comparitech’s survey examines the potential consequences for gameplay streamers in the European Union under Article 13. The directive stipulates that platforms must proactively filter out copyrighted content before it is posted online. This requirement could well lead to streamers and streaming platforms like YouTube and Twitch self-censoring their content in the EU.

Streamers being held liable for copyright violations after streaming gameplay video is not just a hypothetical threat. In 2015, Nintendo launched its Creators Program, which demanded content creators featuring Nintendo game content register with the program and pay the company 60 percent of their advertising revenue. In 2017, YouTubers playing Nintendo games were hit with copyright claims, and in turn demonetized by YouTube.

Nintendo eventually backed off and ended the Creators Program in 2018 after public backlash, but it demonstrates the profit incentive for large game companies to support Article 13.

Because the Parliament passed a directive and not a regulation, European Union member states have until 2021 to adopt it and decide how they will interpret and enforce the law. That means each country can set its own rules on how Article 13 will be implemented.

More than 5 million Europeans petitioned against Article 13, making it the largest petition in European history.

Although Brexit looms on the horizon, the EU Copyright Directive still applies to streamers in the UK as of time of writing.

Here are some additional statistics about streamers in the UK as per Comparitech’s survey: