We'll show you a workaround for installing Avast Secureline VPN on an Amazon Fire TV Stick, plus a few alternative VPNs for those who want an easier solution.
Paul Bischoff TECH WRITER, PRIVACY ADVOCATE AND VPN EXPERT 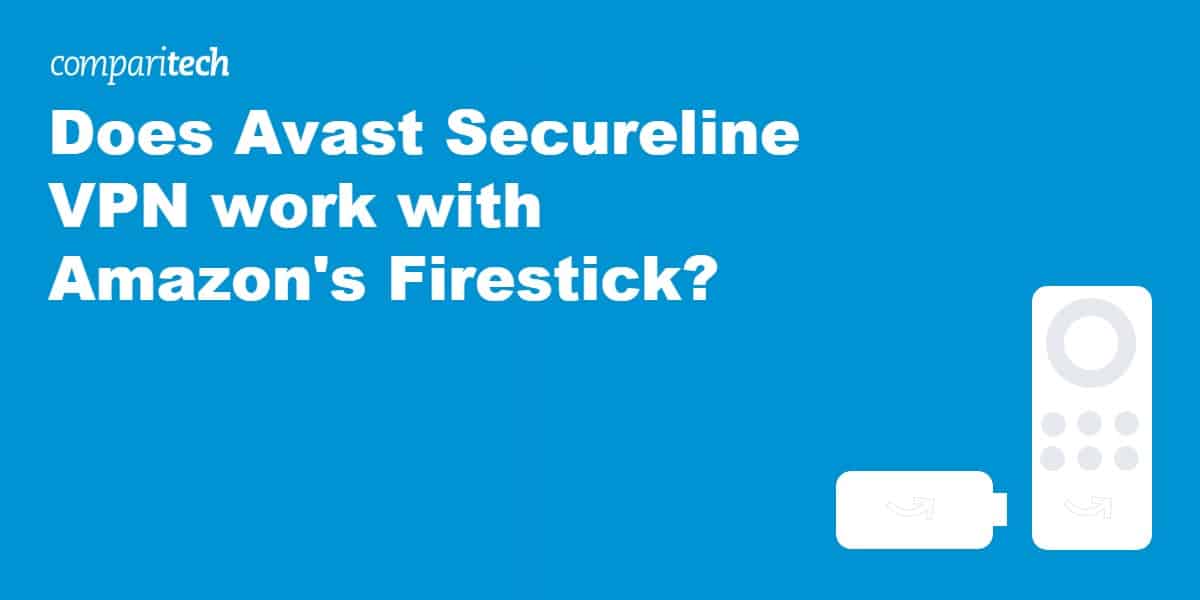 Unfortunately, Avast doesn’t make the Android installation file (.apk) available for download. You have to download the app through Google Play, which means the only workaround requires you to have another Android device handy with access to Google Play. Then you need to move the app from your Android device to the Fire TV. Google Play can’t be installed on Fire TV devices.

And if you thought, “I’ll just set up the VPN on my wi-fi router,” think again. Avast Secureline VPN doesn’t support router configuration, either.

So if none of that sounds appealing to you, we have some recommended alternatives. We’ll go into more detail below, but here’s a shortlist.

We’ll show you how to do the sideloading workaround in this article. But bear in mind that the Android version of the app might not work perfectly on Fire TV, and the app will be designed for a touchscreen interface. So it’s not the prettiest solution.

If you don’t want to spend time fiddling with a janky workaround, you could always opt for a different VPN that does make Fire TV apps, and that can be downloaded directly from Amazon’s default app store. It will be a lot easier and less time-consuming.

We chose the best Avast Secureline VPN alternatives for Fire TV based on the following criteria:

Here’s a detailed look at our picks:

NordVPN is our top recommendation. It makes an app specifically for Fire TV that you can download and install directly from Amazon. Just use the search function on your Fire TV to find the NordVPN app.

NordVPN offers excellent speeds, top-notch security, and a network of servers spanning 60 countries. It can unblock a wide range of streaming services including Netflix, BBC iPlayer, Hulu, HBO Max, and, of course, Prime Video. Your privacy is protected by strong encryption and a no-logging policy. Live chat support is available around the clock.

You can connect up to six devices at a time on a single plan. Apps are available for Windows, MacOS, iOS, Android, Linux, and Fire TV.

BEST VPN FOR FIRESTICK:NordVPN is our first choice. It has everything you need to unblock streaming sites and stay protected on Fire TV. It comes with a risk-free, 30-day, money-back guarantee.

Surfshark offers all of the functionality and speed of Avast Secureline for a fraction of the price. If you need a wallet-friendly option, Surfshark offers cheap plans and allows an unlimited number of devices to connect simultaneously. That makes it a great option for a family or group of housemates. You can use it to unblock Netflix, Hulu, BBC iPlayer, HBO Max, Prime Video, and much more.

Surfshark’s Firestick app can be downloaded directly from the app store that comes built into Fire TV. Just search for it using the magnifying glass icon on your home screen.

Surfshark doesn’t compromise on the security or privacy front. You get military-grade encryption and a no-logs policy.

ExpressVPN is priced slightly higher than some rivals, but if you’re willing to spend a bit more, you can’t go wrong with this VPN. It pegs blazing fast speeds and was one of the first VPNs to make an app for Fire TV. It unblocks pretty much every streaming service you can throw at it including Netflix, Hulu, BBC iPlayer, HBO Max, and Prime Video. Servers are spread across 94 countries.

ExpressVPN offers best-in-class security and stores no identifying logs about its users or their activity. Live chat support is available 24/7 on the provider’s website.

You can connect up to five devices at once on a single plan. Apps are available for Windows, MacOS, iOS, Android, Linux, Fire TV, and certain wi-fi routers.

IPVanish was another early entrant into the Fire TV VPN space. A favorite among Kodi users, IPVanish works with every Kodi add-on we’ve tested. But it also unblocks Netflix and a handful of other streaming sites.

IPVanish offers decent speeds and great security. The provider keeps no logs of your online activity and uses uncrackable encryption to protect your data. Live chat support stands at the ready to help.

IPVanish lets you connect an unlimited number of devices at once, making it a solid choice for a family or group of housemates. Apps are available for Windows, MacOS, iOS, Android, and Fire TV.

AVAST SECURELINE ALTERNATIVE:IPVanish is a solid VPN with an app for Fire TV. It comes with a 30-day money-back guarantee.

PrivateVPN is a smaller provider, but it offers a service competitive with those of much larger players. It makes an app specifically for Fire TV that you can download directly from Amazon.

PrivateVPN unblocks most popular streaming services including Netflix, BBC iPlayer, Hulu, HBO Max, and Prime Video. Speeds are fast enough to watch in HD without buffering, and probably even 4K UHD, depending on the server you use.

Security is strong, too, thanks to beefy encryption and a zero-logs policy.

The apps are simple enough for a novice to learn in a matter of minutes. But if you have any trouble, live chat support is ready to assist. Apps are available for Windows, MacOS, iOS, Android, and Fire TV.

EASY VPN FOR FIRE TV:PrivateVPN offers competitive speed, streaming, and security despite its smaller size. It comes with a 30-day money-back guarantee.

How to sideload Avast Secureline VPN on Fire TV

To get Avast Secureline VPN running on Amazon Fire TV, you’ll need an Android device with access to Google Play and a Fire TV device. Firesticks must be at least 2nd generation or later.

Here’s how to set up Avast Secureline VPN on Firestick:

First, you need to allow third-party apps to be installed on your Firestick: 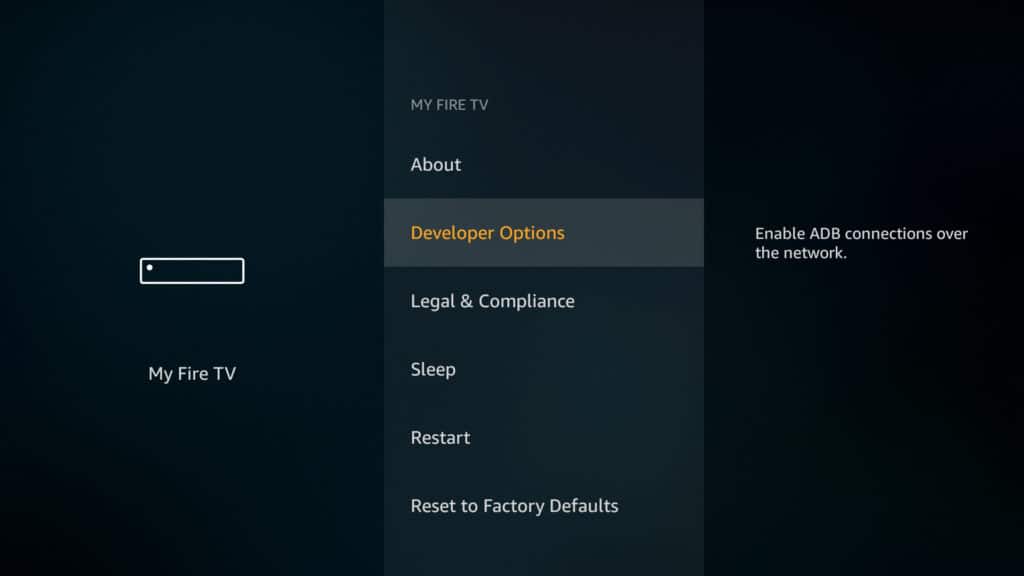 With both your Firestick and the Android device connected to the internet, follow these steps:

You can launch Avast Secureline VPN from the Apps section of the main Fire TV menu.

How to use Avast Secureline VPN on Fire TV

Now you have Avast Secureline VPN installed on Fire TV, but because it’s the Android version designed for touchscreen phones, you might not be able to access all of the app’s features, settings, and menus.

You could hook up a Bluetooth mouse to your Fire TV if you have one. This is the easiest solution.

If you don’t have a Bluetooth mouse, you can use an app to emulate touchscreen input on the Fire TV from your smartphone.

Amazon makes a smartphone app for Fire TV, but it doesn’t give you mouse or touchscreen control. Instead, it just replicates the basic functions of the physical remote control. 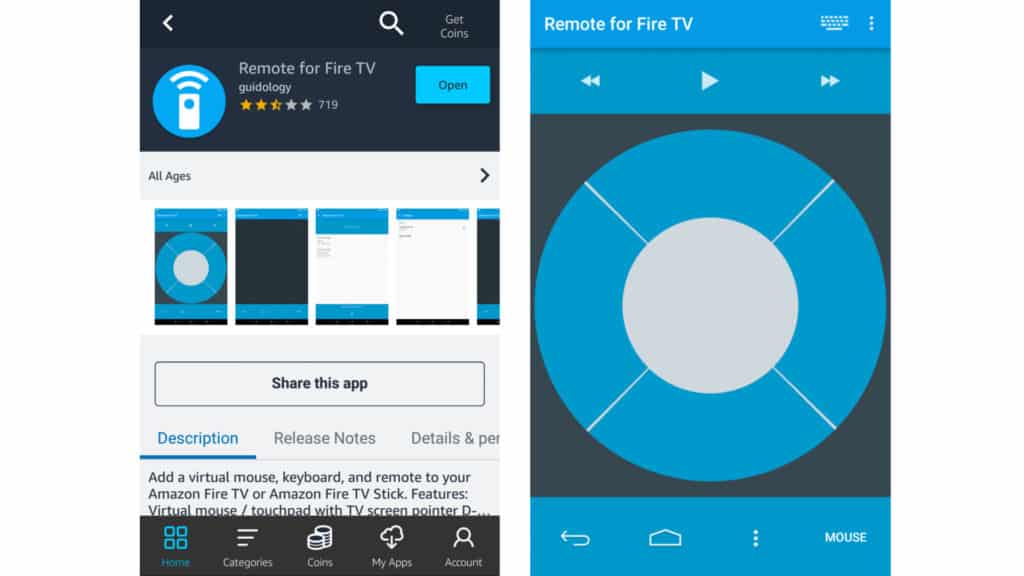 So instead, you’ll have to use a third-party app. I’ve tried a few and found Remote for Fire TV to be the best. It costs two dollars. Be sure to use the one available on Amazon’s app store and not the Google Play version, which is intended for Android TV. Another version is available for iOS but it has terrible reviews and I can’t personally vouch for it.

That’s it! You should now be able to use Avast Secureline VPN with your FireTV, however, you can now see we weren’t joking when we said it was time-consuming. For a quicker solution check out our Firestick VPN alternatives at the top of this post.