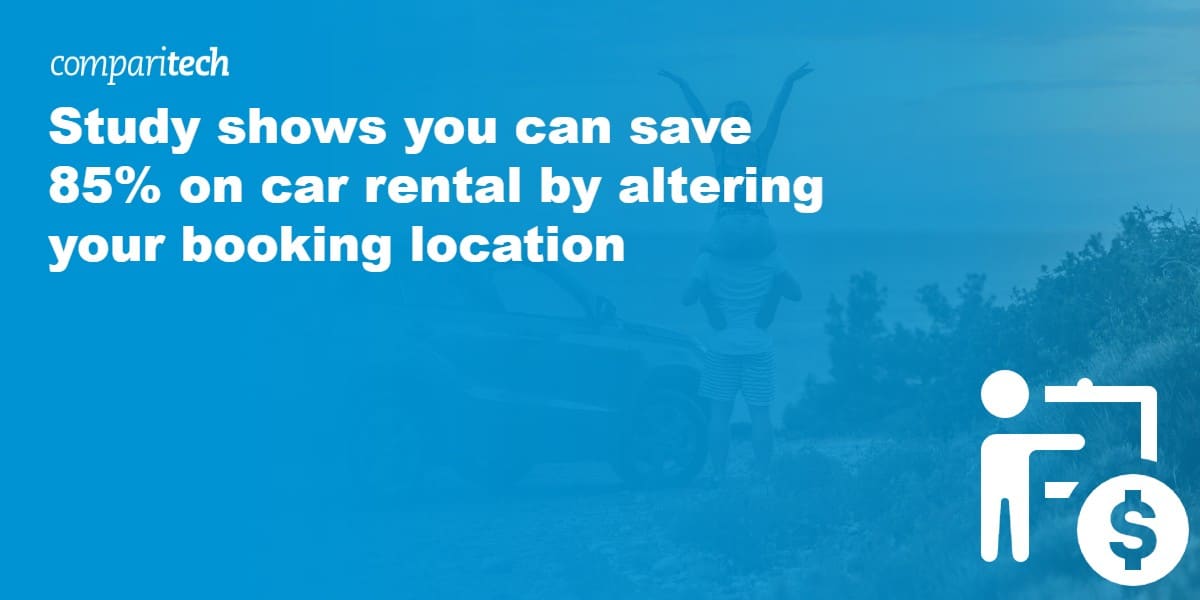 When booking a vacation, we all want to make sure we’re getting the best deal possible. From comparison sites to price alerts, there are a number of savvy ways we can try and keep costs down.

Our team of researchers looked to see if using a VPN to book flights, hotels, and car hire could save you money on your next vacation.

How does this work?

So what did we find?

When it comes to flight and hotel prices, using a VPN to alter your location has little effect – if any. But if you use a VPN to book car hire, you could save hundreds if not thousands of dollars.

We price-checked five car rental bookings across five different companies (Enterprise, Sixt, Hertz, Dollar, and RentalCars.com) in 25 different countries. In many cases, we were quoted different prices for the exact same booking with one provider’s pricing differing by as much as 85 percent.

The car rental bookings we used were:

Are customers from different countries really given different car rental prices for the exact same vehicle?

To see just how much a VPN can change a car rental price, let’s look at how much the ranges differ by location and site. Please note: we aren’t comparing prices by site as different cars and conditions are offered, but rather the range in price differences for each provider. We have also included RentalCars.com so as to feature a comparison site among the other direct providers. (You can see our full methodology for more information on how we conducted our research.)

Now, to explore these differences in more detail, let’s take a look at each individual location.

Booking a rental car from LAX with a VPN

Australia also had the highest quote for our LAX booking when using a VPN for Enterprise. At $1,864.17, this quote was over $730 higher than the cheapest quotes received by a large number of other locations (including the US).

In complete contrast, however, Australia was the cheapest quote for our Sixt booking. Here, quotes varied by $654.42 with the Netherlands and Spain receiving the highest quotes ($1,838.85) and Australia, the cheapest ($1,184.43).

Booking a rental car from LHR with a VPN

For Enterprise, the prices quoted for bookings from London Heathrow Airport do vary slightly, but this can be attributed to currency exchange rate variation. All four of the other providers have higher levels of variation. While these may not be as significant as the bookings for LAX due to the shorter stay and cheaper pricing, we are still left with some significant price differences here.

The biggest difference we see is for Hertz.

Booking a rental car from CDG with a VPN

For our booking at CDG Airport, all of the rental companies show significant price differences (i.e. not ones that can be attributed to currency differences) with three showing differences between $500 and $1,000.

Both Sixt and Hertz have price differences of over 70 percent with both showing the cheapest pricing in Australia and the most expensive in Canada (and the US for Sixt). For Sixt, all of the countries bar the US and Canada had a similar price that varied by just over $100.

Yet, it’s Dollar that has the largest difference of nearly 84 percent. Canada is quoted as having the cheapest car rental option at $390.53 while South Korea has the most expensive at $951.81.

Rentalcars.com and Enterprise had price differences of up to 36 and 23 percent respectively.

Booking a rental car from SYD with a VPN

For Sydney Airport, we get very little variation for Sixt (currency differences only), variations of 26 to 39 percent for Hertz, Dollar, and Enterprise, and a variation of 73 percent for RentalCars.com.

What’s perhaps even more interesting here is that we checked the same car through Enterprise via RentalCars.com, too.

Booking a rental car from DXB with a VPN

Meanwhile, all of the countries we used a VPN in were quoted at least $1,300 more than Brazil’s price.

But it was Dollar at this location that had the largest percentage difference between its prices, quoting the UK $910.35 and a number of other countries $2,165.38. Every other country was quoted $1,044.80.

Why do some car rental prices seem to change with location?

As we have seen, the prices we have been quoted by providers can vary dramatically by location. So, what could be causing this?

Firstly, there’s the instance we’ve just seen in that some companies have different websites which appear to offer different prices. The last time we conducted this study, Dollar.com had hardly any variation for all of the quotes we looked at. However, this time, with its redirection to sites like dollaruae.com, it has significant variations.

Enterprise has separate websites for some countries but will often redirect customers to their “local” website. Last time we ran this study, an Enterprise representative explained the differences we saw:

“Comparing rates from different countries can be misleading as often this means not comparing like with like. For example, in certain countries, it is expected that damage waiver protection will be included as part of the rental price quoted online.

“In this specific case, we tried booking the same rental on our enterprise.com website from a number of locations in Europe, and each time the quote we received was $1033, the same as the rental price from the US. However, when we booked through the local websites, the price was different and quoted in the local currency. This reflects competitor rates in those markets. Customers are encouraged to book their hire car as far in advance as possible to secure the best rates.”

We contacted all of the providers with our new 2022 findings, but, at the time of writing, none of them had responded. If and when they reply, we will update the article with their comments.

Sixt does have a handful of local websites but you aren’t redirected to these from the .com site.

Secondly, dynamic pricing could be at play. This allows them to consider various factors when displaying their prices, including previous rental details, shopping trends, location, and more. In turn, this will allow them to display different price categories to different clientele.

And as we have seen with similar results from the same websites, this could be what is causing the difference in prices for some countries and/or providers. For example:

This isn’t the first time the vast difference in car rental prices has been noted. Back in 2014, the European Commission investigated claims that car prices were different depending on the consumer’s location. And Hertz was also quoted as saying that it intended to “further improve its online booking system to facilitate the ability of consumers to shop for the best deal across [its] websites by early September.”

Prices shown to some customers are wildly different to those being shown to others. And for Enterprise, Sixt, and Dollar especially, there seem to be clear groups of countries that see higher prices than others.

So what location should you book car hire in?

Unfortunately, there isn’t one clear-cut winner across the board. European countries do seem to fare well but may find themselves being charged more in some cases.

Ultimately, you may want to shop around a little more next time you book your car hire. If you’re based in the Americas, switch to a European VPN server to see if that helps bring prices down. And don’t forget to try local sites (i.e. dollaruae.com) as well as the usual .com ones.

The 25 countries we used for the car rental study are the most populated countries where VPNs are available.

Each car rental search was conducted within a five-hour window to try and avoid too much variation, but prices might have gone up or down during these timescales.

All prices were converted into USD so some leeway has to be given when considering price differences due to the varying currency conversions.

Prices noted were the ones given on each provider’s website and may include additional fees. All prices are for the main age group given by the provider (often 30+).

Enterprise, Sixt, and Hertz have some local websites. Enterprise asks you if you would like to be redirected to your “local” website (e.g. co.uk) for a number of websites. In these cases, the prices always seemed to be the same as the .com pricing available if you chose not to be redirected.

It’s also important to note that there are some “local” websites, i.e. hertz.ua (for Ukraine) but this isn’t operated by Hertz and is instead an imitation website. Sometimes, the local website (i.e. Hertz.co.za) only offers pricing for the country the website is based in. Dollar.com and RentalCars.com are always .com-based.