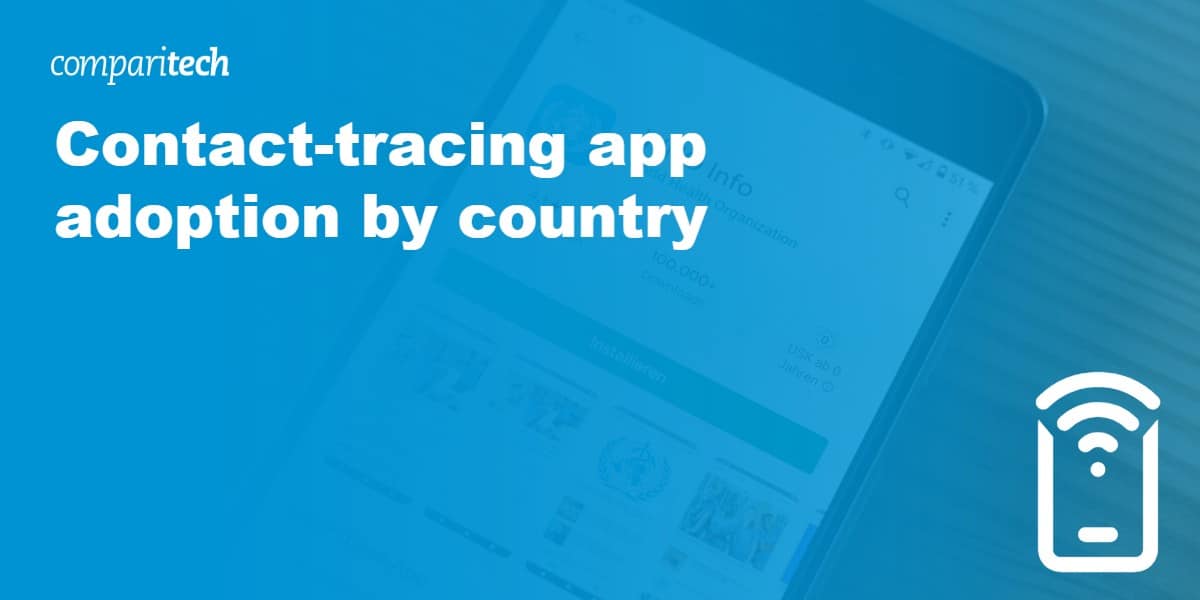 Would you be happy for the government to track your location using your mobile phone?

If someone had asked you this question two years ago, the answer would likely have been a firm “no.” But fast-forward to 2021 and you’ll find that a large chunk of people have willingly downloaded contact-tracing apps in a bid to beat COVID-19.

But just how many people have downloaded these apps and which countries have seen the greatest penetration?

Our team of researchers looked at each contact-tracing app available on the Google Play Store to find out (due to there being no figures for the Apple App Store, the number of downloads for iOS devices available solely on the App Store haven’t been included but have been counted as an app available in that country). It is also worth noting that Apple has developed an Exposure Notification setting for iOS users which doesn’t require an app download but offers the same contact-tracing abilities (if switched on by the user).

A further 21 countries also have an app penetration of over 10%. This includes the United Kingdom where three separate apps have reached an estimated 11,760,828 people, 14.9 percent of the number of cellular subscriptions.

But in the United States, where around 37 apps (a large number have been developed on a state-by-state basis) are in operation, there is just a 2.47 percent app penetration. Just over 10,000,000 downloads have occurred to the 404.58 million cellular subscriptions.

While the above have the largest percentage of downloads to cellular subscriptions, not many have the greatest number of downloads. Rather, the following 10 countries have the highest number of users to have downloaded a contact-tracing app:

COVID-19 app survey: How do people feel about their privacy amid the pandemic?

To find out how the general population feel about their privacy when it comes to combatting the virus, we commissioned a survey of 1,500 people in the US and UK (3,000 in total) at the start of the pandemic (March/April 2020) to find out whether people are more willing to compromise on privacy in order to use such apps.

78% of survey respondents said they would be willing to sacrifice any or some of their usual privacy principles in order to help fight and prevent the spread of COVID-19.

The survey was conducted by OnePoll, a UK-based market research firm. 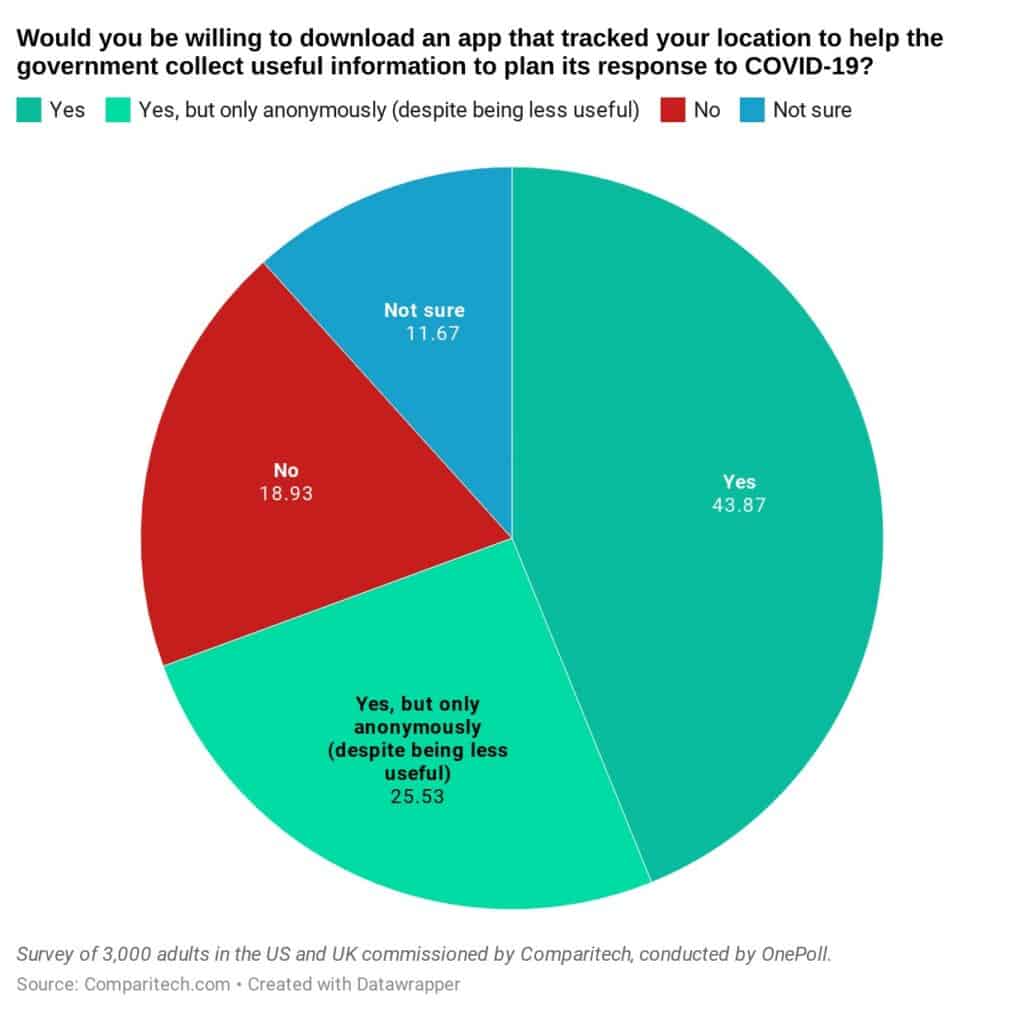 Here are a few key stats from the survey:

The survey results revealed some other interesting trends when broken down by region, age range, and gender.

People living in the Northeast and West regions of the US were, broadly speaking, more likely than the rest of the country to provide apps with identifying personal and location data. Those include hard-hit states with densely-populated cities like California and New York.

Similar variations were observed in the United Kingdom. Respondents in Northern Ireland, in particular, were significantly more likely to give apps personal information and compromise on privacy.

How will contact-tracing apps look in the future?

While contact-tracing apps will, hopefully, become less and less necessary as COVID-19 infection levels come under control through vaccination programs, the development of these apps may continue. As we’re already seeing, the addition of QR codes and other features are becoming more prevalent as governments introduce mandatory restrictions, tests, and vaccinations in order for people to access certain places.

Our researchers searched through government websites and the Google Play store to find all of the contact-tracing apps available at present. The number of downloads (noted at varying levels, i.e. 1,000, 100,000+, and 1 million), were noted as the download figure for this app on Google Play. As Apple doesn’t provide download figures, these were then estimated using the % of users with the Android and iOS operating system on their phone using StatCounter.com.

Where an app was only available on Google Play, the figure quoted on the store was used and no estimate applied. Should an app have only been available on the Apple App Store, no estimates have been created but the app has been logged.

WorldBank data was used for the number of cellular subscriptions in each country: https://data.worldbank.org/indicator/IT.CEL.SETS

In some cases, more than one app is available in each country, meaning there is a chance one user has downloaded more than one of these apps.