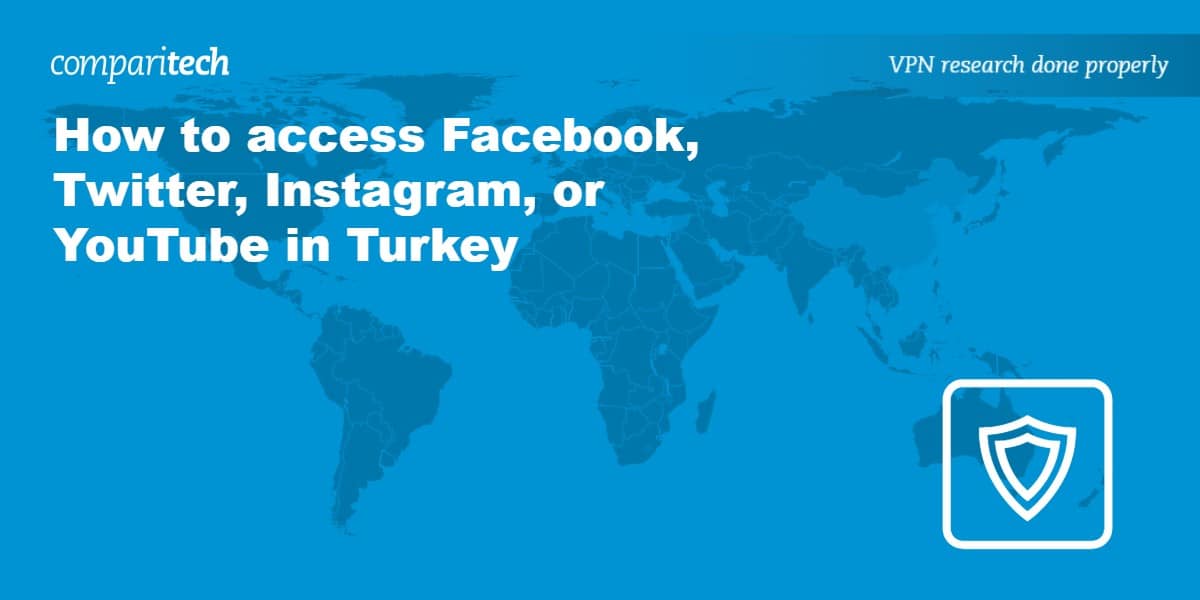 On November 13, 2022, Turkey’s Information Technologies and Communications Authority (BTK) began imposing widespread internet censorship and throttling. It blocked social media accounts and various websites to prevent citizens from accessing information, in an effort to control the narrative about a terrorist attack.

If you are in Turkey and are having trouble accessing social media sites following the bomb attack in the city of Istanbul, you will need to use a VPN. A VPN encrypts your internet data to prevent local network administrators and Internet Service Providers from monitoring what you do online. This allows you to bypass censorship without fear of being monitored. This will let you access unbiased news about the attack from organizations reporting outside of the bubble of propaganda created by Erdoğan’s government.

If you want to regain internet freedom in Turkey and be prepared for any potential future blocks imposed by the government – it is vital to get a reliable VPN subscription.

Here is how to access social media in Turkey with a VPN:

As soon as your VPN connects, your data is encrypted and you will appear to be in the country where you chose a server. We recommend that you connect to a server in the US, the UK, or somewhere in the EU as these countries will all allow you to access news and social media without blackouts.

WANT TO TRY THE TOP VPN FOR TURKEY RISK FREE?

NordVPN is offering a fully-featured risk-free 30-day trial if you sign up at this page. You can use the VPN rated #1 without any restrictions for a month—great if you want to test the VPN to gain watertight privacy and unrestricted internet access in Turkey.

There are no hidden terms to be aware of—just contact support within 30 days if you decide NordVPN isn't right for you and you'll get a full refund. Start your NordVPN trial here.

What caused the information blackout?

Following the suspected terrorist attack that killed six people and injured dozens more in the city of Istanbul, the country’s primary censor has imposed a media blackout.

According to a spokesperson for the Radio and Television Council (RTUK) the media blackout was ordered to “avoid publications that can cause fear, panic, and riots in society or can serve the purposes of terrorist organizations.”

The reality is that this is part of an ongoing policy of censorship used by Erdoğan’s government to control the narrative and prevent citizens from expressing and gaining access to information that expresses dissent.

Since the failed military coup in 2016, Erdoğan’s government has engaged in sweeping internet censorship that prevents Turkish citizens from accessing information that runs contrary to the official line, or that is critical of President Erdoğan and his government.

The recent internet clampdown is a continuation of an ongoing propaganda and information censorship campaign, imposed by the government to maintain Erdoğan’s precarious stranglehold over the nation.

Can I use a free VPN in Turkey?

Yes. However, you must be extremely careful about which free VPNs you elect to use. Many free VPNs that appear on the Google App store, and that are advertised online, fail to provide adequate online security.

Some well-known free VPNs such as HolaVPN do not provide any encryption in their free versions. Your ISP will be able to see that you are bypassing local restrictions. As a result, a free VPN could allow the government to pinpoint you as a person of interest, and you could be labeled as a political dissident.

This is dangerous under the current political regime because Erdoğan’s government is known to actively pursue and imprison people who dare to question or criticize the authorities. For this reason, we urge you not to pick a free VPN at random from the app store.

Many free VPNs have been found to lack encryption, suffer from severe leaks, have app and server vulnerabilities, have weak privacy policies that allow them to track everything you do, sell your data to third parties, and even contain spyware in their apps. These free VPNs will put you at risk in Turkey because they do not provide adequate privacy for your data.

What websites are blocked in Turkey?

According to the latest Freedom House report, Turkey is considered not free. The country rates poorly both for political rights and social freedoms. Erdoğan’s Justice and Development Party (AKP) continues to rule with an iron thumb.

The regime’s ongoing contempt for civil liberties and democratic rights was compounded in 2017. Erdoğan enforced constitutional changes that reinforced his position by centering additional power in the hands of the President.

The government has been using this power to enforce a sweeping crackdown on websites and online content that is critical of the government. As a result, a huge number of websites have been censored by the Information Technologies and Communications Authority (BTK).

With presidential and parliamentary elections due to happen in June of 2023, Erdoğan’s government is doing everything it can to manipulate citizens and control the narrative. To this end, the government is currently in the process of passing a new disinformation bill.

Here’s a list of websites and online resources that the government has previously blocked – and is likely to censor again:

With so many websites already blocked by the government, and the increasing likelihood of turmoil ahead of next year’s elections, it is vital for citizens to arm themselves with a VPN. It will allow you to use the internet without fear of surveillance or losing access to information and the services you use to communicate with friends and family.