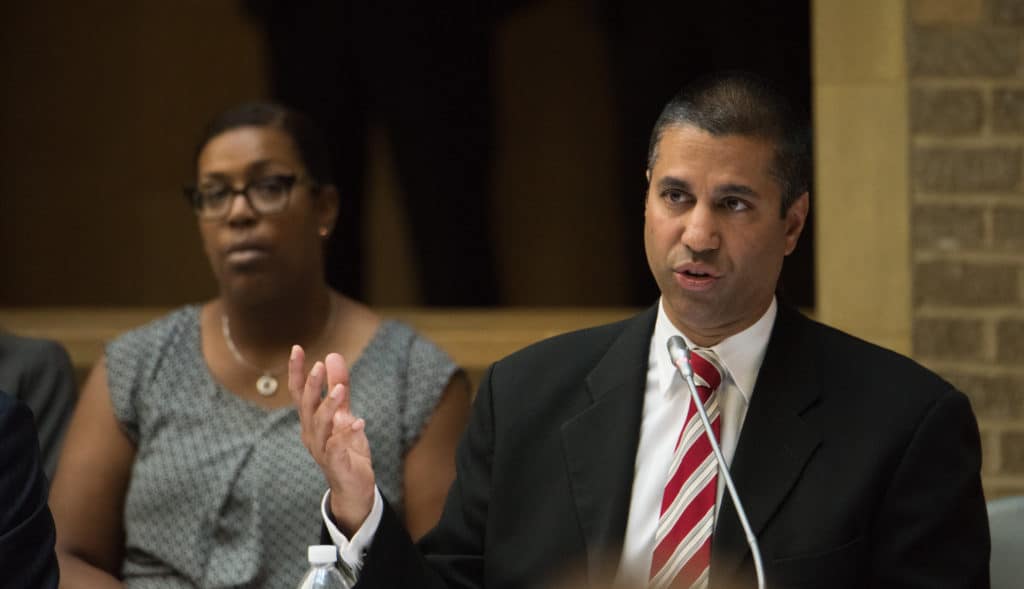 The FCC’s recent decision to repeal an Obama-era rule that classified internet service providers as Title II common carriers dealt a heavy blow to net neutrality. ISPs have always had both the technical capability and business incentive to block, throttle, censor, and/or speed up certain websites and services. Now they have the legal right to do so as well.

The battle is lost, but the war is far from over. Net neutrality advocates will challenge the FCC in the courts and Capitol Hill. But in the meantime, we can expect ISPs to start capitalizing on the repeal. This is the second big political win for ISPs this year; another regulatory repeal earlier this year loosened rules about how ISPs can collect, use, and share customers’ browsing data.

Now that ISPs hold all the cards, VPNs are more important than ever for internet users in the United States. Short for virtual private network, a VPN encrypts all of a device’s internet traffic and routes it through an intermediary server in a location of your choosing.

By connecting to a VPN, your ISP can no longer snoop on the contents of your internet traffic nor where it’s going. All the ISP sees is encrypted data going to and from a server. When it comes to net neutrality, the ISP can no longer discriminate against certain websites, services, or online activities. And when it comes to privacy, ISPs can’t collect any useful information like your web history, purchases, or contents of emails and messages. Likewise, government-led surveillance will have a much harder time tracking your activity and whereabouts.

In short, using a VPN keeps the net neutral and private, at least for yourself.

Hundreds of VPN apps and services litter search results and app stores. Many of them are free. The vast majority are not worth your time.

We strongly recommend using a reputable paid VPN service. Free VPNs tend to lack the necessary security measures to keep your activity private. They might not use strong enough encryption or even no encryption at all. Free VPNs often impose strict bandwidth limits or data caps. Some require users to sit in waiting queues before connecting, and most have a very limited selection of servers.

If that’s not enough to convince you, know that some VPN apps can actually be counterproductive to your efforts to maintain privacy. They might insert advertisements into web pages, inject tracking cookies into your browser, or mine your traffic for personal data that can be sold to third parties.

So skip the free options and pay a few dollars per month to get some real protection. Find a VPN with up-to-date encryption standards, fast speeds, and a strict no-logs policy. Be warned that many VPNs claim to have a no-logs policy on the surface, but in fact the policy has several caveats when you go a bit deeper. While they might not collect the contents of your internet traffic, they could record which websites you visit or your real IP address. This would make them no better than snooping ISPs.

While there’s no guaranteed way to know that a VPN isn’t tracking you or collecting personal information, a VPN provider’s reputation and transparency are often strong indicators. If a VPN has thousands or even millions of customers and no one has ever publicly complained about their information being snooped on or shared with third parties, that’s a good sign.

Comparitech routinely compares and reviews VPNs for any number of use cases. When it comes to net neutrality and privacy, some ideal candidates include ExpressVPN, NordVPN, and IPVanish.

On top of all the benefits described above, VPNs are also popular because they can unblock geographically restricted content. For example, Americans can’t watch Blue Planet II on BBC iPlayer because it’s restricted to residents of the UK. By connecting to a VPN server in the UK, you can “spoof” your location and gain access to all of the BBC’s geo-locked content.

Tor is an anonymity network made up of thousands of volunteer nodes around the world. When you connect to the Tor network using something like the Tor Browser, your internet traffic “hops” through several of these nodes in a random sequence, making it nearly impossible to trace activity back to a single source. Unlike a VPN, a single entity does not control all of the servers.

Tor is fantastic for staying anonymous online, but it has its drawbacks. First off, simply using the Tor network might draw unwanted attention from law enforcement. Tor is frequently used to conduct criminal activity, such as purchasing illicit goods off the DarkNet.

Second, Tor is much slower than a VPN. It’s not suitable for large downloads or streaming video. The available bandwidth is really only suitable for basic web browsing.

Finally, many websites block Tor users. In other cases, Tor users must complete CAPTCHA tests just to access websites. The Tor Browser, which is what most people use to connect to the Tor network, is fairly basic and can’t be easily enhanced with extensions or plugins. This makes web surfing more inconvenient when compared to a VPN.

VPNs won’t fix everything wrong with the internet and the recent lack of net neutrality enforcement. ISPs could theoretically block or throttle connections to VPN servers, although we haven’t yet witnessed this in the United States.

Zero rating and bundling schemes will almost certainly become more common in the years to come. When an app or service is “zero rated”, it doesn’t count against your ISP’s monthly data allotment. If a service is bundled with your internet plan, you receive the service for free or at a discount. Such schemes can seem beneficial to users at first, the cost is ultimately passed onto the customer. Apps and services that aren’t zero rated or bundled are put at a severe disadvantage, stifling innovation and competition. T-Mobile now bundles its service with Netflix, AT&T with HBO, and Sprint with Hulu.

A VPN won’t do much good in the face of bundling and zero rating. In fact, connecting to a VPN while using a zero-rated service can actually be counterproductive as that data will count against your monthly limit.

VPNs are inexpensive services that come with a range of benefits for individuals that pay for them. They are 100 percent legal in the United States and most other countries. But if you really care about privacy and net neutrality on a grander scale, then join the fight and start calling your legislators.