Onion over VPN setup and how to use it safely

We'll show you how to set up onion over VPN, as well as the benefits, disadvantages, network flow, and alternatives to Tor over VPN.
Paul Bischoff TECH WRITER, PRIVACY ADVOCATE AND VPN EXPERT 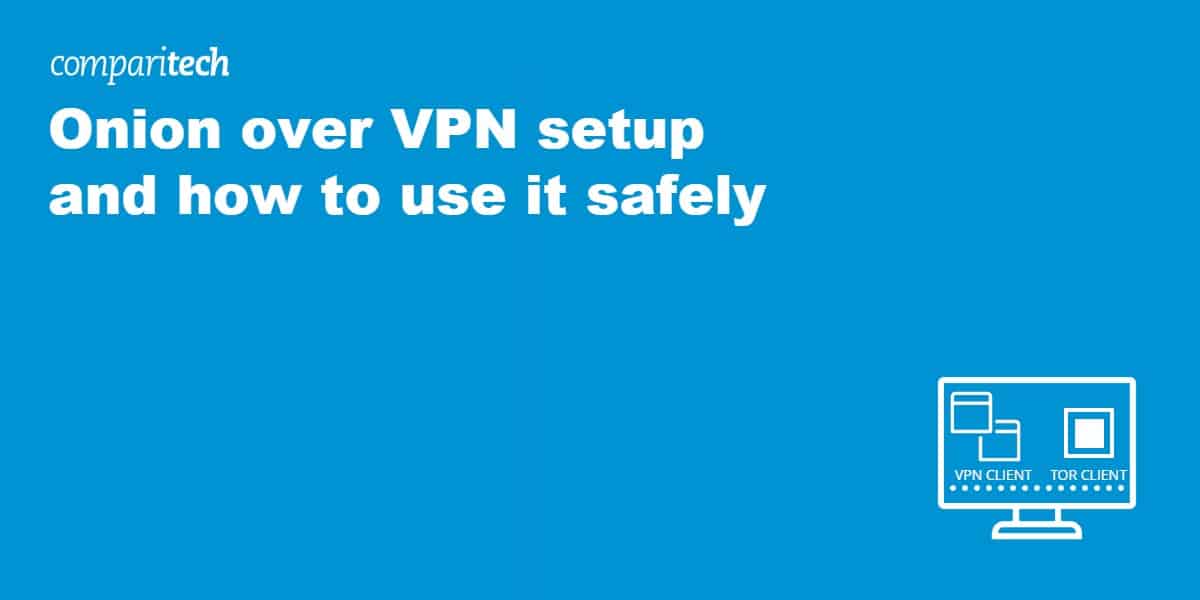 Onion over VPN is the phrase used to describe a setup in which you use both a VPN and Tor simultaneously. Also called Tor over VPN, it offers many security and privacy advantages over using either of the two tools alone.

An Onion over VPN setup requires just three things to get set up:

We’ll explain the benefits, disadvantages, topology, and alternatives to Onion over VPN below. But if you just want a quick tutorial, here’s how to set up Onion over VPN:

And that’s it. Really! You can now benefit from the combined anonymity, security, and privacy of both Tor and a VPN.

Why use onion over VPN? Pros and cons

But, there are also some drawbacks:

When using Tor over VPN, your outbound internet data flow looks like this:

For inbound traffic, the flow is as follows:

A few VPNs come with built-in support for onion over VPN, which means you don’t need Tor browser to get it set up. Just connect to a Tor over VPN server and you’ll be good to go.

Some VPNs that offer onion over VPN servers include:

Note, however, that such a feature has its pros and cons.

On the plus side, you can now use any application with Tor, not just Tor browser. Configuring individual applications to use Tor can be a pain, so having it built into the VPN is definitely convenient.

On the downside, the VPN provider could hypothetically analyze your traffic before it’s encrypted by the Tor network. Be sure to choose one with a no-logs policy. You also don’t get the other benefits of using Tor browser, like script and tracker blocking. If you opt to use your normal browser, websites could still identify you through stored cookies and other identifiers.

Onion over VPN vs VPN over onion

An alternative to onion over VPN is VPN over onion. It switches up the flow order, swapping Tor and the VPN. Although it might seem similar at first glance, it usually serves a very different purpose and comes with different pros and cons. Setting up VPN over onion is more difficult and beyond the scope of this article, but we’ll contrast it with onion over VPN:

Generally speaking, onion over VPN is much easier to set up and offers more utility than VPN over Tor, but both have their place.