In this post, we provide an overview of every menu available in the pfSense web configurator after a default installation, with screenshots.
Marc Dahan Specialist in online privacy 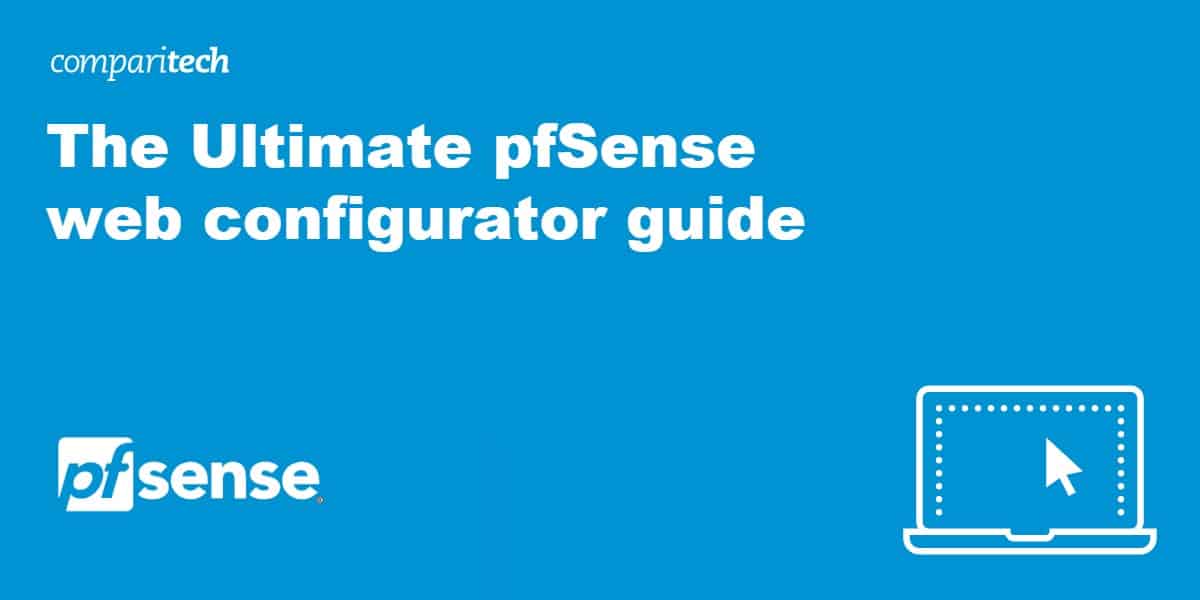 If you’re new to pfSense, the sheer number of menus in the web configurator can be intimidating, and you may also be wondering what a few of them are for. That’s why we put together this pfSense web configurator menu overview. It lists all of the menus found in a stock pfSense installation and provides a brief overview of each of them, with screenshots (IP and MAC addresses are blurred).

To access the pfSense webconfigurator, open a web browser on a computer connected to your firewall and enter https://[your LAN IP address]. By default, it is 192.168.1.1. Enter your username and password in the login page. The defaults are admin/pfsense, respectively. Once logged in, you’re taken to the pfSense Dashboard, which displays useful high-level information about your firewall.

Two widgets are displayed by default: System Information and Interfaces. You can add more by clicking the + icon at the top right. 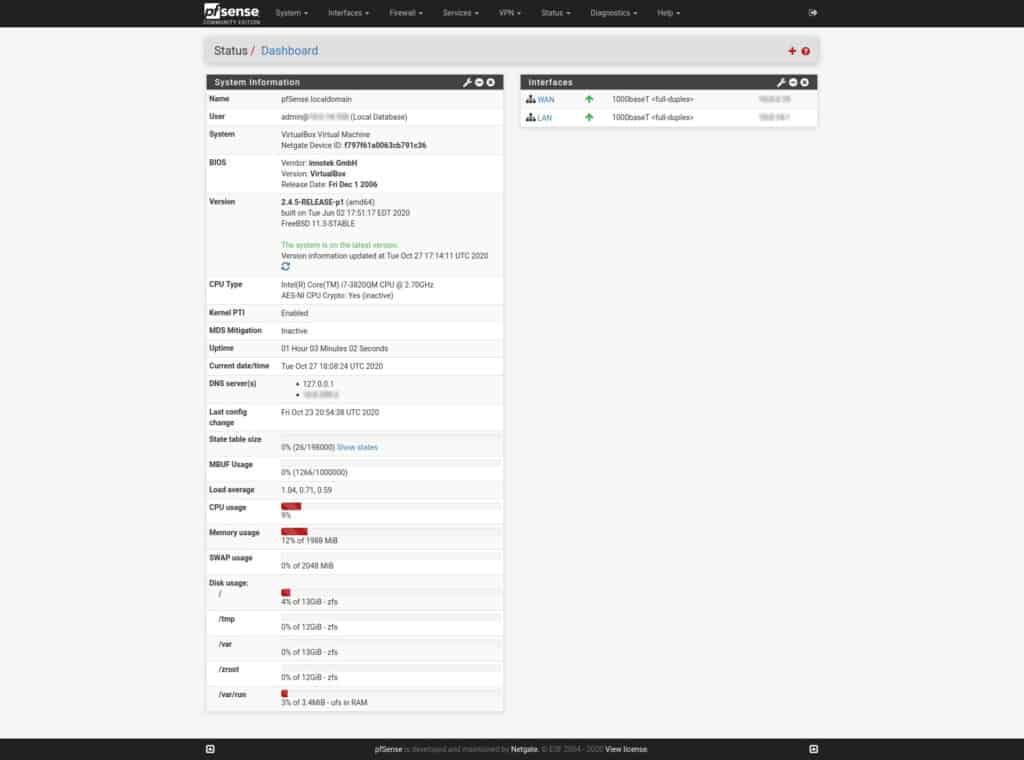 At the top of the web configurator are eight menus:

It is through these eight menus (and their submenus) that you can configure all of your pfSense firewall’s settings. We’re going to look at all of them.

The System menu encompasses pages dedicated to configuring the pfSense system itself. That means things like configuring access to the GUI, setting up routes and gateways, managing users, setting up failover (requires multiple pfSense firewalls), updating the system to the latest version and managing optional packages, among other things.

The Interfaces menu is where you can configure the active interfaces on your system. Each physical network card present on your system is considered an interface, and can host a network segment (a subnet, such as your LAN – 192.168.1.0/24). Certain services, like VPNs, can also create virtual interfaces (implemented by software), which can also host a network segment. All interfaces, whether physical or virtual, are managed from here.

The Firewall menu enables you to configure elements pertaining to the firewall’s behavior as it transfers packets over the network. So things like defining aliases, configuring NAT and firewall rules, and traffic shaping, among other things, are done from here.

The Services menu, as its name states, is where you can manage the various services running on your pfSense system. So things like the Captive Portal, DHCP Servers or Relays, DNS Forwarder and Resolver, Dynamic DNS, etc., are all configured and managed from the Services menu.

The Status pages display status information on various services running on your pfSense system. You’ll find many of the same submenus in the Status menu as in the Services menu. But while the Services menu allows you to edit the services’ settings, the Status menu provides status information on the configured services. Some pages may be empty depending on your configuration and the services running.

The Diagnostics menu contains tools that allow you to troubleshoot, test, and measure your system’s performance. It’s also where you can perform local configuration backups and restores, as well as edit system files, restore the system to factory settings, and reboot and power-off pfSense.

The Help menu provides you with additional resources to learn about pfSense.