Best VPNs for Viber and some to avoid 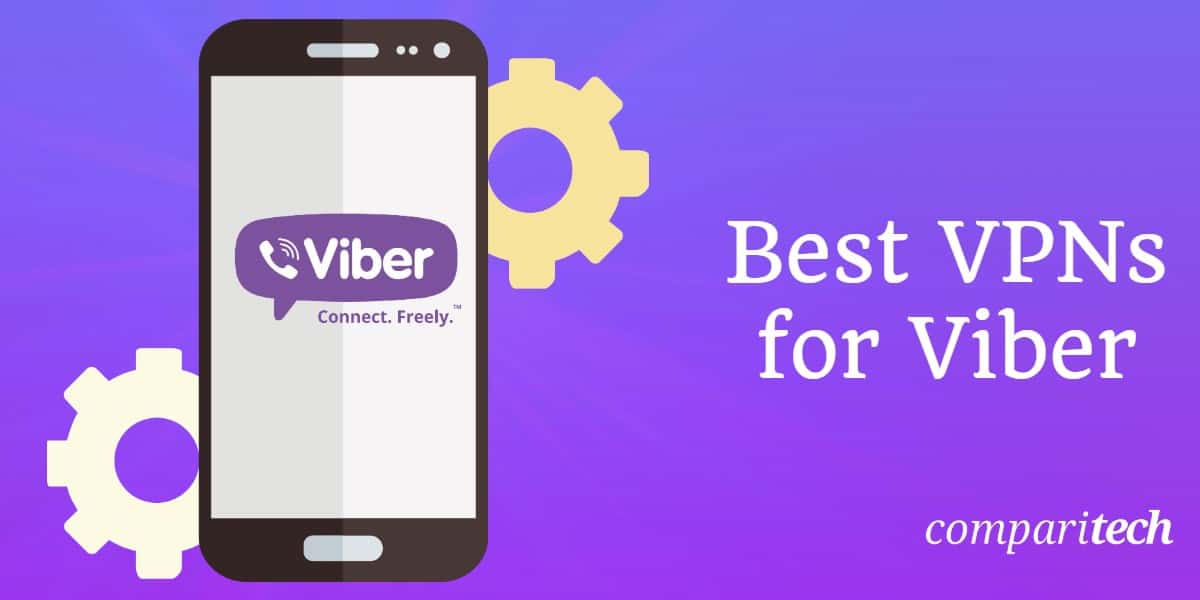 This guide will cover the best VPNs for Viber so you can access it in restricted countries such as China, Qatar, Saudia Arabia, Egypt and the UAE.

Viber is a popular chat app that boasts upward of 250 million users spread across 193 countries. People use it to stay in touch with friends and family across the world – the app was also one of the earliest messengers to introduce the now ubiquitous free call feature.

Some governments, however, restrict citizens from trying to access Viber. In China, for example, the service is banned outright. Other countries, notably in the Middle East, simply block the VoIP feature. In this article, we’ll teach you how to circumvent these barriers and gain the full Viber experience.

The most efficient way to overcome geo-restricted access is by using a Virtual Private Network (VPN). VPNs work by encrypting all the internet traffic flowing to and from your device and tunneling it via a remote server outside your current location. This way your identity is hidden making it very difficult for nosy surveillance agencies or hackers to figure out what you’re doing on the web.

We cover the providers that we suggest below in some detail, but if you only have time for a quick overview, here is our list of the best VPNs for Viber:

What’s the best VPN for Viber?

In this section, we’ll discuss a few VPN services that seamlessly work with Viber. They’re judged on the following factors:

These VPNs will also unblock Skype and many other services.

ExpressVPN offers impeccable standards, an unwavering commitment to privacy and security, and fast speeds. There’s a neat and user-friendly interface that’s easy to set up making it an excellent choice for both pro and beginner users.

Subscribers will be spoilt for choice with the 1500+ servers spread across 94 countries. Encryption standards are similarly strong – all servers use the OpenVPN protocol, 256-bit AES encryption, 4,096-bit RSA keys with perfect forward secrecy, and SHA512 authentication.

At the same time, the company has a stated policy of not retaining any traffic logs whatsoever. The only tiny bit of metadata retention relates to the date (not time) when connected to the service, choice of location, and total bandwidth used. Your individual IP address will not be recorded.

An additional factor is that the service includes both DNS servers and DNS leak protection as standard options. There’s also an internet kill switch – this will temporarily halt all traffic if the connection drops out of the blue.

It has apps for both Android and iOS as well as desktop support for Windows, Mac OS, and Linux (command line).

BEST VPN FOR VIBER:ExpressVPN is our top choice. Reliably works in countries that restrict access to Viber. Unblocks all major sites and apps including Skype. Offers extremely fast connections and servers in a huge range of countries. Try it risk-free with a 30-day money back guarantee.

NordVPN may not have the most aesthetically pleasing user interface but that shouldn’t distract you from the fact that it delivers well on its core product. There are fast speeds and stringent encryption. The company itself has been around for over a decade – a testament to the quality product it offers.

NordVPN is similar to IPVanish in the sense that it continues to embody a zero-logs policy. This means it does not store any information about user sessions, traffic, or timestamps.

This policy has served it well in the past – it’s been approached by government agencies to hand over customer data but there simply wasn’t anything on its servers that could incriminate users. Users in the Middle East can breathe a sigh of relief.

When it comes to server options, there’s a hefty 1094 of them spread across 61 countries – more than enough to find one that’ll unblock Viber. NordVPN also works with many online streaming services including Netflix, Hulu, and BBC iPlayer so you can use the paid subscription for multiple purposes.

BEST BUDGET VPN:NordVPN is a good all-rounder. A great value option which works reliably with Viber. Solid privacy and security. Connects up to 6 devices simultaneously. 30-day money back guarantee.

Here’s our in-depth review of NordVPN.

CyberGhost is a reliable VPN that’s relatively cheap and should appeal to beginner users who aren’t looking for a ton of options. The core product is set up well – there’s a significantly large number of server locations, speed tests are up to scratch, the interface is easy to navigate, and privacy standards are stringent.

The company is incorporated in Romania and isn’t subjected to any mandatory data retention laws. It also has an internal policy of not storing user logs or data of any nature. But this might change – CyberGhost was recently acquired by a firm headquartered in the UK. We’ll update this article if we notice any amendments.

With over 1,000 servers spread across 27 countries, there’s a large network to help you unblock Viber whenever you need it. Apps are available for both Android and iOS as well as desktop support for Windows and MacOS.

Here’s our full review of CyberGhost.

IPVanish is another premium VPN that doesn’t skimp on speeds, privacy, or encryption standards. It’s reliable and also allows for anonymous signups if users are wary of handing over personal details.

Privacy advocates will be pleased with the fact that it doesn’t store any user information at all. The one and only time there’s some retention is when an account is registered for the first time. After that, all data is removed from the cloud.

With over 850 servers spread across 60 countries, a suitable connection is never out of reach.

VyprVPN ranks well with users who like secure encryption protocols – its proprietary tech is world class. The company is also quite a mature provider, having been around for several years, giving it a degree of legitimacy. It’s one of the few services able to unblock China’s Great Firewall.

Over 700 servers to choose from are spread across the world. Apps are available for both Android and iOS as well as desktop support for Windows and MacOS.

Follow these steps to unblock Viber if government restrictions are in play:

Should I use a free VPN with Viber?

Some users might be tempted by the option of using a free VPN but these only give you a fraction of the same standards that paid options offer.

That’s because these services are largely freemium – they’ll want you to sign up for the full plan (which requires a credit card or some other form of payment). Even if a VPN is free outright, it won’t invest in high-quality servers and robust encryption standards. At the same time, it’ll monetize by inundating you with invasive advertisements and might also unethically insert tracking cookies, mine your data, and sell it.

In a nutshell, free VPN services routinely impose data caps, bandwidth throttling, and just one or two server locations. You might be able to send and receive text messages but forget about rapid file transfers or audio calls.

If you’re unsure about whether you need a VPN at all, we recommend you read through our list of the ones with a free trial.

If you’re trying to access Viber from a location that blocks it by default, you want to be reassured that your privacy and data won’t be compromised. There’s a reason why your ISP has restricted access in the first place – some governments don’t like VoIP services and you don’t want to cause trouble. The problem sets in when VPN companies don’t zealously safeguard user privacy–when they willingly hand over data.

Here’s an example of a VPN provider that we believe you should run away from:

Israel-based Hola had a massive legion of fans at one point, propelling it to a community of almost 50 million users. But the company chose to leverage this critical mass for nefarious purposes specifically by turning the users into a massive botnet.

If you were a Hola user at the time, a part of your bandwidth was illegally bifurcated to engage in attacks on other sites, distribute copyrighted content, and pornography.

Can I use Viber in the UAE or Middle East without a VPN?

Many governments in the Middle East including Qatar and the UAE block the use of VoIP services. So while Viber instant chat might work, you definitely won’t receive the full experience. At this point in time, there isn’t any possibility of using all of Viber’s services without a VPN. If you’re looking to do that then we think you should sign up for a premium, paid service in order to avoid data loss or potential breaches.

Where is Viber blocked?

Here is a list of countries that have restricted access to Viber, either partially or fully. Please note that regulations are subject to change so this list shouldn’t be treated as a definitive resource.