Considering getting Windscribe VPN? Now is a great time to do so, thanks to the 2021 Windscribe Black Friday Deal. We explain more about Windscribe VPN and just how much you can save.
Mark Gill TECH JOURNALIST, VPN AND PRIVACY SPECIALIST

Windscribe is a smaller VPN provider with a few hundred servers across more than 60 countries for unblocking content. It offers respectable speeds and won’t throttle your bandwidth. Furthermore, if you’re particularly concerned about protecting your online privacy, Windscribe may be the VPN for you. Like many VPNs, Windscribe has a Black Friday deal, so there’s never been a better time to get it at an unbeatable price.

Windscribe Coupon
$4.08 per month for the annual plan
Get Deal >
Discount applied automatically

A standard monthly subscription with Windscribe costs $9 (GBP £6.75) a month. However, you can save 55 percent by opting for the yearly plan. Billed as $49 (GBP £37.76) every 12 months, the discount works out at just $4.08 (GBP £3.06) a month—a significant saving. While a free plan is available, this is very limited in terms of data (only 10GB a month) and server locations (just 10 countries). As such, the paid yearly plan is particularly good value but remember that this Black Friday Deal won’t last forever. 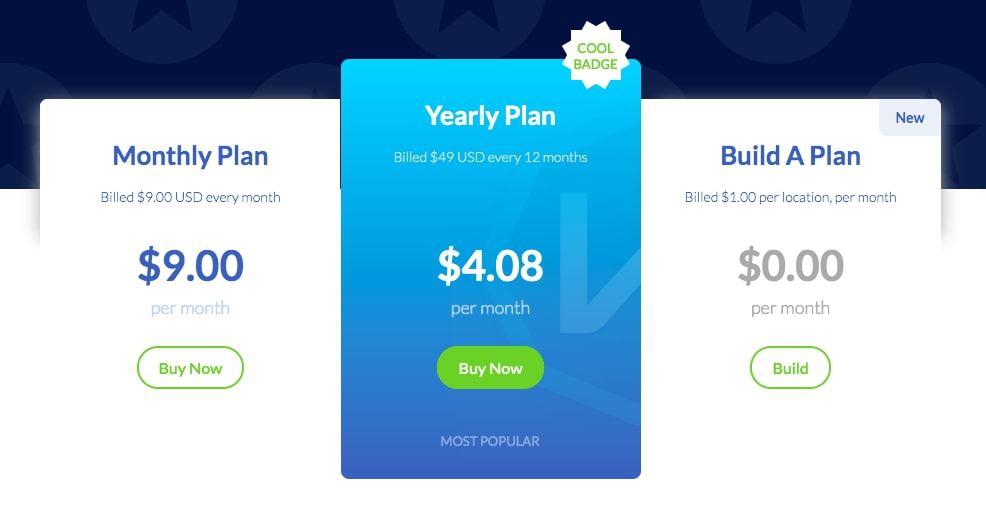 Why should I buy Windscribe on Black Friday?

You should buy Windscribe on Black Friday because that’s when you can get the best value for money. As with many products and services, VPNs compete with each other on one of the busiest shopping days of the year. They do this in the form of Black Friday deals, which provide you with the chance to make a substantial saving. Windscribe is no exception and, unlike many VPNs on the market, offers decent speeds and a high level of security.

There are many different Black Friday VPN deals available, which can make it a challenge to come to a decision about which VPN is best for you. For this reason, we’ve analyzed and tested dozens of VPNs before compiling a list of the best Black Friday Deals of 2021 to save you some time (and money).

Why should I choose Windscribe?

Windscribe has servers in more than 60 countries—more than many other VPNs on the market. This allows you to access a wide range of geo-restricted content. Indeed, this VPN service works well with Netflix US while the consistent connections (there’s no bandwidth throttling) are more than capable when it comes to streaming as well as torrenting. Better still, Windscribe lets you connect an unlimited number of devices simultaneously. As such, it’s one of the best VPNs for families to share.

The security and privacy protection offered by Windscribe is impressive and allows you to browse and stream anonymously. In particular, there’s 256-bit AES encryption, a kill switch, and DNS leak protection. Unlike some VPNs, it even offers an ad blocker. It also doesn’t keep any logs by which you can be identified. So there’s no collecting of your browsing history or source IP address.

Windscribe provides native apps for most major operating systems, and also has the option of browser extensions. The apps are simple to use even if it’s your first time using a VPN. Of course, if you do encounter any issues, you can always get in touch with Windscribe’s live chat and email support. If you need a little time to test Windscribe, note that it offers a three-day money-back guarantee.

If you take up the Windscribe Black Friday deal, you’ll gain access to an impressive array of features including the following:

What about Windscribe’s Cyber Monday deal?

Many of the Black Friday VPN deals start early (some several weeks before Black Friday even arrives) and then run into Cyber Monday. While we’ve contacted Windscribe to ask about their Cyber Monday deal and whether it will be the same, this information isn’t available just yet. However, we think it’s a fairly safe bet that there will still be some kind of promotion. Of course, if you really want this deal, it’s best not to wait too long just in case.

Windscribe Coupon
$4.08 per month for the annual plan
Get Deal >
Discount applied automatically