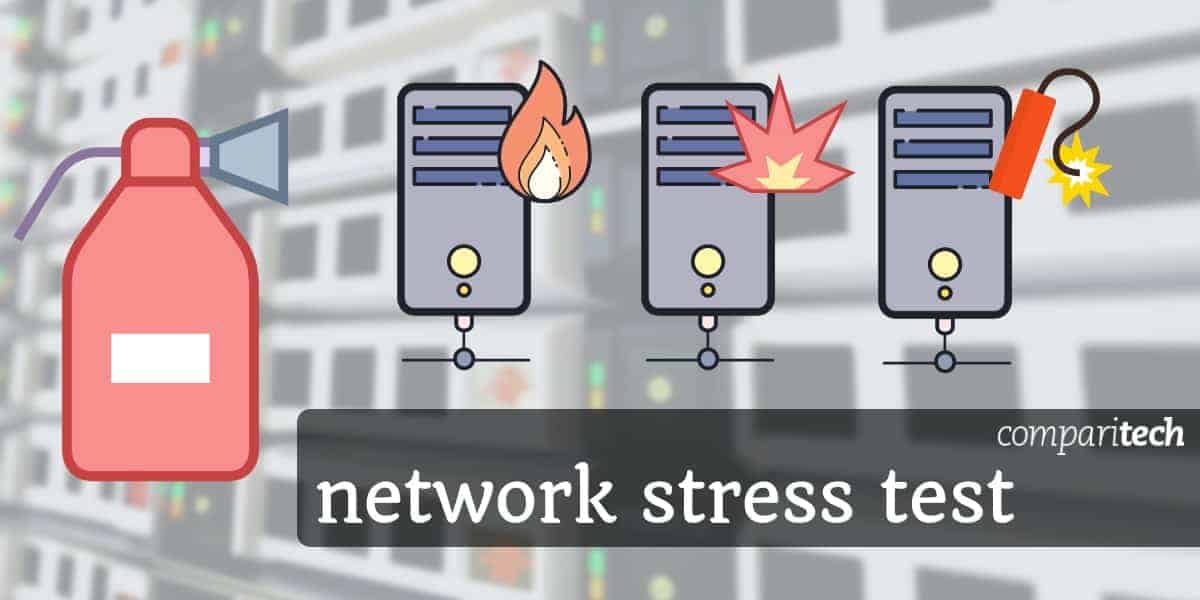 What is network stress testing?

Stress testing of a network is the practice of deliberately and intensely testing it by overloading it with all – or as many as possible – protocols (TCP, IP, UDP, and ICMP, etc.) and data types (audio, video, image, etc.).

This kind of testing, which is also known as “torture testing” involves pushing networks beyond their normal operating capacities, to find their breaking points. It is meant to find their limits and also to observe their performance (or deterioration) as they approach these extremes.

Based on these observations, the network’s designers or administrators can strengthen the weak points, clear bottlenecks, or replicate optimal strengths.

Why would you want to stress test your network?

Modern networks are usually efficient digital structures – built with the help of software and hardware – that securely connect electronic devices. We say “usually” because, depending on the number of devices that need to be connected, and the amount of data that is transported across it, a network could reach its limits and even end up being overwhelmed. If this data overload, or “stress,” continues to grow it could bring the whole network to a grinding halt.

That is why we need network stress testing – both to prevent crashes as well as discover any weak points before they cause them.

There are many reasons why a business or an administrator would want to perform stress tests on a network. Some of these reasons are:

The businesses, therefore, pre-stress test their networks to see if they can prevent possible disasters.

In fact, there are real-life examples of networks being brought down because of the sheer amount of traffic surges that had not been planned for:

With stress testing, these companies would have had at least had an idea of what their networks were capable of and perhaps been proactive enough to either improve their capacities or used other preventive measures.

What causes stress on a network in a business environment?

As we have just seen, external traffic can wreak havoc on a business’ network. But then again, the same businesses, especially big ones or those that primarily deal with data transfer and storage, usually see a major part of their network resources put under stress due to their internal business processes.

Apart from these data transfers, which are expected, there are certain data types that could cause even more stress on their network. These data types include media files and performance- or time-sensitive online transactions which are treated as “VIP” priority packets that need to be handled with more care – at the cost of other “lesser” data types. Without Quality of Services (QoS) implemented on the network, it is an invitation for disaster. 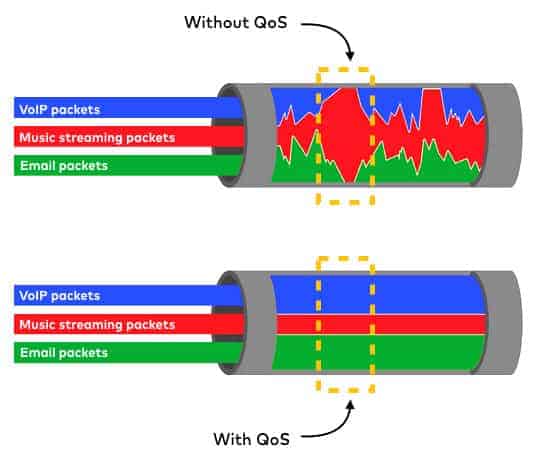 The picture becomes complete when you throw in security devices and software solutions like Intrusion Prevention Systems (IPS) and Intrusion Detection Systems (IDS), routers, and firewalls – all of which need a fair share of a network’s limited resources. It becomes quite evident that the network will soon become too crowded and result in it being stressed.

How is network stress testing done?

There are two ways to do network testing:

You can stress-test your network by issuing commands using a command prompt. For, example, on a Windows machine you would test it using the following steps: 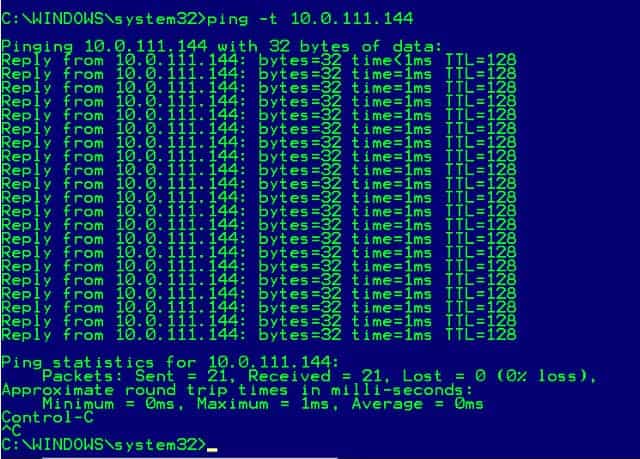 In the example above, the target device’s address is 10.0.111.144 and the ping command is executed continuously (because of the “-t” option) until it is stopped using the CTRL+C command.

The response tells us:  the target host is online (because it is replying), the size of the packet that was sent to it (32 bytes), the response time (1ms), and the time to live or TTL after which a timeout would occur (128ms). 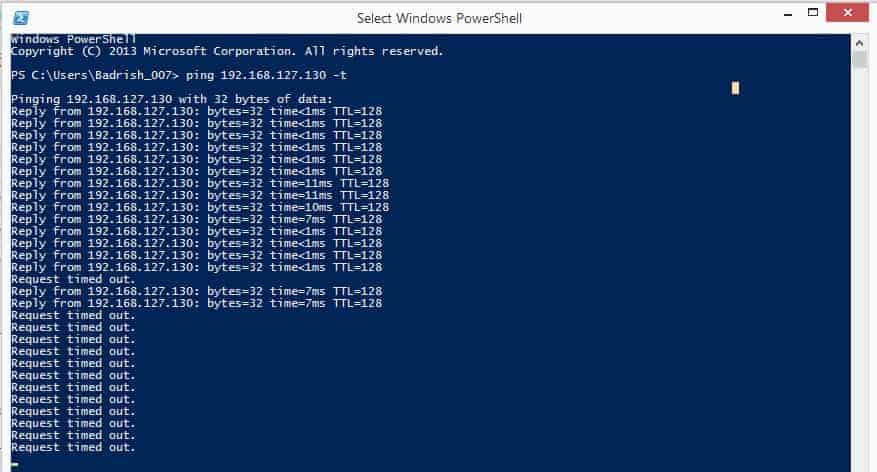 The manual method we have just seen will be able to give a general idea of what the limits of a network are and which devices on it are on- or offline. However, the information would be very vague and incomprehensible to non-experts.

The solution would be to go full-digital and use special applications that were specifically created to give more accurate information. One such software is SolarWinds WAN Killer Traffic Generator. 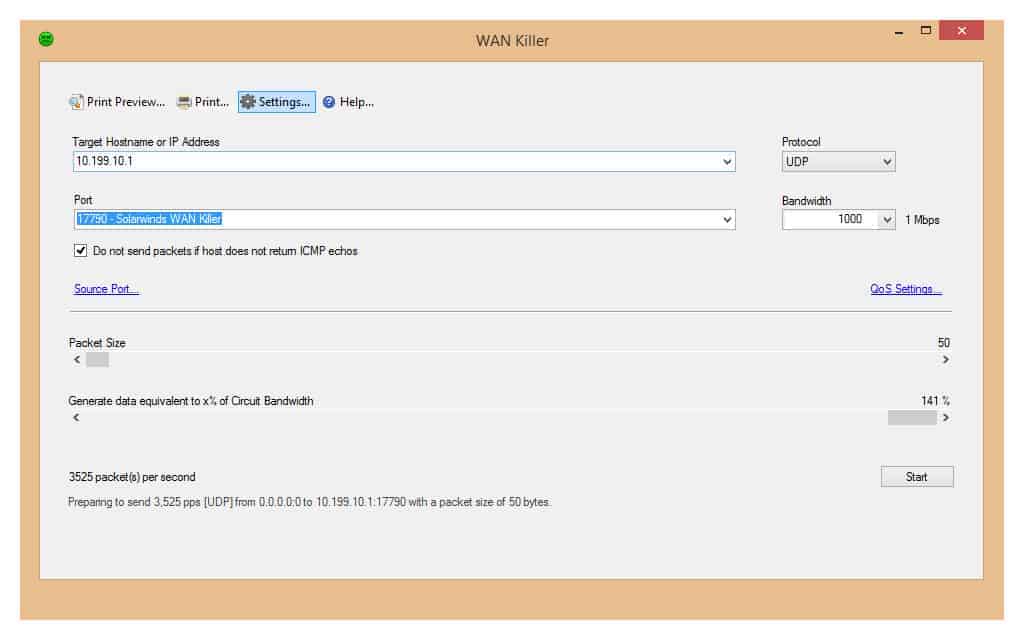 Here are some details about this comprehensive suite of network diagnosis, monitoring, discovery, and administration tools which is considered to be one of the best ones on the market today and is available for evaluation on a 14-day free trial.

What can it be used for?

The Engineer’s Toolset is a suite of desktop applications that is used for tasks like managing configurations, bandwidth, and network performance. It can also be used to scan networks and discover connected assets and the occurrence of failures or bottlenecks in the data flow. 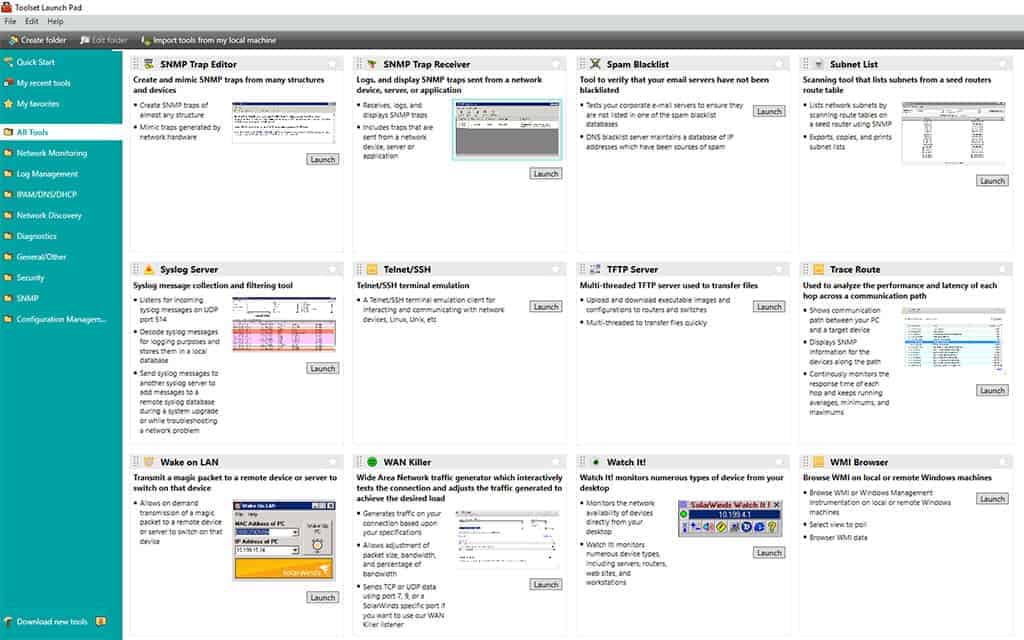 How does it work?

Once you have the suite set up (PDF), all you need to do is:

That is all there is to it; the network (both WAN and LAN) can be a hybrid of cables, routers, and firewalls, as well as any gadgets that are connected to it – WAN Killer, will soon have a complete picture of it.

The tool tests the network by sending out random traffic that can be aimed at a specific target host or a number of hosts. Further configuration can be done to define sizes of packets to be sent out, the port numbers to be used, and the percentage of bandwidth to be used.

Although stress testing of networks can give useful feedback that can be used to improve their performances, there are a couple of precautions to consider beforehand:

The whole purpose of network stress testing with a traffic generator is to see how well your network will hold up against any unforeseen surge of traffic. It is therefore important that at least one person be knowledgeable about these tools and make use of them routinely – it will always be worth the effort.