Wireguard is taking the VPN industry by storm. We'll show you the best VPNs that have the Wireguard protocol built into their apps.
Paul Bischoff TECH WRITER, PRIVACY ADVOCATE AND VPN EXPERT 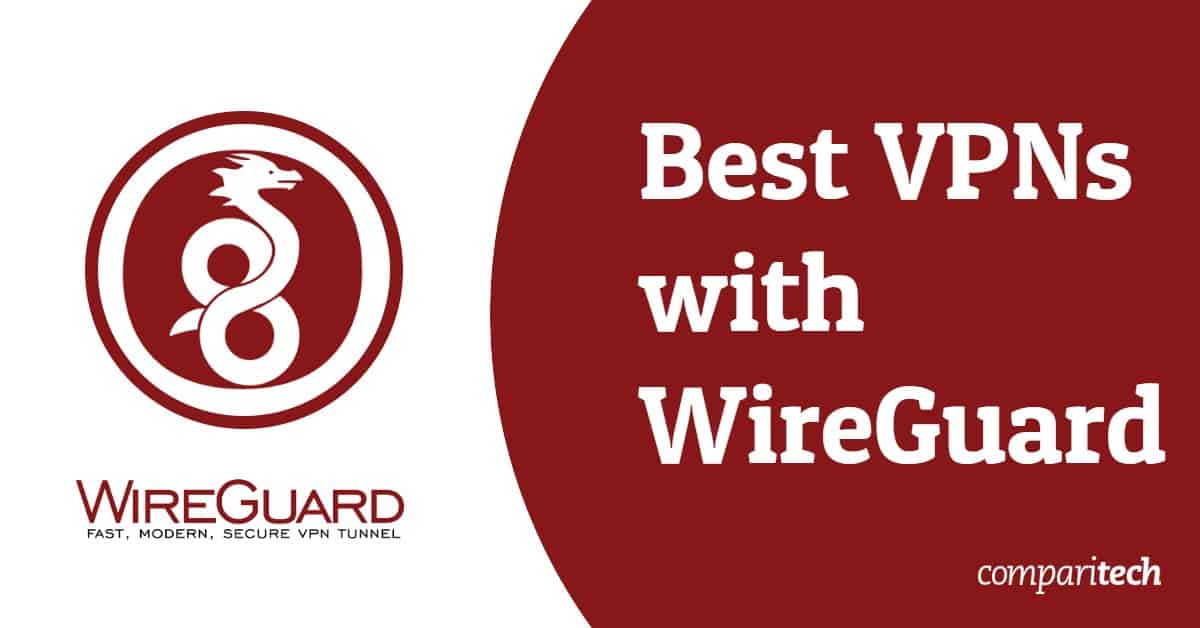 The Wireguard protocol is the latest trend adopted by several top VPN providers. Wireguard promises all the benefits of other popular protocols with none of the drawbacks:

Although Wireguard has been around for a few years, it wasn’t until recently that VPN providers started adding support for it to their apps and servers. We expect to see many other providers add it to their service in the near future.

Right now, though, only a few reputable VPN providers offer Wireguard. If you don’t want to read the full article, here’s a brief summary of the best VPNs with Wireguard:

In addition to having Wireguard, these VPNs meet all of our other quality standards. These include:

Best VPNs with Wireguard in 2020

Here’s a more detailed breakdown of the best VPNs with Wireguard:

NordVPN uses its own modified version of Wireguard dubbed NordLynx. Although Wireguard is secure, the way it assigns IP addresses to users by default would require NordVPN to store some identifying user data on its servers. That would fly in the face of Nord’s strict zero-logs policy.

NordLynx gets around this drawback by using what Nord calls a “double NAT” system. If you’re not familiar with NAT firewalls, we explain it in this article. It’s a bit technical, suffice to say that NordLynx allows you to use Wireguard without NordVPN storing any identifiable user data on its servers. The company explains:

The double NAT system creates two local network interfaces for each user. The first interface assigns the same local IP address to all users connected to a server. Once the secure VPN tunnel is established, the second network interface with a dynamic NAT system kicks in. Dynamic local IP addresses remain assigned only while the session is active and allow not to store any identifiable data on the server.

Using Wireguard on NordVPN is easy. Just go into the settings and select Wireguard from the list of protocols.

Ever since it added NordLynx, NordVPN has come out on top in all of our VPN speed tests. And by a wide margin at that.

In addition to providing fast speeds and keeping no logs, NordVPN can unblock a huge range of region-locked content like that from Netflix, BBC iPlayer, Amazon Prime Video, and Hulu. Security is airtight thanks to strong encryption, leak protection, and a customize-able kill switch. Servers are available in 60 countries, and support is staffed around the clock.

BEST WIREGUARD VPN:NordVPN is our #1 choice. It’s the fastest VPN we’ve tested and comes with every feature a user could ask for. If you disagree, take advantage of the risk-free, 30-day, money-back guarantee.

StrongVPN recently added Wireguard to its apps, and like NordVPN, we saw its speed improve a great deal. If you prefer setting up a manual connection, StrongVPN’s website has a handy generator where you can create a custom Wireguard configuration. Support is available 24/7.

StrongVPN emphasizes privacy and security. It comes with a kill switch and strong encryption. This service is a popular choice among people living in China, enabling access to blocked websites and apps.

StrongVPN reliably unblocks Netflix US, Hulu, and Disney+. We’ve had some success with Amazon Prime Video and BBC iPlayer as well, though it’s not as consistent.

Wireguard comes baked into StrongVPN’s Windows, MacOS, iOS, and Android apps. The config generator should work for any other devices that support Wireguard.

WIREGUARD ON ANY DEVICE:StrongVPN supports Wireguard on all of its apps, which are fast, secure, and easy to use. It comes with a 45-day money-back guarantee.

Wireguard is now available in VyprVPN, a Switzerland-based VPN with a strong track record for evading censorship and protecting privacy. On top of Wireguard, VyprVPN makes a custom protocol called Chameleon, which disguises VPN traffic as normal internet traffic.

VyprVPN speeds are decent, and the addition of Wireguard brought it up a few ranks in our test results. It unblocks a wide range of streaming services including Netflix, Hulu, Amazon Prime Video, Disney+, HBO Now, and BBC iPlayer. It also works in China, but you might have to select a different protocol, like IKEv2.

WIREGUARD ON A BUDGET:VyprVPN's 1- and 2-year deals come with huge discounts that lower the monthly price to as low as $2.50 per month, plus a 30-day money-back guarantee.

What makes Wireguard VPNs so good?

⭐Are there any free VPNs with Wireguard?

We don't know of any free VPN providers that currently use Wireguard. At any rate, we recommend avoiding these services altogether. Free VPNs tend to fall short of the security and performance of their paid counterparts. Many of them log user behavior and activities to generate ad revenue, which violates user privacy. Most free VPNs have strict data caps, bandwidth limits, and/or waiting queues.

⭐What other VPNs will add Wireguard?

We expect to see Wireguard adopted by a lot of VPNs in the near future. CyberGhost already has it in its Linux app, and has said it plans to add it to its mobile apps soon. Surfshark also plans to add Wireguard in the coming weeks. We'll update this article once they do.

⭐How do I set up a Wireguard connection manually?

Operating systems don't yet have built-in support for Wireguard because it's so new. But if you don't want to use a VPN provider's app, you can use a third-party Wireguard client. Your VPN provider might or might not support third-party clients. If it does, you can probably download Wireguard configuration files directly from their website. StrongVPN offers this option.