How to watch AFCON 2019 online from anywhere

Want to stream the 2019 Africa Cup of Nations finals (Senegal vs. Algeria) online? We explain how to watch AFCON 2019 live from anywhere with a Virtual Private Network (VPN).
Ian Garland Streaming, Kodi and VPN Expert 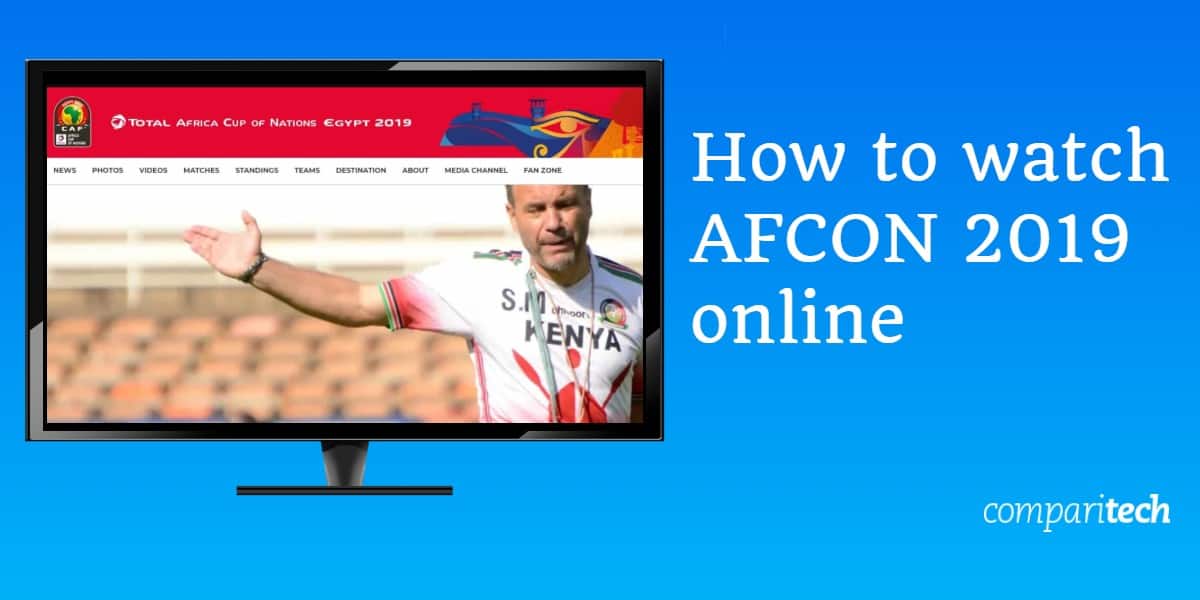 The 2019 Cup of Nations is almost over, and will end with the final on July 19. This year, it’s Senegal vs. Algeria, two fairly evenly-matched teams. There’s massive international interest in this event, and accordingly, it will be covered heavily on sports channels around the world. Below, we’ll explain how you can watch the Africa Cup of Nations final online from anywhere.

Note that this post will only recommend official sources. Major sporting events are almost always available on shady streaming sites but we don’t recommend using these. Usually, these sites only offer laggy, low-resolution streams and their videos can be taken offline at any moment for copyright violation. As such, you might not even get to see which team wins a particular match. With so many international broadcasters, there’s no reason to resort to unreliable, third-party streams.

All of the services showing the 2019 AFCON final are region-locked. This means you’ll need a VPN to access them from outside of their respective countries.

VPNs route your network traffic through an encrypted tunnel to servers in other countries. This sounds complicated but simply put, it means you can keep your online activities private and access websites that are usually unavailable in your country. We recommend ExpressVPN: it’s a fast, security-conscious service with excellent unblocking ability and over 3,000 servers in 94 countries.

You can get started with ExpressVPN in a matter of minutes: just choose your preferred subscription length (one month, six months, or a year) and pay. You can even pay with Bitcoin if you’d like, but ExpressVPN doesn’t log any personally identifiable information, so your activities can’t be traced to you either way. ExpressVPN includes a 30-day money-back guarantee, meaning you can try it risk-free and simply claim a full refund if unsatisfied (or if you only needed a VPN to watch the 2019 AFCON final abroad).

New to VPNs and not sure how to get started? Just follow the steps below to bypass regional restrictions and stream whatever you want, wherever you are in the world:

You should note that Senegal vs. Algeria will be broadcast live. For this reason, it’s important to test your VPN and make sure it works well in advance of kickoff time. In doing so, you ensure that if anything goes wrong, you’ll still have time to get help from your VPN’s customer support team and might not have to miss the start of the match.

This tournament will be shown in over a dozen countries, but each has its own official broadcasters. Take a look below to find out how to watch the 2019 Africa Cup of Nations online in your country:

beIN Sports is the official AFCON broadcaster in the US. It’ll be showing the 2019 Cup of Nations final live online, in both English and Spanish. If beIN Sports is already included in your cable TV package, you can simply sign in and start streaming immediately at no added cost.

Luckily, there are ways to watch, even if you don’t have cable. beIN Sports allows you to sign in with your fuboTV or Sling TV account. Both of these services include a one-week free trial, so whichever one you choose, you’ll be able to stream the AFCON final live online for free.

beIN Sports, fuboTV, and Sling TV are only available in the US. As such, you’ll have to either be in America or connected to a US VPN server in order to watch.

British soccer fans will be able to watch the final game of the 2019 AFCON tournament live on Eurosport. If you already subscribe to Eurosport, you can watch online at no added cost, but otherwise, you’ll have to pay £6.99 per month. You could also add the Eurosport addon to your Amazon Prime Video account: this costs the same amount but comes with a one-week trial.

TVPlayer’s Premium Pack lets you watch Eurosport 1 and 2. This costs £6.99 per month, but gives you the first month for free. This means you can live stream Senegal vs. Algeria for free as long as you remember to cancel before the trial ends. However, as these games will air live, you’ll need a TV license in order to watch. Neither Eurosport nor TVPlayer actually check whether you have one, though, instead relying on users to police themselves.

Eurosport and TVPlayer are both geo-blocked. As a result, you’ll have to use a VPN to access them from outside of the UK. 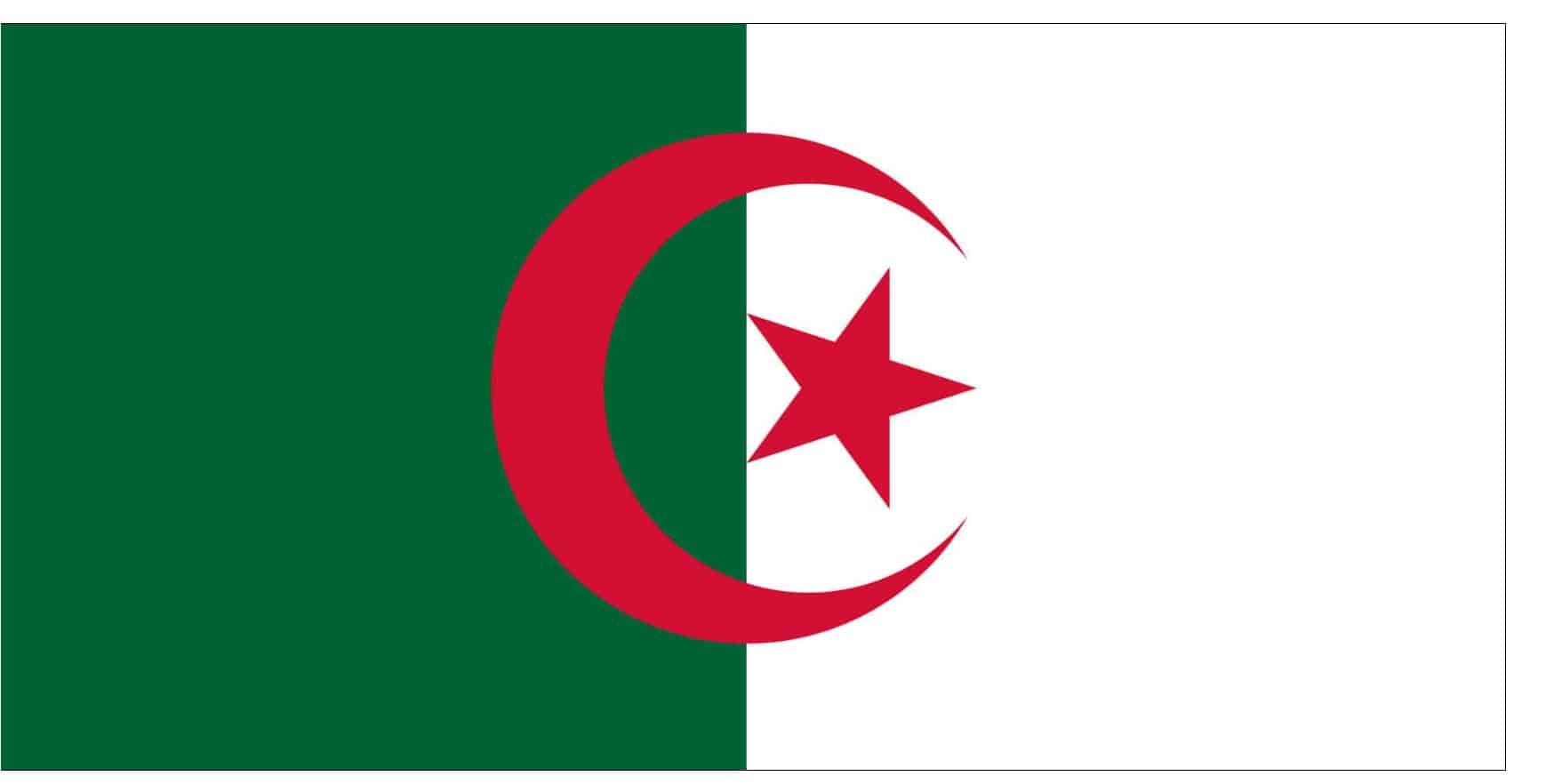 TV5Monde is completely free to watch but will only have French-language coverage. In contrast, SuperSport will offer both English and Portuguese commentary. The problem is that to stream SuperSport, you need a DStv account. Unfortunately, registering for DStv involves having services installed at your home, and the company only operates in Sub-Saharan Africa. This makes it effectively impossible to access SuperSport unless you usually live in a supported Sub-Saharan African country.

Both TV5Monde Afrique and SuperSport are region-locked. However, you can still access these platforms from abroad by connecting to a VPN server in your home country.

Don’t worry if we haven’t mentioned your country above. The 2019 AFCON final will be shown all over the world; there are just too many countries to address individually. However, Wikipedia has an up-to-date list of international AFCON broadcasters which makes it easy to find out which networks are showing the tournament in your country.

How does the Africa Cup of Nations tournament work?

The 2019 AFCON format is pretty straightforward. There are 24 teams in total: the host country (this year, Egypt) and 23 other teams who won their place in a qualifying tournament earlier in the year. These teams are split into six groups of four, and every team in a group plays each other once. Afterwards, the sixteen teams with the most points progress to the knockout stage.

From here, a single loss spells the end of a team’s AFCON journey. The only exception is after the semi-finals, wherein the two eliminated teams will compete for third place. In the event that a game ends in a draw, extra time will be played, and finally, the winner will be decided by penalty shootout.